Google is adding a bunch of new Pixel features, promising improvements in battery life, better integrations with the Google Assistant, and new personal safety features. The update will see Adaptive Battery get new tweaks to better manage power consumption from apps, and give more insight into just how long your Pixel should last.

Adaptive Battery arrived in Android Pie, as a way for the OS to learn how individual devices were being used and tweak its power management accordingly. Rather than just automatically putting all background apps to sleep to save power, for example, Adaptive Battery figures out which you rarely use and then cuts power to them.

With this new update, however, Adaptive Battery promises to weigh in even more. The promise is that it will automatically predict when your phone’s battery will run out, and then further cut how much background activity is going on to eke out the longest time from the remaining power. It’ll be available for Pixel 2 phones and newer.

Personal Safety is getting more ubiquitous

Google launched the Personal Safety app on the Pixel 4, as a way to more easily get help in an emergency. Though it’s carrier dependent, the Pixel 4 can even contact emergency services automatically, and share emergency information – like blood type, medications you’re taking, and any allergies you might have – with those organizations. 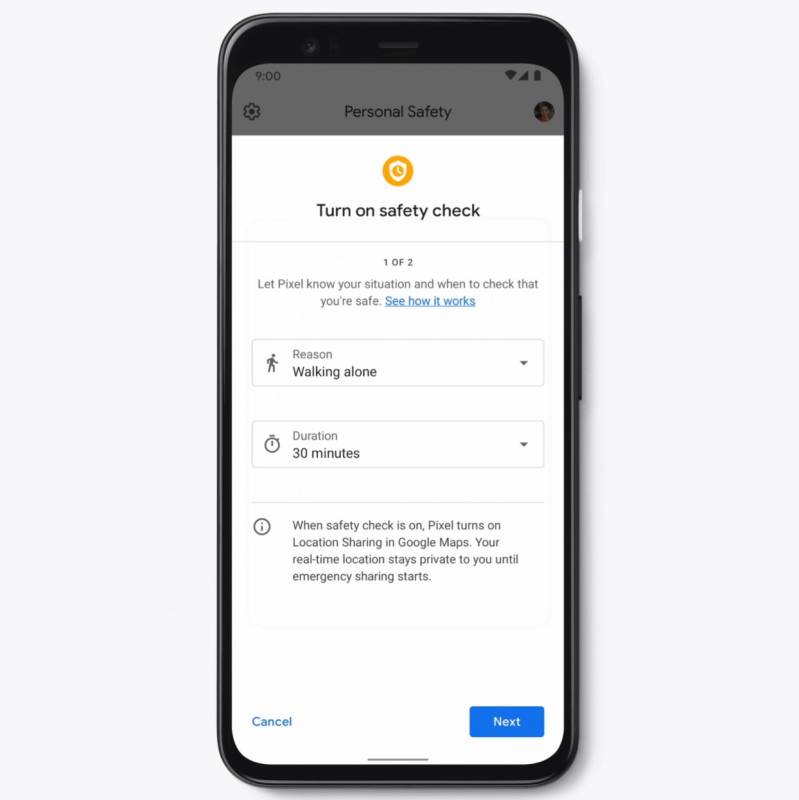 Now, the Personal Safety app is being rolled out to all Pixel devices, Google says. In addition, Car crash detection – which uses the phone’s sensors to recognize if the user has been involved in a crash – will be added to the Pixel 3. As before, that’ll only be in certain countries, mind.

Personal Safety is also getting new features. Safety check, for example, will schedule a check-in from the app. If you’re going out on a run, for example, you can schedule a reminder to check in when you’re scheduled to be back. “If you don’t respond to the scheduled check-in,” Google explains, “the app will alert your emergency contacts. In the event that you need immediate help or are in a dangerous situation, emergency sharing notifies all of your emergency contacts and shares your real-time location through Google Maps so they can send help or find you.” 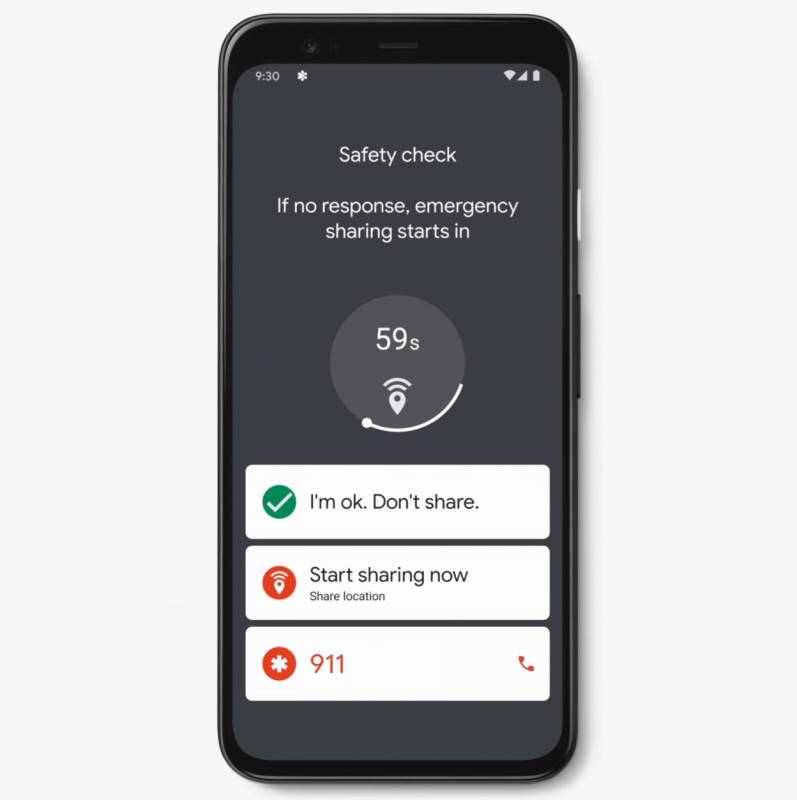 Crisis alerts, meanwhile, will be an optional addition to the Personal Safety app. They’ll ping out whenever there’s an urgent update about natural disasters or other emergencies.

The Pixel Clock gets a new bedtime feature

Given how 2020 is going so far, you’d be forgiven for not getting particularly great sleep. A new bedtime feature in the Pixel Clock, however, aims to address that. 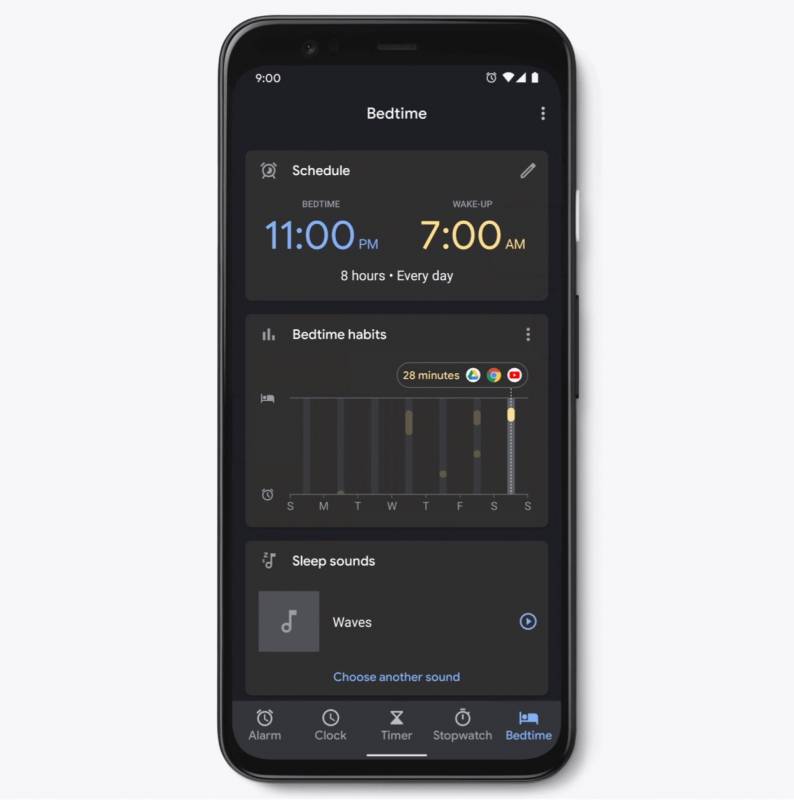 It will offer calming sounds that play as you fall asleep, as well as limiting interruptions while you’re trying to drift off. If you stay up too late, beyond your preset bedtime, the Pixel will show a snapshot of how much time you’re spending awake, and the apps you’ve been using during that period. That way, you might know which to avoid.

On the flip-side, mornings can now have a Sunrise Alarm, which gradually raises the screen brightness to mimic a natural sunrise. Alternatively, there’s the option to use a music track instead.

Hey Google, let’s use the Recorder and Docs better

The last new feature in today’s Pixel update is around better integration between the Google Assistant, Google Docs, and the Recorder app. With the latter, for example, you’ll now be able to say “Hey Google, start recording my meeting,” and have the recorder automatically open and start capturing audio.

You’ll also be able to search through recordings via voice. “Hey Google, show me recordings about cars” will pull up car-related clips, for example, taking advantage of Google’s on-device voice-to-text system. Transcripts from the Google Recorder app can also be saved to Google Docs, now.

The new Google Pixel features will be rolling out from today.