Google’s newly released Pixel and Pixel XL smartphones are, in some cases, suffering from a serious camera issue that overlays magenta-colored streaks over images. This issue has been reported by Pixel owners over the last several weeks, and though Google is looking into the issue, there’s no solution at this time. However, some Pixel owners report finding troubleshooting techniques, of which these are the five most successful methods.

This is the troubleshooting technique that is least likely to work in the long-term, but one that Pixel owners report being told to try. Just hold the phone’s power button and then choose to restart the device when prompted. Wait for the Pixel to boot back up, then check the camera and see if the problem persists. If it does, try something else. Otherwise, this may be the key to temporarily fixing the issue for your phone when it reappears.

This is a big step over restarting the device, an annoying one that requires backing up your data, wiping the phone, then setting it back up from scratch. That’s a hassle, yes, but some users report this fixing the issue for a short period of time or longer. To factory reset your Pixel phone, you’ll need to head into “Backup & reset” in the Settings menu, then tap “Reset phone.” Confirm that you want to reset the phone, then wait while the device does the rest.

One user in the Google Product Forums thread where the problem is discussed has suggested that turning off the camera app’s gridlines solves the problem. Response to this has been mixed; some users say it appears to work, while others say it actually makes the problems worse. It’s a low-effort troubleshooting tip, though, so give it a try if your Pixel camera is on the fritz and let us know how it works out for you.

Put the Pixel in Airplane Mode

This is an oddity, but also the troubleshooting method that appears to work for most people who try it: turn on Airplane Mode. It has been suggested that low cellular connectivity is somehow related to this camera bug, and that the magenta streaks on-screen disappear when the handset is in this mode. If this is true, we can hopefully expect a software update in the near future that fixes the bug. 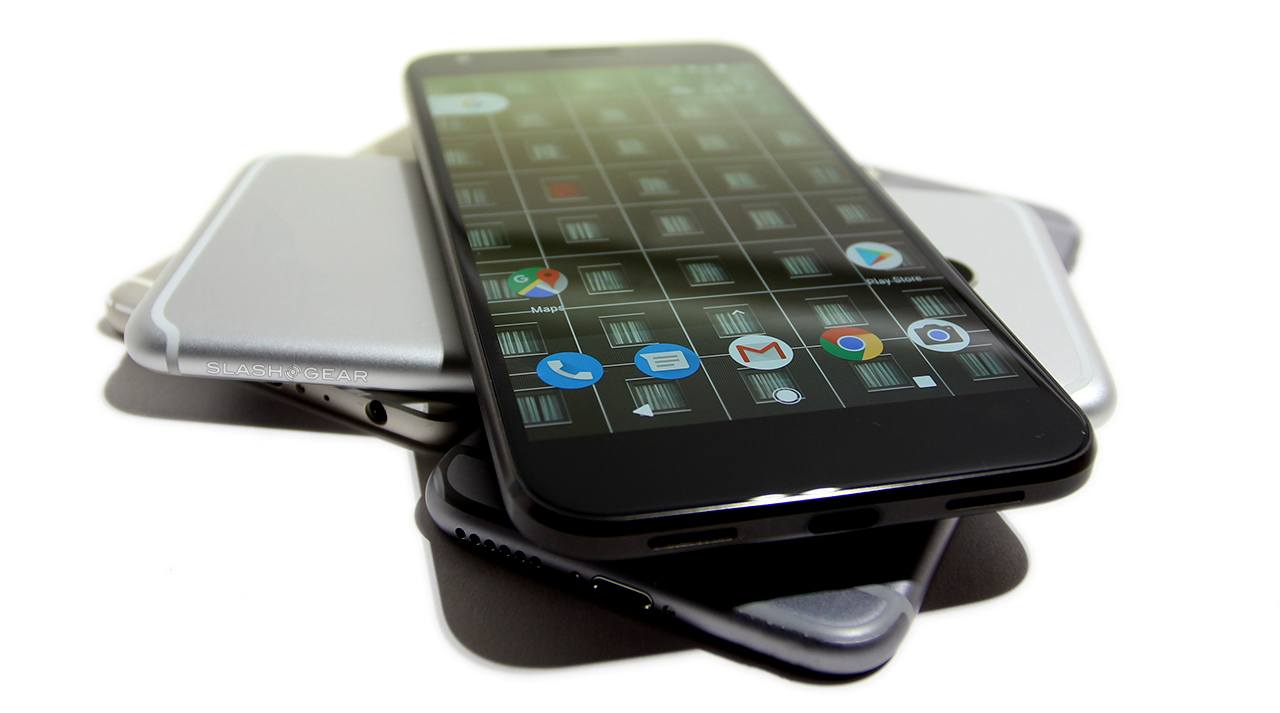 Use a third-party camera app

There’s contention between users about whether this is a hardware problem or a software problem. Some think the magenta streaks and other issues result from the Pixel’s camera app itself, reporting that third-party camera apps don’t experience the same troubles. However, other users have reported in the Google Product Forums thread that third-party camera apps on their Pixel phone still experience the same issue, so this may not work for you.

Yes, this isn’t a troubleshooting technique, but it needs to be mentioned anyway: if your Pixel is covered by the return/replacement period, get a replacement handset ASAP. This may not get you anywhere, as at least two people report getting replacements that also have the bug, but there’s a chance you’ll get a new handset that doesn’t have whatever defect this is. This is especially important if the problem turns out to be hardware-related rather than something Google can fix with a software update.

Google hasn’t officially provided any workaround for the problem, and though it reports that it is looking into the issue, all has been silent for the last couple weeks. This leaves frustrated Pixel users to hash out the problem themselves in search of a solution. All of the above have been reported as possible troubleshooting successes, but none of them are guaranteed to work. Find out more in the Google Product Forums thread here.