Google Pixel 5: What to know before you buy

Looking to buy a new Android phone? How about the Google Pixel 5? Google makes some of the best Android phones, and below we’ll tell you everything to know before you buy the Pixel 5.

Google follows an annual upgrade cycle for its smartphones, introducing new high-end phones near the end of every year. The latest and greatest is the Pixel 5, released back on October 15th. This year they added a better screen and cameras, more storage, improved performance, added fast 5G speeds, and much more.

What Google didn’t do is shove four cameras on the back, pack in a crazy fast processor, and add so many features that it costs an arm and a leg. Instead, it’s a fully-loaded phone with all of the essentials for one affordable price. So, here’s what to expect and why you’ll love Google’s new Pixel. 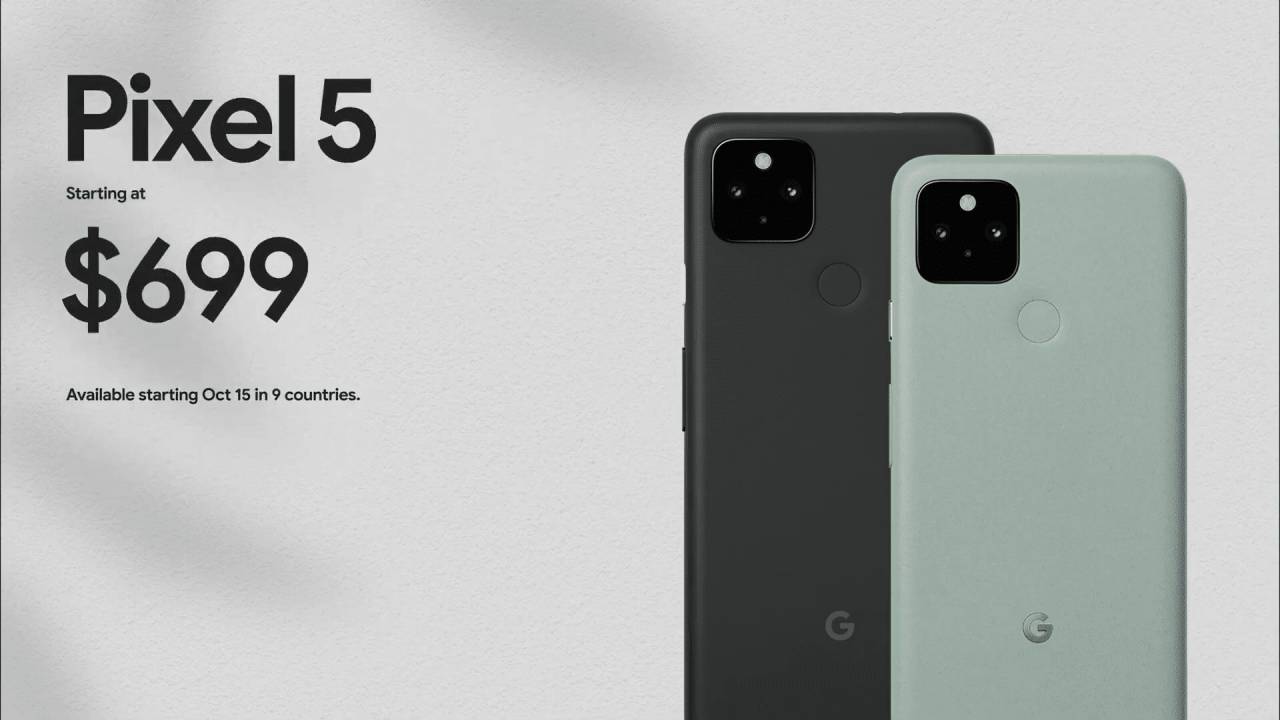 Perhaps the most crucial aspect of the Pixel 5 is the price. While it only comes with one storage option, 128GB, instead of several sizes like the competition, the Pixel 5 is only $699. That low price point makes it an exciting and realistic purchase when you compare it to the $1,000+ Samsung Galaxy and iPhone competition.

Google made some concessions to get its phone priced that low. As we said above, it doesn’t pack a ton of cameras or use the latest and greatest of everything, but it has more than enough for everyone to enjoy.

When you compare that with last year’s sub-par Pixel 4 XL, which arrived at $999 for the 128GB model, it shows just how affordable Google made this phone.

Before we talk about anything else, let’s go over the specs and features. A few aspects of this phone differ from something like the Galaxy S20 or OnePlus 8T to make the Pixel 5 affordable.

Yes, the Pixel 5 has a beautiful 6-inch 90Hz display, two capable rear cameras, plenty of storage, and a nice durable design. It does not have the absolute latest and greatest Snapdragon 865 processor, crazy fast wireless charging, or six cameras scattered throughout the front and back.

The main two takeaways are that some Android phones offer faster charging speeds and a better processor than the Pixel 5. However, The Snapdragon 765 chipset inside this year’s Pixel is plenty powerful and more than enough for any app, game, or service you want to use. At the same time, it delivers 5G speeds and an affordable price tag. Google specifically chose it to provide a great price/performance smartphone.

For those comparing it to other devices, the Pixel 5 has a huge 4,080 mAh battery, which is a substantial upgrade over the 2,800 mAh battery in last year’s Pixel 4. That big 6-inch screen also rocks a faster 90Hz refresh rate, which means it refreshes 90 times per second and 50% more than the 60Hz screen in something like the iPhone 12. A high refresh rate makes the phone look, feel, and operate fast and smooth — hence the name “Smooth Display” by Google. 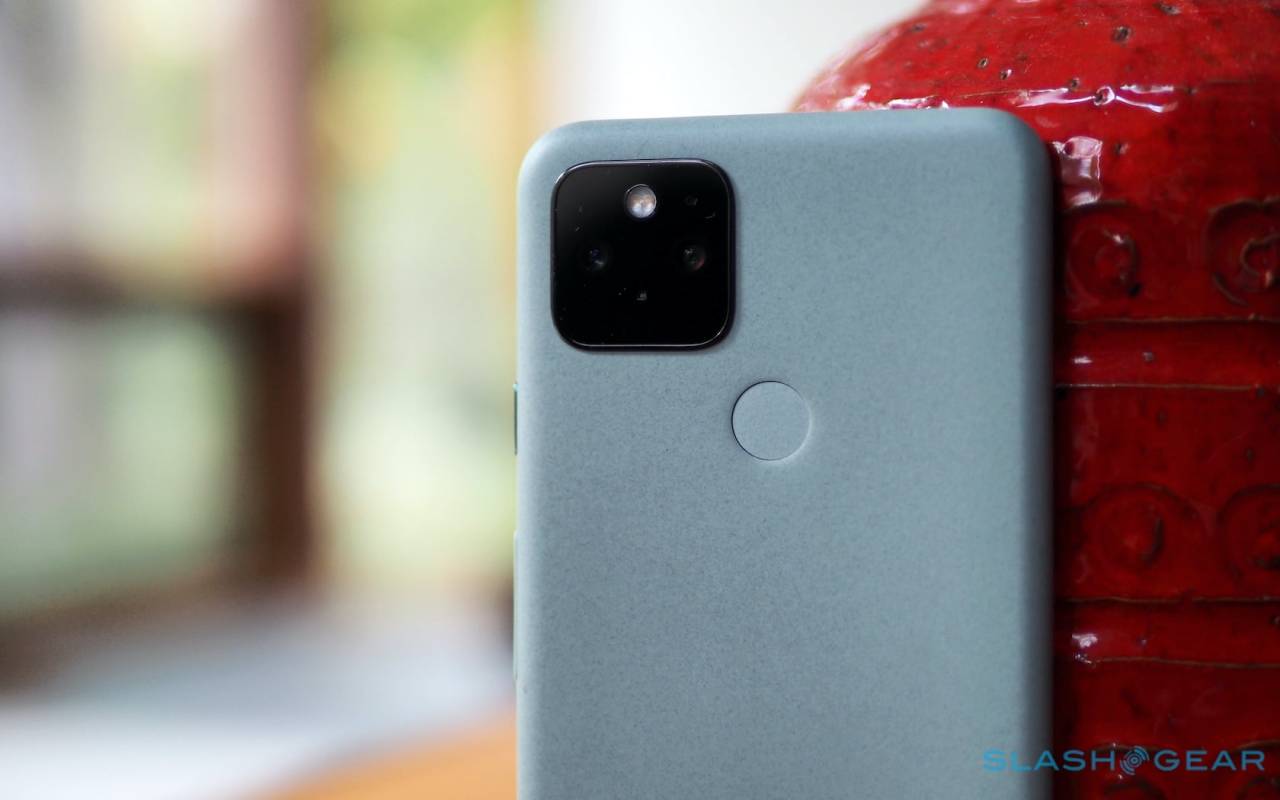 If one area in our guide needs a little more attention with a Pixel phone, it’s the cameras. That’s because Google consistently delivers some of the best camera hardware AND software in smartphones. Honestly, the camera quality and consistency is usually the main reason we recommend people buy Google Pixel phones.

This year you’ll get the exact same main 12.2MP camera sensor that Google’s used for years. And that’s ok because they do software magic, which pairs beautifully with that sensor. On Pixel 5, you’ll also get a new 16MP ultra-wide camera, a first for the Pixel series. Google opted to deliver an ultra-wide this year, and they ditched the telephoto lens from the Pixel 4 completely. So, the Pixel 5 only has two cameras: the main sensor, and an ultra-wide sensor. 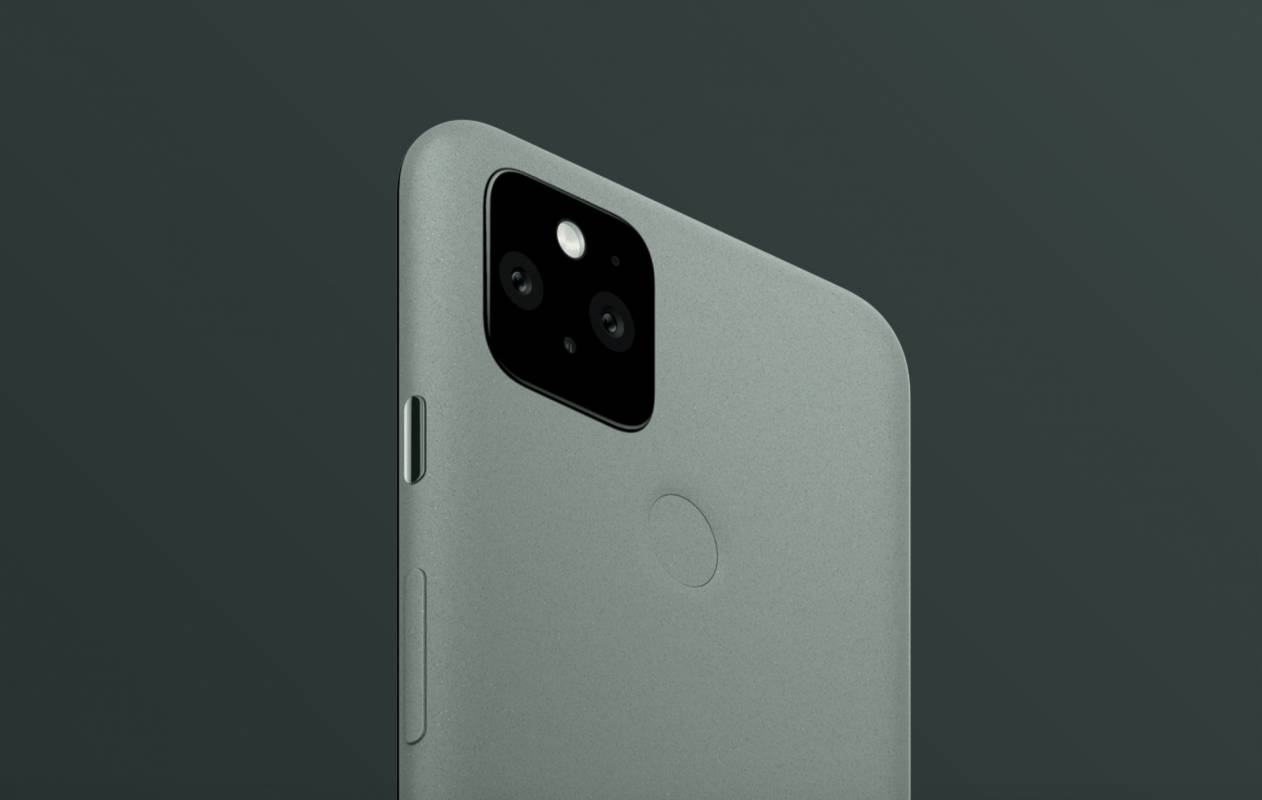 The idea here is to keep two excellent and highly capable cameras with the phone, improve the software and features, and deliver a great overall experience. This is completely opposite from the competition like Samsung, who packed so many cameras in the Galaxy S20 Ultra that the experience suffered and has all sorts of camera issues. Again, quality, consistency, and affordability.

The end result is a Pixel 5 that takes fantastic photos during the day, at night, outside, indoors, and even does some neat Cinematic Pan 4K recording things too. It might not be the best of the best at recording, but few phones compare in terms of overall photo-taking abilities. You can see plenty of camera samples in our full Pixel 5 review detailed below.

Google Pixel 5 vs Pixel 4a with 5G and More 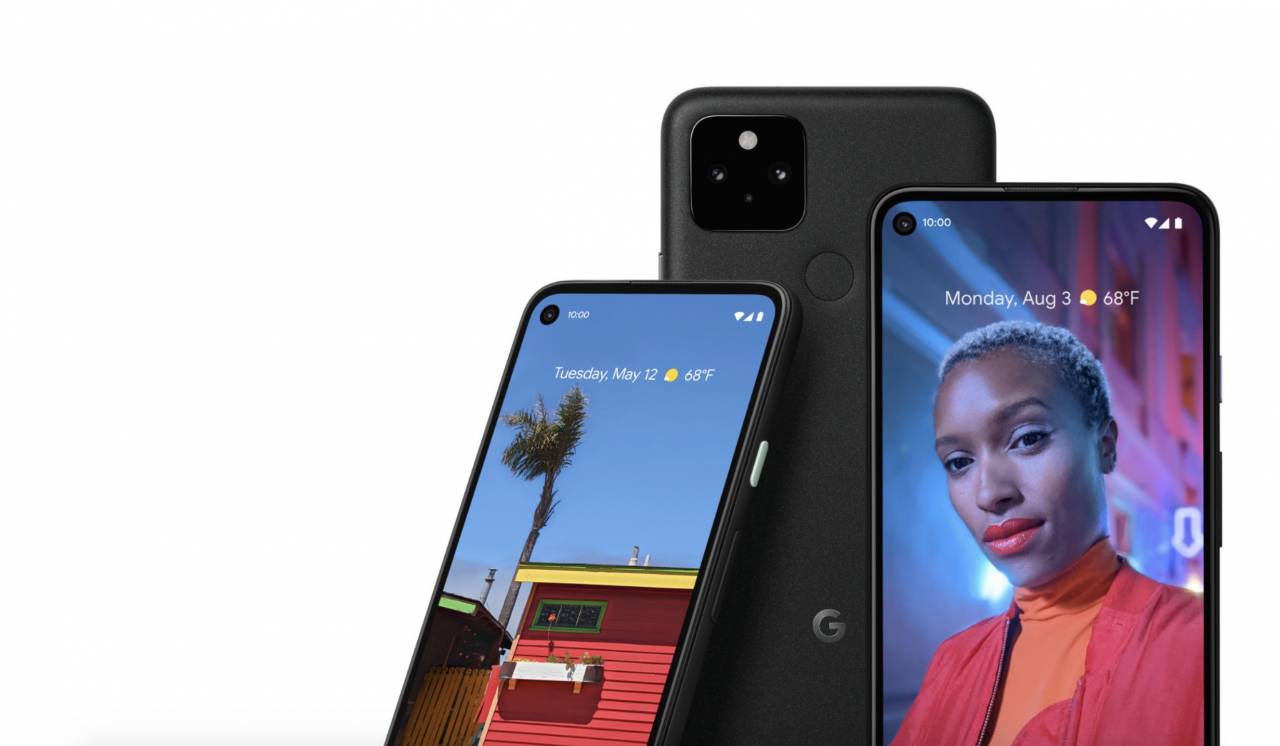 Google’s lineup is a little confusing this year, but that’s partly due to adding 5G to phones in the second half of the year. Unlike the Pixel 4a, which is a budget device, the newer Pixel 4a with 5G (released October 29th) is much closer overall to Google’s flagship Pixel 5.

The Pixel 5 is Google’s best overall phone, but for a little less money, you can get a slightly bigger 6.2-inch Pixel 4a with 5G that lacks most of the high-end features of the Pixel 5. Those include missing the 90Hz display, wireless charging, water-resistance, and a smaller battery. You’ll have to choose which features and screen size is right for you. 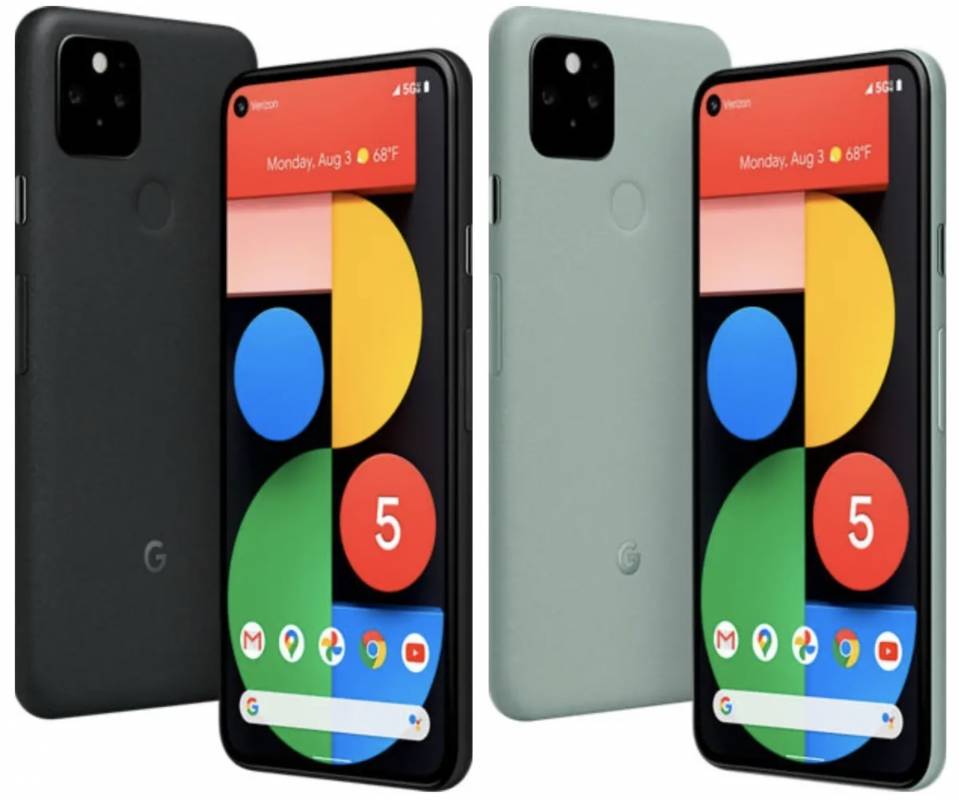 This year Google limited the colors more than usual, although they’ve never been one to offer a ton of colorways like Apple or Samsung.

You only have two colors to choose from, including Just Black or Sorta Sage. We’re huge fans of the “Sorta Sage” green color, as it’s unique, fun, and different. We’re assuming the Orange Pixel 4 didn’t sell very well, which made Google go with something more subtle and classy this time around. 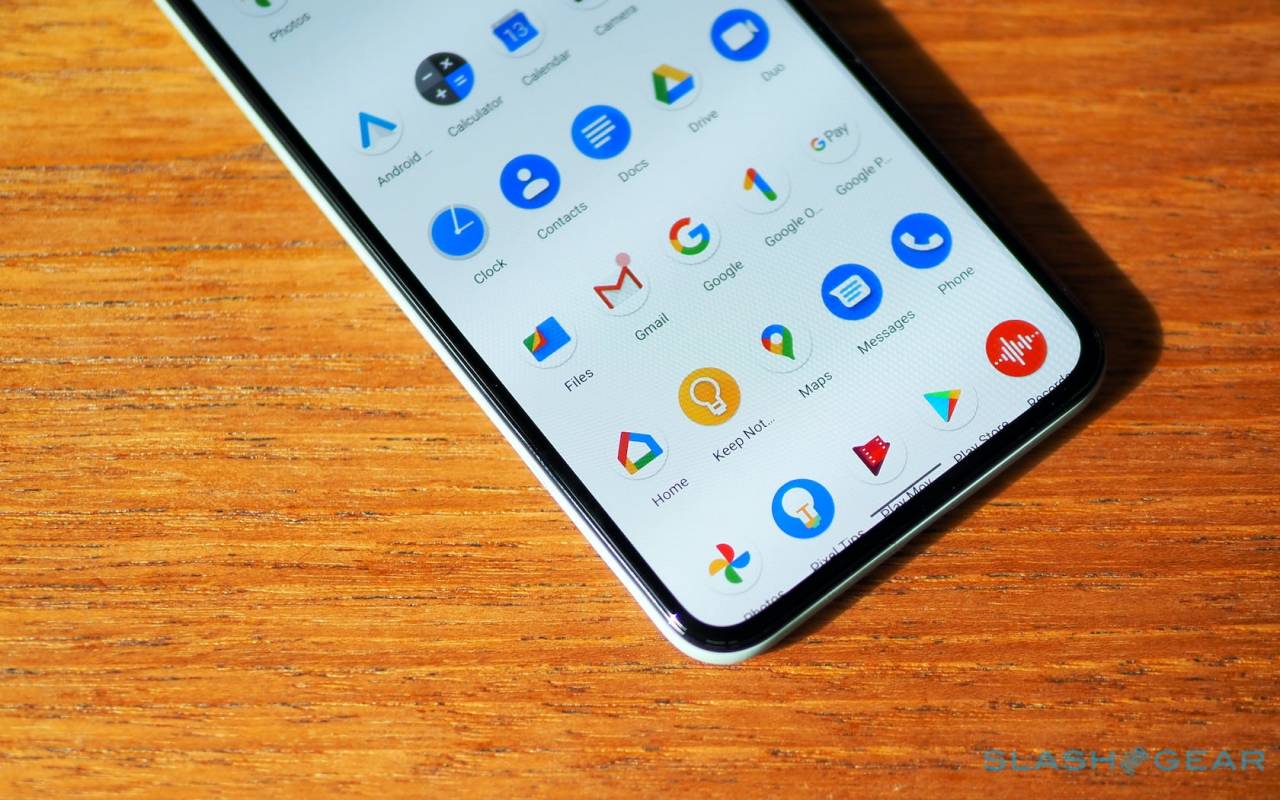 In our review of the Pixel 5, we came away impressed by the overall package and lack of gimmicks. Our own Chris Davies gave it a 9/10 on the Editors’ Rating and had this to say at the end,

“In a year where four-figure, high-end smartphones run the risk of feeling out of touch, the $699 Pixel 5 seems much more compelling. By leveraging the recipe that made its “a”-series phones so strong, Google’s features get to take the spotlight rather than questionable hardware decisions. While the Pixel 5 may not have all the tricks and gimmicks of rivals, it’s a reminder that though specs are important, it really is what you do with them that counts.”

At the end of the day, he’s right. Google focused on what matters, software upgrades, and key changes in all the right spots to make it a great phone at a great price. So is this the phone for you? Get yours today on Amazon or for $699 from the Google Store.