Google Pixel’s 2nd generation smartphone images leaked today with a set of specific hardware details. This device will be one of two Pixel smartphones released this year, one Pixel 2, and one Pixel XL 2 – though the names themselves have not yet been shared officially, these are the most likely candidates. Now what we’re going to do is compare specs and size up the differences between these devices based on the information we have so far. 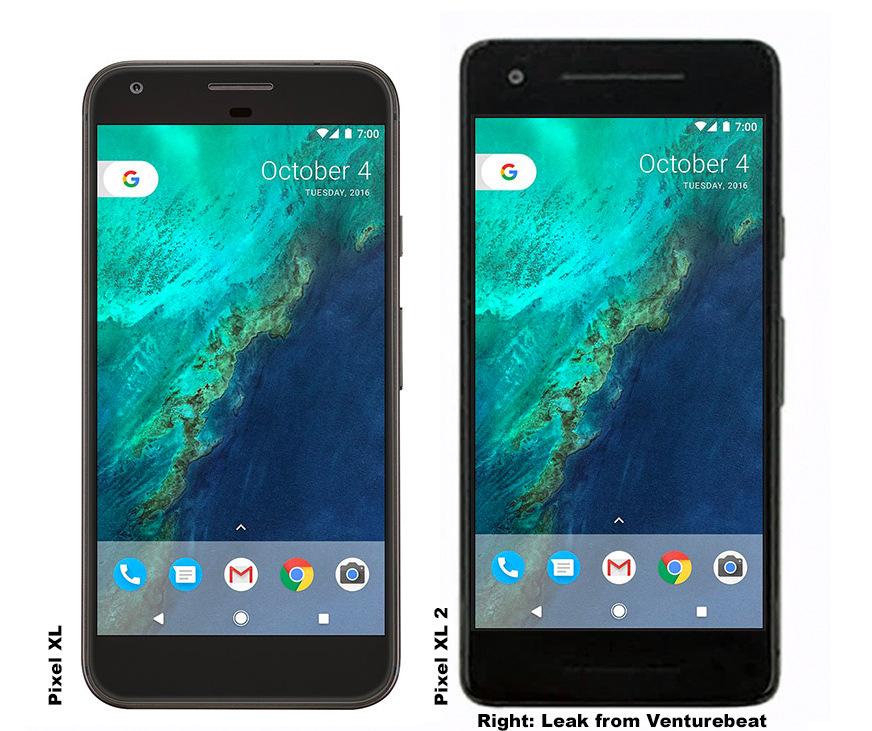 First, up front: the display size is the same. It’s extremely unlike that Google changed the display size and/or resolution of this device over the course of this last year. The front also features horizontal lines at the head and the foot of the front glass panel. These indicate speakers, and indeed it is tipped today that this device (and possibly the smaller Pixel) will feature forward-facing speakers).

As tipped several times over the past few weeks, the Google Pixel XL 2 seems to have gotten rid of the standard headphone jack. In If Google Pixel 2 ditches its headphone jack I swear to god I mention how Google’s approach (if the jack is gone) should be to put speakers on the front, like BoomSound from HTC – and that seems to be what’s happened.

The back shows a device whose identity has changed very little year-to-year. There’s still a single camera lens – albeit a larger camera lens cover and perhaps a larger lens array. There’s still a dual-LED flash (super bright and good for flashlight mode). Still in the same place as it was last year there’s a single fingerprint scanner. 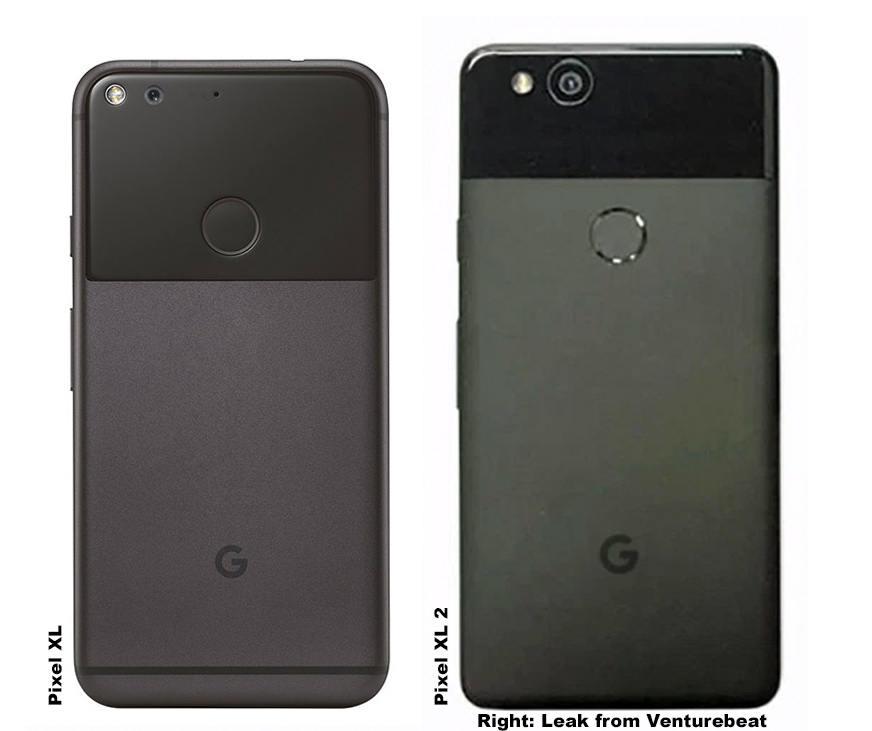 Based on what we’re to understand from the size of the elements on the phones, we can compare the size of the overall phone bodies. If what we’ve got here is true, the new Pixel XL will indeed be taller, perhaps right around the same width, and will have a BIGGER forehead and chin area up front. It would appear that this is happening because there are now a couple of face-blasting speakers onboard.

SIZE NOTE: I sized the devices up to match, cut out the display from the original Pixel, and pasted it on the new model. It fit precisely – no resizing necessary. It sits up a little higher than before if we’ve got both devices standing in portrait mode, but they are literally the same size – based on our analysis.

I’m hypothesizing a lot here – on the speakers being the reason for the extended head and chin and on the display size especially. Another place I’m guessing there’s an adjustment is in the battery size. The size probably isn’t significantly larger, but a longer phone generally points to that element extending too.

OH GOD RELEASE WHEN: Last year Google’s Pixel event happened on October 4th. Thus far we have no official reason to suspect that Google’s event for this device (and its close associate) will be any different. Stick around SlashGear’s discussion hub on Facebook for a chat about what’s going on here.

RENDER NOTE: The Pixel rendering at the top of this article comes from designer Anthony Boyd. He’s created a massive amount of renderings of all sorts of device, all of which are available through his Anthony Boyd graphics page. The rest of the images come from Venture Beat, compared by SlashGear to the original Pixel images by Google. UPDATE: To be clear, the head image in this article is of the original Pixel XL, not the Pixel 2.