This morning we’re having a peek at a number of images and predictions for the Google Pixel 2. This device will very likely bring about another pair of hits for the company that sells it – Google – with a combination of high-quality hardware and hyper-tuned software. This means swift, responsive mobile action and very likely the best smartphone camera on the market – in at least two sizes.

Early development code suggested that the Google Pixel 2 might come in three sizes. More recent development codes posted to the Android Open Source Project suggest that development has ended on the mid-sized device, and that Google’s next two Pixel smartphones will be akin to a Pixel and a Pixel XXL – though the names might not reflect that right on the nose.

This next generation of Pixel 2 devices – if that’s what they’re called, that is – will be better than the last. It should go without saying that the devices will have more advanced processors, but their displays have been tipped to be significantly improved. It isn’t that the Pixel and Pixel XL had bad displays – but the next generation should get a bit closer to the top of the pack.

The concepts you’re seeing here come from Concept Creator – more can be accessed from this same creator through the YouTube video below. This video shows what the Google Pixel 2 and Google Pixel 2 XL will quite likely look like. Images are based on rumors and unverified information from 3rd-party sources.

The images below also come from Concept Creator and feature a design that’s sort of halfway between an LG G6 and a Nexus device of the past. This would seem to be a design that’s based largely in LG’s design camp. Google’s designers – as always – would likely have had a large hand in making this device look like it does – or might. 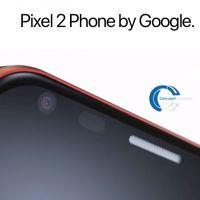 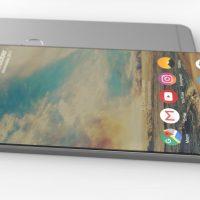 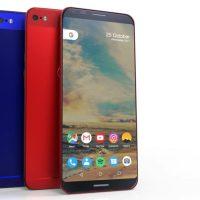 These concepts are based on early information from sources we at SlashGear have not been in contact with personally. However, they do seem to be pretty close to what might come based on what we’ve reported in the past.

Word on the street is that the Google Pixel 2 will be largely the same as last year’s model as far as display and RAM go. The new processor will make the device far more powerful, but there’s one detail that might have those few headphone-users in the crowd less than pleased. On the plus side, the device might be thinner – if that’s the sort of thing you like.

The Google Pixel 2 XL – as we’re assuming it’ll be called – will out-do its predecessor for size. The amount of pixels in the display will likely be the same, but the panel itself will be slightly larger. There’s also a tiny change in internal storage size availability – a 64GB edition instead of 32, but the 128GB remains the biggest – or MAY remain the biggest, I should say.

These specs are based on rumors and anonymous tips gathered over the past several months. These devices will likely be revealed in September or October, depending on Google’s aim to keep with tradition in timing. Stick around our Android hub for more information on the Pixel 2 including release dates and eventual hands-on and reviews.