A patent application has just revealed that Google is going to be implementing rear-touch controls for its future Android smartphones. The patent is similar to a patent filed by Apple in 2006, which it planned on using to implement the rear-touch feature in its future iPads. However, it’s been 7 years since Apple was granted the patent, and yet there are still no iPads with rear-touch controls. Perhaps Apple will begin production on that project now that Google is gunning for it too.

The rear-touch controls will allow users to navigate through various content. They will be able to flip through pages in a magazine or an e-book, navigate through their music selection by skipping or replaying their songs, scroll around through web pages, and more. There are a ton of possibilities that can come with rear-touch controls, and most will be utilized in order to create a much more pleasant one-handed user experience. 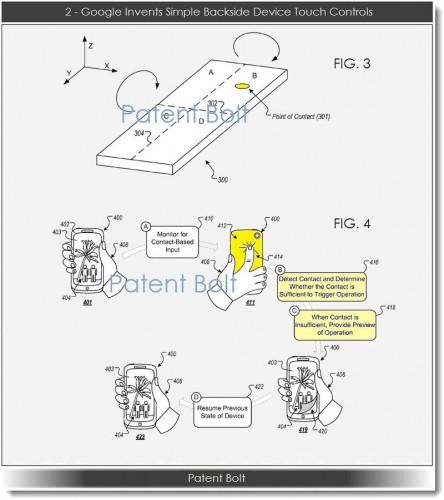 While Google has just received its patent, and Apple had the patent since 2006, they’re still way behind Sony. Sony was the first to implement rear-touch controls in its PlayStation Vita device. The device utilizes the rear-touch feature in many games. The touch-pad is used in many games to perform tasks like lobbing grenades, performing silent kills, controlling the camera, selecting multiple targets, navigating through maps, and more. 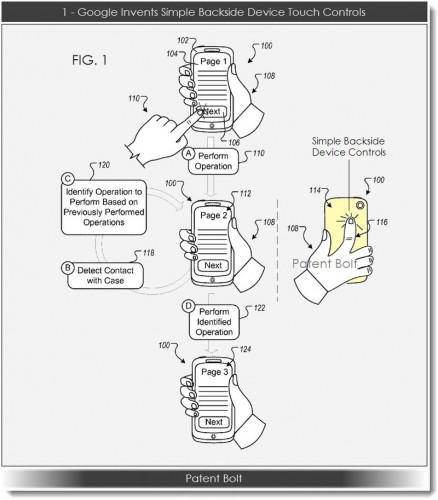 Google will not be limiting rear-touch controls on just Android smartphones however. It says that it may bring it to its Android tablets and Chromebook as well. Hopefully Google follows through with implementing its rear-touch controls, unlike Apple. We could see the use of rear-touch controls be used in so many ways other than just flipping a page. Developers would probably have a field day with the feature, integrating it within their apps and their games for a much better user experience.