Google‘s social network, Google+, may only have been operational for little over a year, but it has already accrued over 90,000,000 users according to CEO Larry Page. Announced as part of Google’s Q4 2011 financial results today, the milestone comes just four months after Google+ was opened up to general public registrations. However, it’s still in the shadow of the Facebook behemoth.

Facebook was believed to have 800m active users back in September 2011, and has been aggressively promoting site changes since then in an attempt to increase popularity and engagement. Earlier this week, Facebook launched Timeline Apps, part of its Open Graph promotion to increase the amount of personal data shared on each users’ wall.

Still, Google’s achievement is a credible one, given it came significantly later to the social market than rivals. The search giant has boasted that it added at least one new feature to Google+ each day since July 2011, most recently the ability to initiate YouTube video recording directly from the service itself. 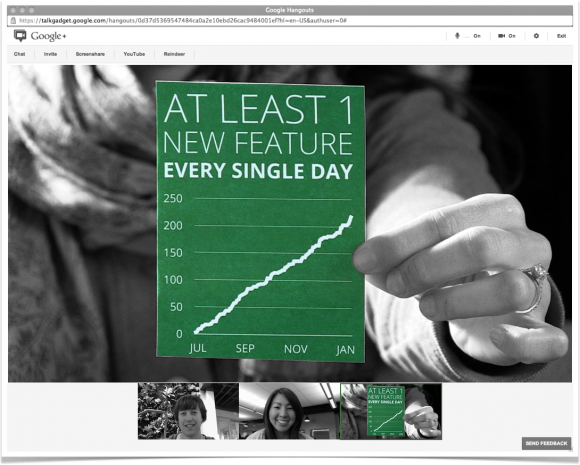 “Four months ago, when we opened to the public, we were not sure what kind of reception we would receive. Your feedback has helped us build this service, and we can’t thank you enough for your enthusiastic support” Vic Gundotra, Senior Vice President of Social at Google, said today, unsurprisingly taking to Google+ to celebrate the milestone. Gundotra also quoted anthropologist Margaret Mead, likening her famous quote “Never doubt that a small group of thoughtful, committed citizens can change the world. Indeed, it is the only thing that ever has” to the early-adopters of the social network.