Google is experimenting with a “hyper-local news card” for Google Now that flags up location-specific information, such as nearby store promotions, social activities, or breaking news. The new card, currently in internal testing as Google works on the overall “Explore” experience, was confirmed by VP of search and assist at the company, Johanna Wright. Speaking to Quartz, Wright described the new info pane as “very, very targeted to you and your interests.”

“One thing we’re testing right now is a very local hyper-local news card … which is really useful—it teaches me things about my neighborhood” Wright explained. “For example, I found out Miss Mexico came to my son’s school, I saw that [the local] Chipotle was giving out burritos, and someone was stabbed in the park near my house.”

Google Now uses a combination of location, machine-learning, and algorithms to prompt the user with different “cards” on their Android or iOS device. These can be as basic as the weather forecast wherever they are, or reminders about upcoming calendar entries, through to more complex suggestions such as navigation directions to nearby points of interest, potential activities in the local area, and more.

The system can even use information from recent searches on the desktop – assuming the Chrome browser was used, and the user was logged into their Google account – to make suggestions. That can include the offer of navigation to places previously searched in Google Maps online, as well as more information on researched products.

The hyper-local news cards, however, would seemingly be a more pre-emptive approach to notifications, based not only previous web behaviors but on what Google Now thinks is relevant from location. Currently, Wright says, it’s an “experimental version” in testing, though may not end up showing up on users’ phones. 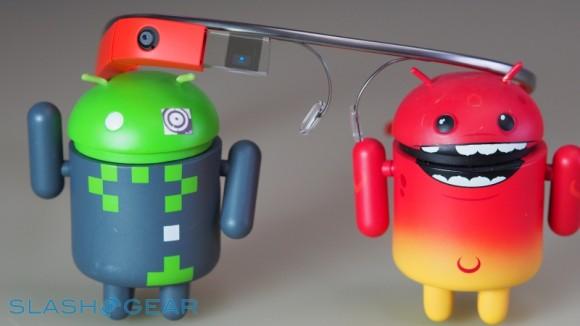 However, it’s Google Glass, the company’s fledgling wearable project, where the local news card might make most sense. There, Google Now wouldn’t even need to pull their phone out in order to see topical cards; the update could simply be flashed up into their eye-line when relevant.

Google has gradually been moving Now to a more central position in its mobile portfolio, including spreading its card interface into other areas of products like Android and Chrome OS. As director of Android experience Matias Duarte told us back in February, one of Google’s concerns is in how targeted data can be better integrated with users’ lives, rather than trying to bulldoze into their attention.

“I think one of the challenges with technology is how we can use it to make our lives better, but actually to be present in the real world while we’re using it, not just sucked into the technology” Duarte explained.