This week the until-now Android-exclusive system Google Now reaches out to iOS inside the Google Search app for Apple’s iPad and iPhone. Both versions are tuned to the display size they appear on, with sets of “cards” appearing in a single column for iPhone and a set of two columns for iPad. These cards contain information about current events and the environment around the user based on their search history and interests.

Much like the Android version of Google Now, this interface shows several different kinds of cards, each of them containing information based on the unique user that’s using them. If a user has worked with Google Now outside of iOS before they sign in initially, they’ll find cards based on their use of Google waiting for them. In our example here, two sports teams recent game scores appear, a map to work appears, and several birthday announcements appear.

Google Now is part of a user’s Google Search experience, meaning they’ll be getting results – cards, that is – based on what they’ve worked with in the past for search terms. If a user has never searched for anything in Google while being logged in to their Google account at the same time, results will appear as example cards. Example cards show what COULD be displayed for the user if they’d agree to have their search results utilized. 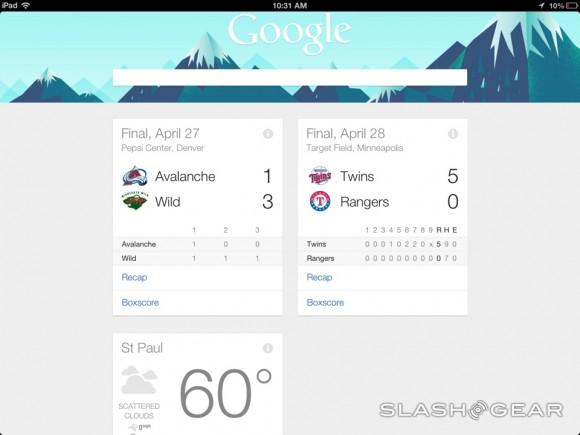 With the iPhone and iPad versions of Google Now, it would appear at first that the user’s calendar will not be used as it would in an Android device. If one does use Google Calendar separate from iOS, they’ll still be able to see dates of Birthdays, connections to events, and etcetera. Birthday announcements can be sourced from a user’s Google+ social networking account as well, as this connection is also made possible via the user’s all-encompassing Google account. 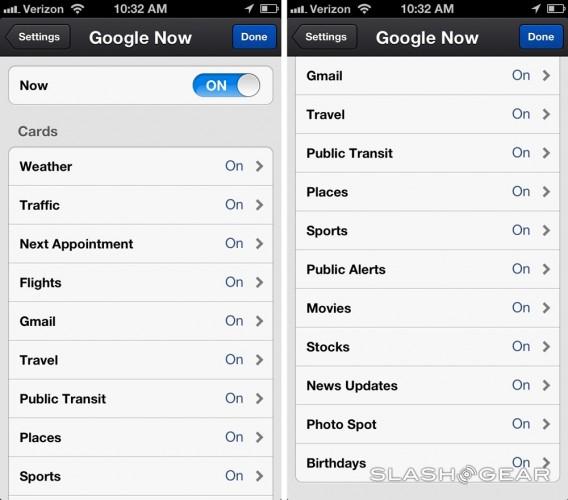 One of the key reasons a user might prefer using Google Now with an Android device rather than with an iOS device is their ability to access the system easily. With some Android devices, the user is able to hold their finger down on their on-screen home button and swipe up to move into Google Now. Some devices working with Android allow access to Google Now with a long-press of a back or menu button. 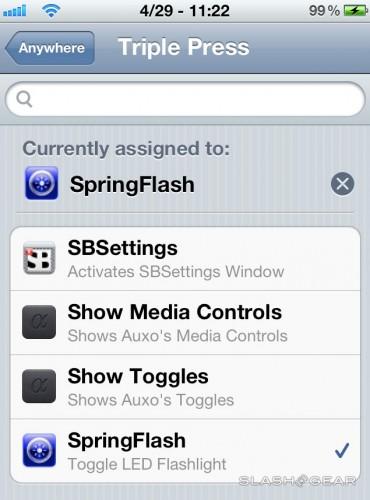 Intrepid iOS hackers have already made inroads to similar access with apps like “Activator”. This app allows Jailbroken (read: hacked) iPhones to launch apps using a variety of gestures and button presses. Tie your home button to Google Now for a real slick experience. 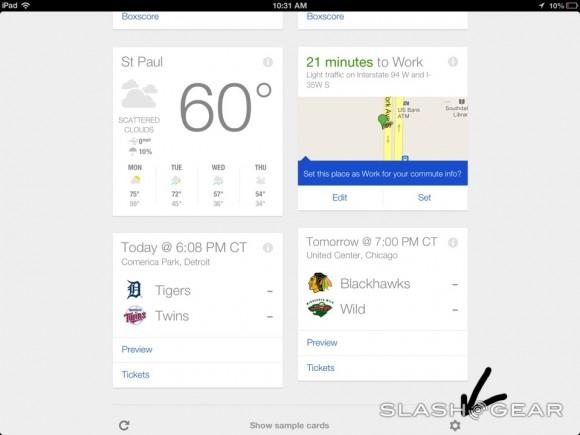 Users can turn Google Now OFF in Google Search settings – that tiny gear!

Users will be able to check this Google Now experience out by updating (or downloading) Google Search for iOS on their iPhone or iPad starting today. Let us know how you’re liking it – or if you’re avoiding it – in our Google Now chat in Google+ right this minute!