At press time, Google’s Noto encompasses 800 languages and 100 written scripts, all in a single typeface. The company has been working on this font for the past 5 years – in relative secret – with type company Monotype. The name Noto is short for No Tofu, and it’s aim is to effectively rid the world of those little blocks (as shown in our lead image) that appear when a device sees a character it doesn’t recognize. With Noto, no device will ever need show these blocks again.

Google’s aim is to include every language and every written script in the history of the world into one typeface: Noto.* They’re doing this not just to be able to communicate effectively through digital means for all people, but to preserve all languages in our human history for generations to come.

“When it comes to some of these lesser used languages, or even the purely academic or dead languages, we think it’s really important to preserve them,” said Bob Jung, director of internationalization for Google.

“Without the digital capability of Noto, it’s much more difficult to preserve that cultural resource.”

*NOTE: About the title – the word “font” speaks about a single set of letters which isn’t technically what Noto is. Instead, Noto is a typeface. A typeface is a collection of fonts that all work together. There’s a different font for each language, but they’re all part of the Noto typeface. The title we chose uses “font” because it’s more universally recognizable and doesn’t damage the news story or the end product in any significant way. So there.

Below you’ll see a video with Jung and other representatives for this project from both Google and Monotype.

*To be clear, Google is aiming to collect all languages used by humans in the real world – not necessarily those that have been made by humans for purposes like storybook characters and television shows. The question is included in Google’s Q&A section for Noto: When will Google support Klingon / Elvish / etc.? Per Google: “Once Klingon / Elvish / etc is included in Unicode :). Please contact the Unicode consortium to encourage them to support your favourite invented language.”

The image below shows how each individual form in each character is scrutinized and, where applicable, re-used for other characters. 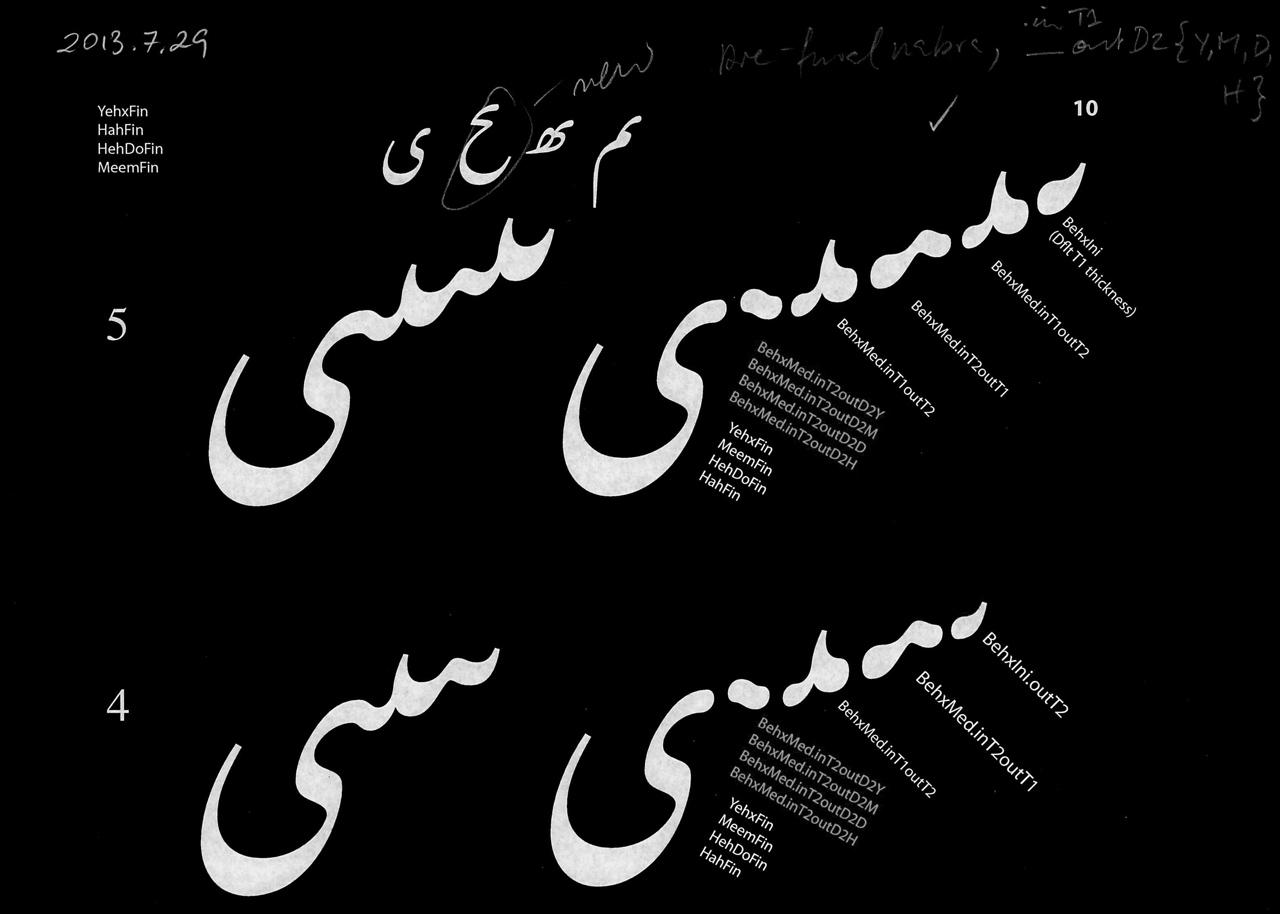 According to Google and Monotype, their roles in this project are defined as such:

• Monotype “has played two significant roles in the Noto project to date: researching and digitally designing the characters, writing systems and alphabets, and applying the rules and traditions for those individual languages to the fonts and managing the project, including organizing outside designers and linguists around the world who specialize in specific scripts.”

• Google “defined the requirements and scope of the project, shared significant input into design direction for major languages, contributed design review and technical testing resources and expertise for a broad range of languages, and provided the funding that made this project possible.” 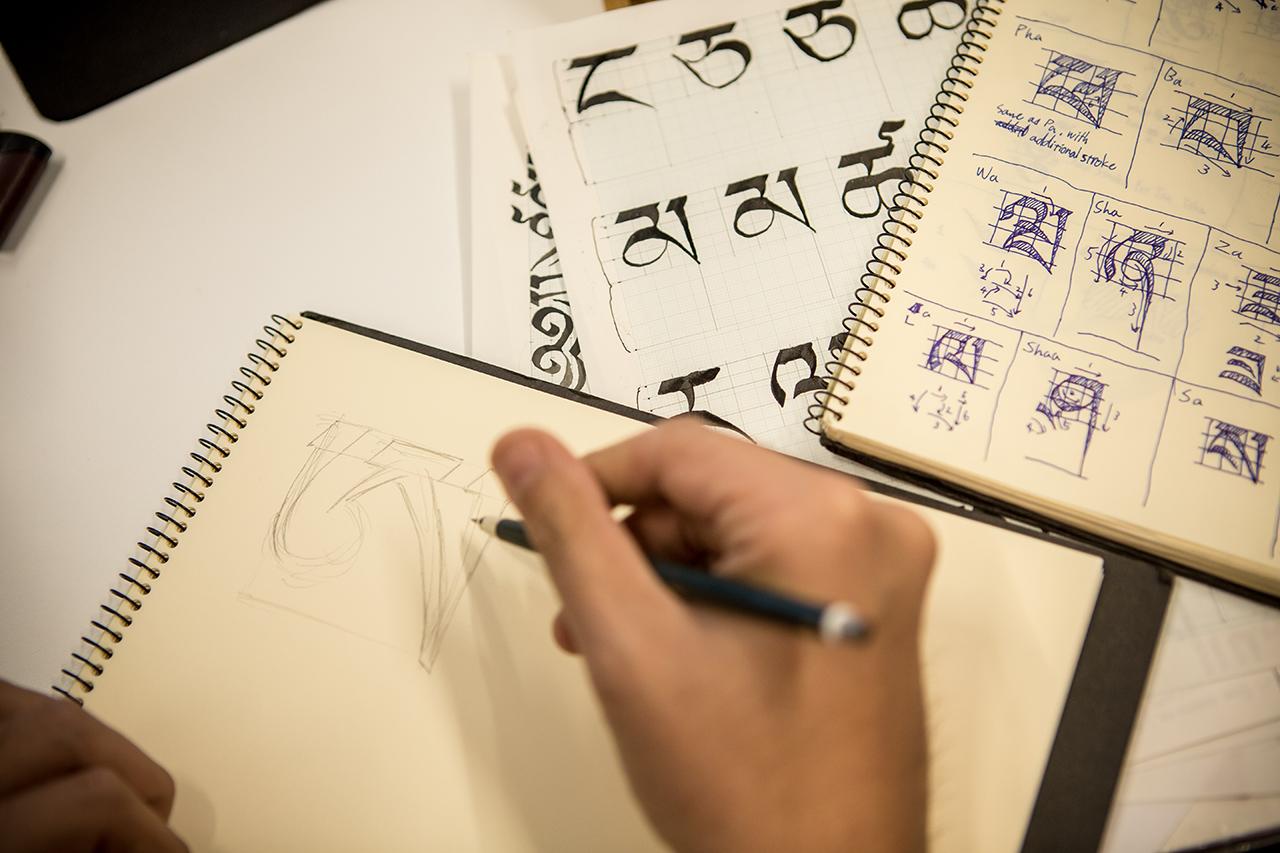 Above you’ll see one of the many means used to translate disparate languages into a single unified typeface – hand drawing, sketching, forming. This is just one step – and a necessary one for the letter forms that might never have been converted to digital form at all before now.

Below you’ll see one character form and notes on decisions that were made in its conversion to different forms. 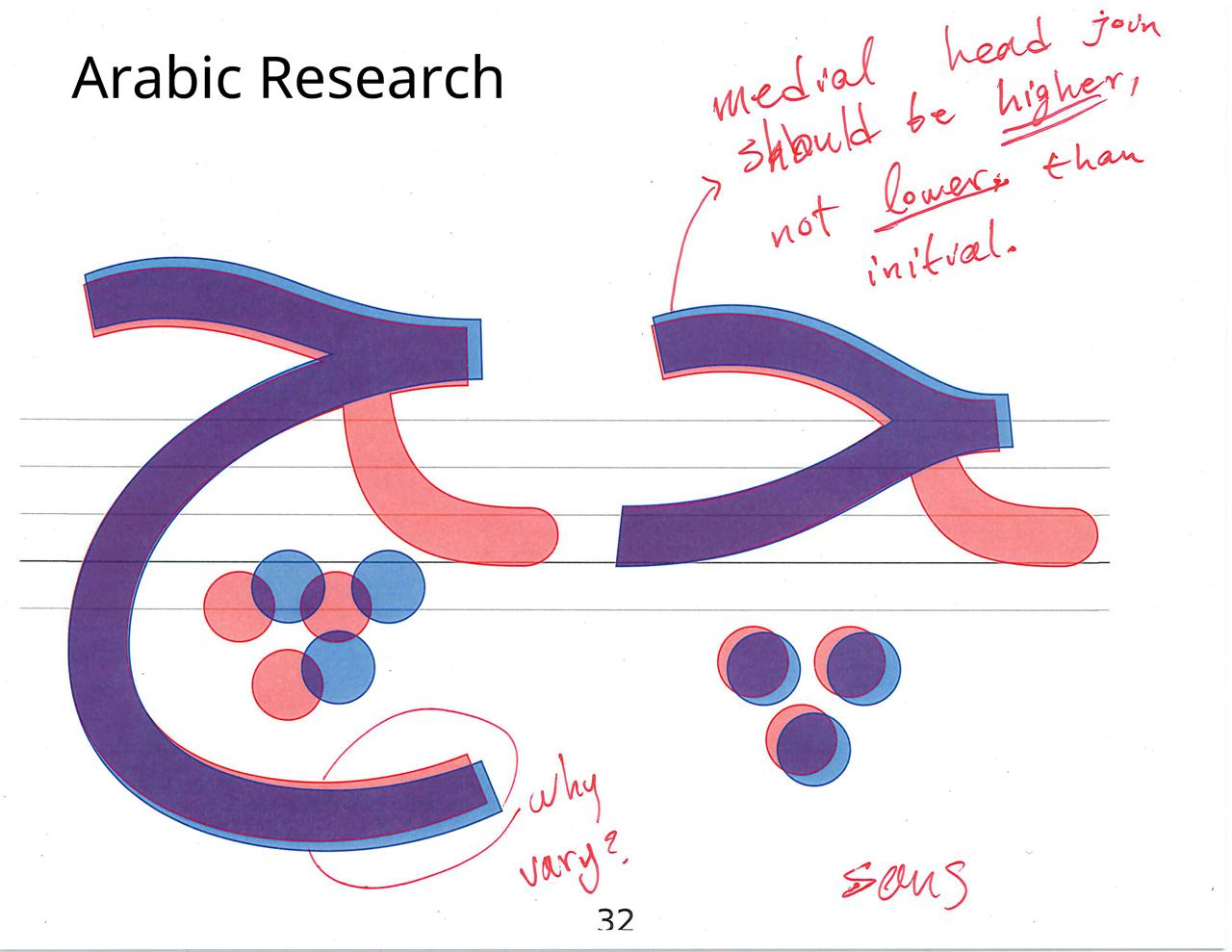 SG: Why has a font project of this scale never been done before?

“The scale of the project is mainly why we think it’s never been done before,” said Steve Matteson, Monotype creative type director, and overseer of the Noto project. “Getting Google Noto to this point was a huge investment of time, research, design, engineering, expertise, approvals and of course cost. Not many companies have the ability to take on a typography task this expansive, but Monotype and Google brought together the right combination of resources to make it a reality.”

SG: Is this typeface meant to be used as a major headliner – for design projects, as a primary font for apps – or is it meant to be a fallback for times when other fonts don’t have the necessary characters?

“It really can be either,” said Matteson. “For devices, operating systems, applications, etc. that will be deployed worldwide, the full Google Noto font family will ensure that customers avoid tofu problems. However, designers and developers can download Noto fonts for individual languages and use them as needed to ensure coverage of desired languages.”

Noto can be downloaded through Google Noto Fonts for free, for basically any use at all whatsoever, as covered under OFL – read the font’s update page for more information on copyright and the SIL OFL page for more on the OFL open font license.

At the moment, Noto covers everything from Tibetan scripts to fonts from the Dead Sea Scrolls. This font will be used on the new Google Pixel devices and is already largely employed on Google devices of all sorts, including every Android and Chrome device worldwide.