Google Meet is adding support for up to 25 co-hosts: Here’s how it works

Google Meet is gaining broader support for co-hosts, with the newly-added ability to have up to 25 different people co-hosting within a single meeting. The update, being released on August 16, also adds new safety features in an attempt to avoid meetings being co-opted or disrupted, something which has become a challenge for most video conferencing platforms during this age of remote working.

The new co-hosting abilities means that Google Meet’s Breakout Rooms should be easier to manage and moderate. Co-hosts can be appointed for each Breakout Room from the main room, though it’s worth being selective with who you choose. Google says that, to begin with at least, it’s not possible to go into a Breakout room and either promote or demote someone there.

Meeting materials – like recordings, attendance reports, polling, and QA reports – will only be shared directly with the main host, as is currently the way. That person will be able to subsequently share those reports if required. 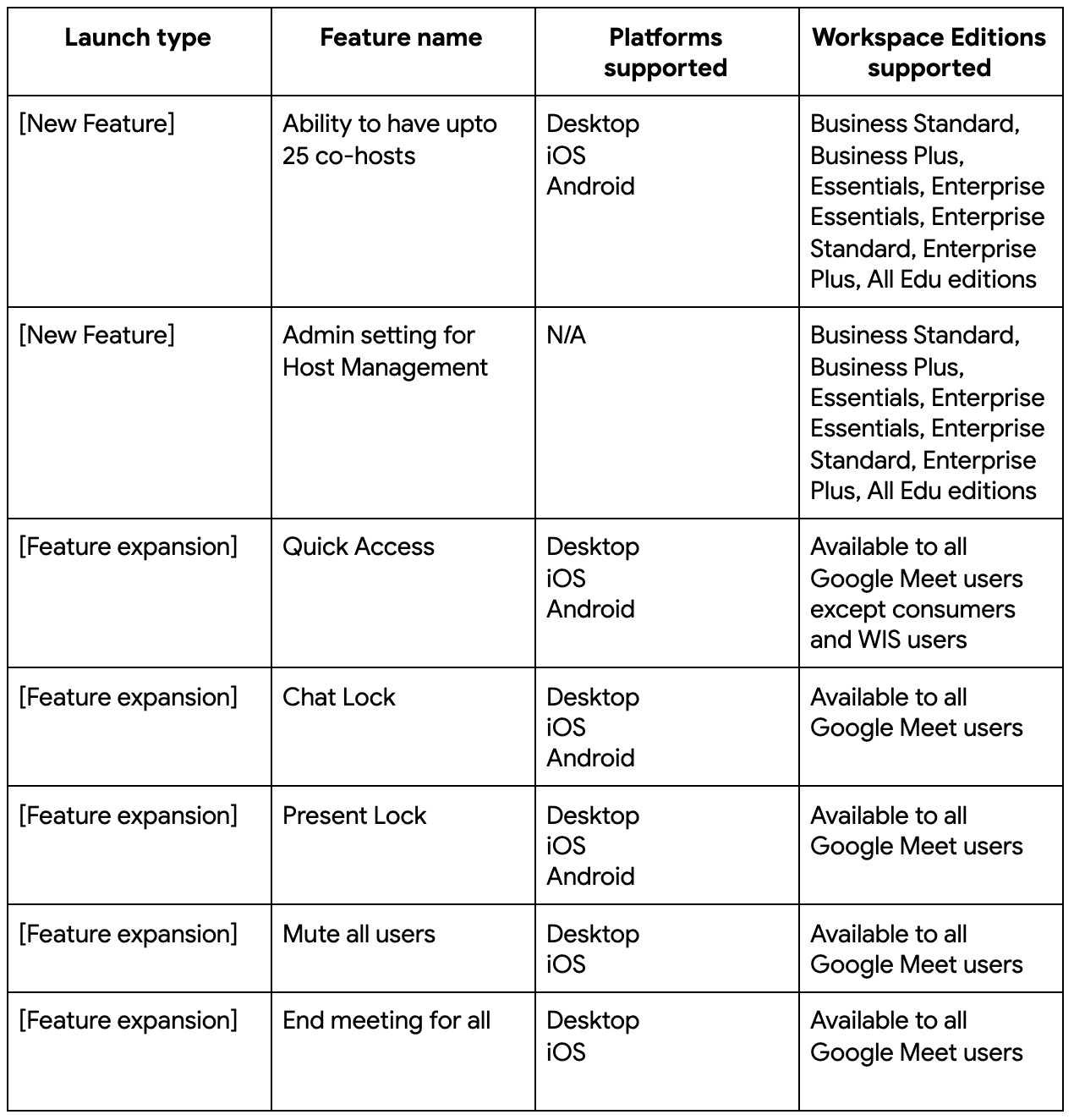 Quick Access is expanding, meanwhile, and will be available to all Google Meet users aside from consumers and WIS users.

Chat Lock, Present Lock, and the ability to mute all users is expanding to all Google Meet users. They were previously features limited to the business and enterprise plans. All Google Meet users will be able to end the meeting for all participants, too, though mute all and end for all will only be supported on desktop and iOS initially.

An integral part of pandemic life, both for workers suddenly operating remotely, and for students dealing with socially distanced classrooms, video conferencing tools don’t look like they’re going anywhere during the resurgence of COVID-19 and the spread of the Delta variant. That’s proved an opportunity for developers like Google and others to load up on new features.

Zoom, for example, added a new Focus Mode earlier this week. That trims out extraneous video feeds from other meeting participants, effectively limiting the number of faces you see during each session so as to avoid mental overload.