Google has launched Google Maps Gallery, a digital interactive atlas to showcase some of the ways charities, historic sites, galleries, businesses, and others have been creating custom mapping. The showcase pulls together publicly shared maps that have been created by the Google Maps Engine, and will initially feature curated content from the National Geographic Society, World Bank Group, and the US Geological Survey.

There’s also content from more specific sources, such as the Florida Emergency Management team and the City of Edmonton.

Google’s argument is that rather than have interesting and potentially societally-valuable mapping data locked up inside corporations and nonprofits, they may as well be made publicly accessible. That won’t happen automatically – Google Maps Engine will still support private maps – but organizations like governments and nonprofits can opt into public view, with their own branding and licensing. 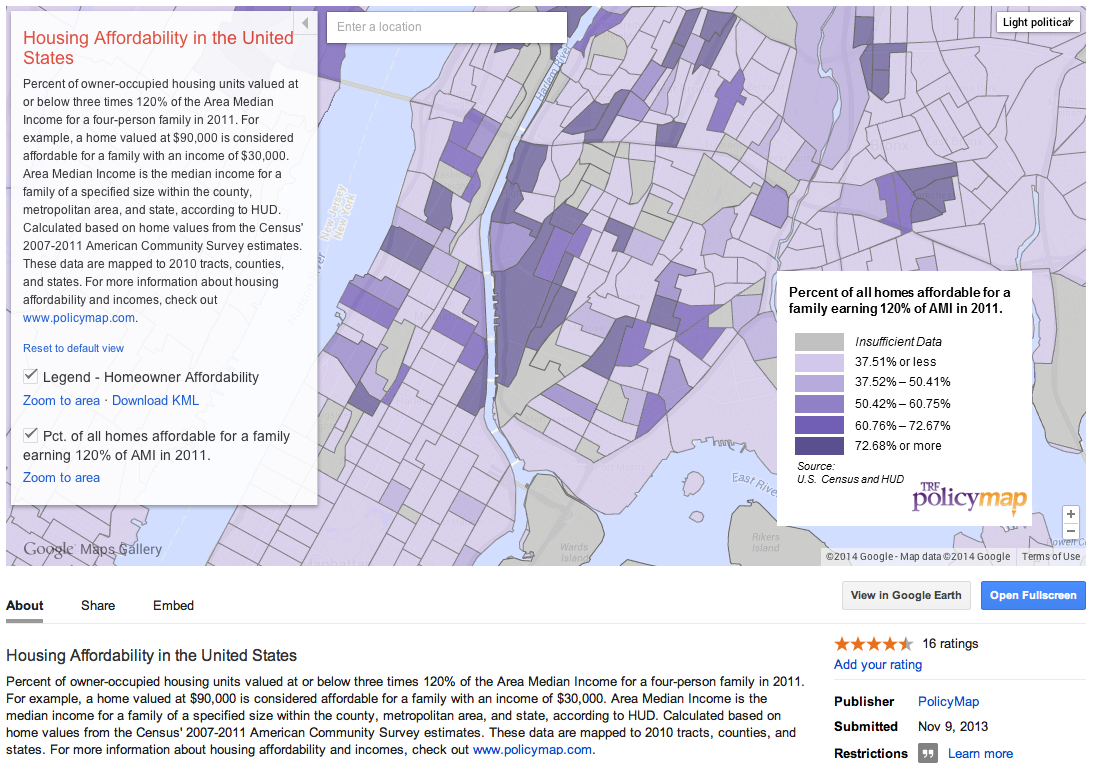 Google may filter some of the Google Maps Gallery content into the regular Google Maps view, if it’s deemed relevant to what users are looking for. However, it won’t be integrated into the basic mapping data Google relies upon, unless submitted (and approved) separately.