Earlier this morning we asked a vital question to the public: Who added this Android peeing on Apple in Google Maps? Now we have the answer. At long last – several hours later, we’ve been sent the answer. It’s this guy – this map editor from the masses – by the name of nitricboy. He did it, and he did it with a series of moves and subsequent edits to submissions you’ll likely be unable to do yourself in Google Maps in the near future.

The fellow who did this made it happen with Google Map Maker. This system isn’t new. It was created by Google to allow the average citizen the ability to contribute local sights and odd maps to Google from their own computer. 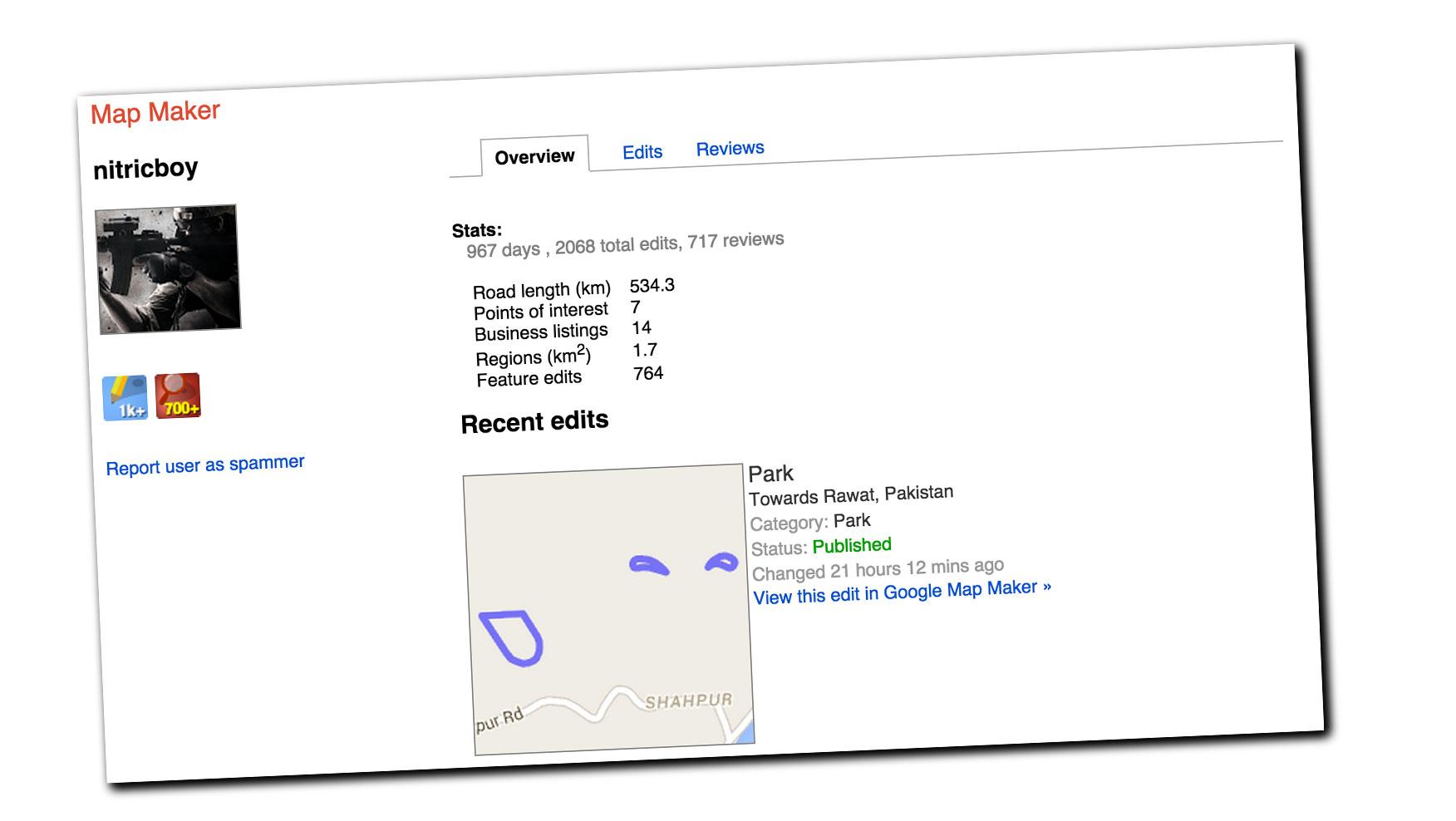 Each time a citizen-made map is submitted with Google Map Maker, someone at Google will have needed to review it before they become part of the data on Google Maps.

This does NOT mean that someone at Google knew what this artist was doing, mind you.

Instead of using Map Maker to create one very obvious giant shape, nitricboy created a number of innocuous shapes. 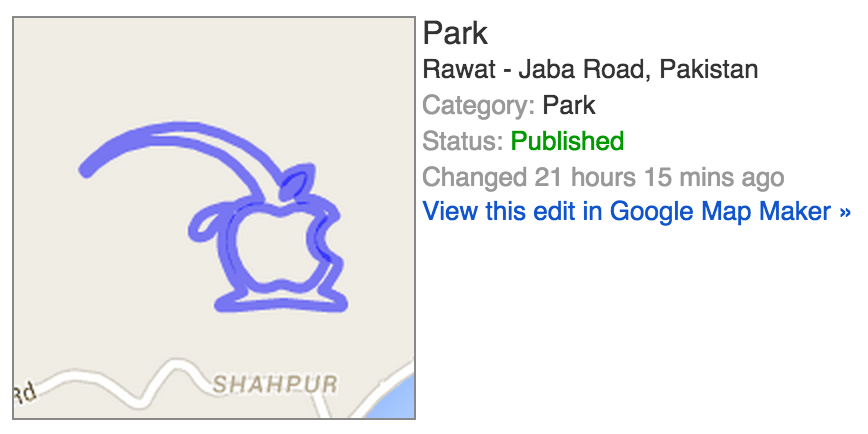 Once they were all in place, approved by Google, nitricboy was able to THEN make edits to combine them into one massive bit of digital graffiti.

The humanity of it all! Won’t someone PLEASE think of the CHILDREN?!

The results remain public as of the publication of this article. We’ll see how long it all lasts.