A new kind of notebook computer was granted a patent for Google this week by the USPTO. In this patent, a notebook with a new method for multiple use-case scenarios was presented. Instead of what the patent calls an “uncomfortable ‘squishy’ feeling”, the user would cover the notebook’s keyboard when the notebook is in “tablet” mode, doing so with a panel on a powerful hinge.

“A laptop computer may include a lid, a base, a hinge, a cover, and at least one wire,” said the patent. “The base may be hingedly attached to the lid.” The language in this patent is magnificent, using words rarely used outside the context of a patent, but entirely correct in this place – like hingedly! 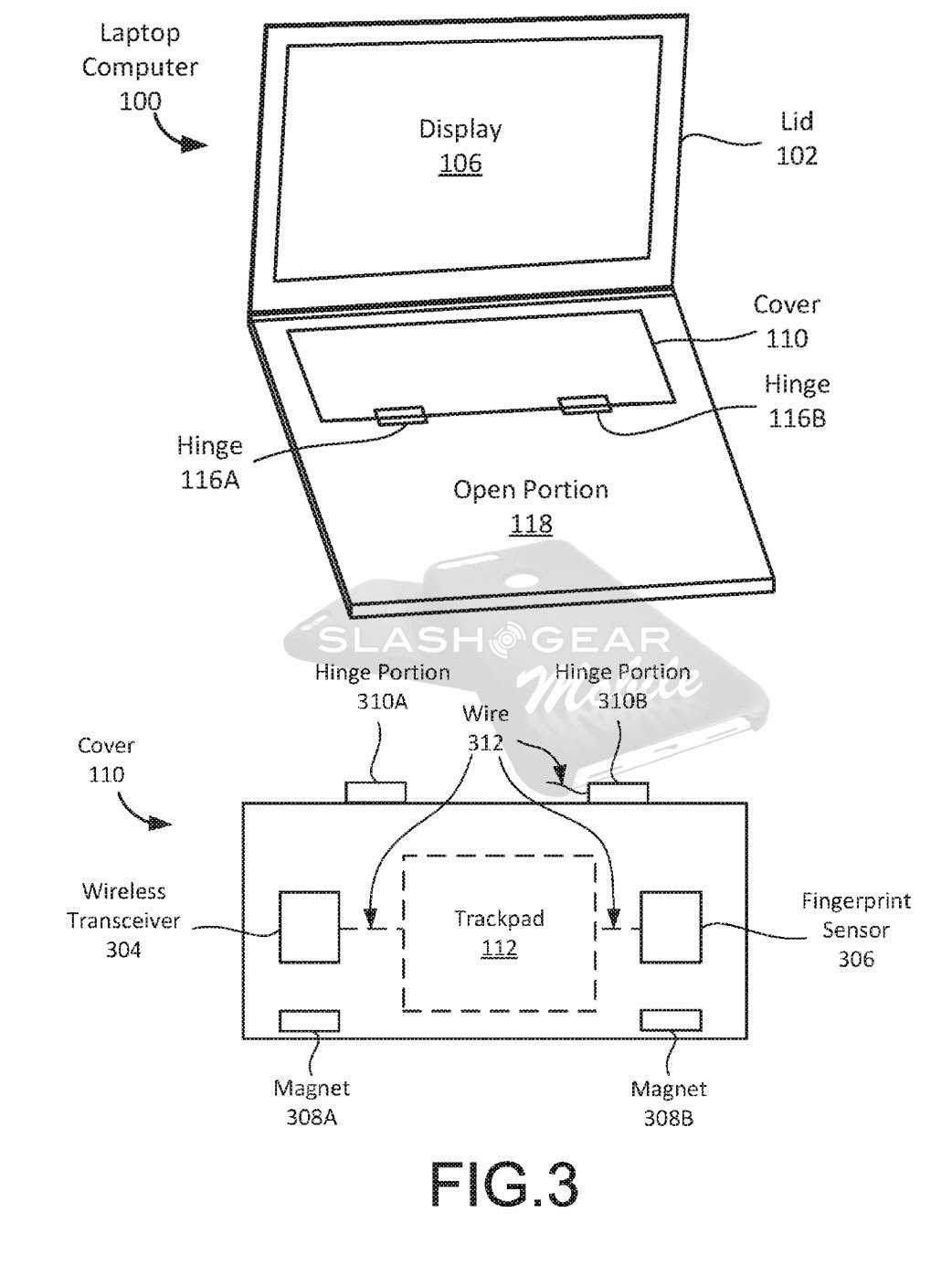 In the patent, a couple of different iterations for this laptop keyboard covering method are shown. One is relatively sparse – an “Open Portion” that dismisses the need for a trackpad – and a trackpad version. The trackpad version also features a Wireless Transceiver and a Fingerprint Sensor. The Wireless Transceiver is mentioned in the patent as a possible NFC implementation – one in which NFC would notify the laptop of the position of the hingedly attached panel – keyboard covering or not.

This is the sort of invention that required a patent because it could exist, not because it was a mind-blowing game-changer in the industry. If Google did release a device like this, they’d have to get very, very creative with implementation. The amount of industrial design finesse that’d be needed to make something like this shine would be quite intense. 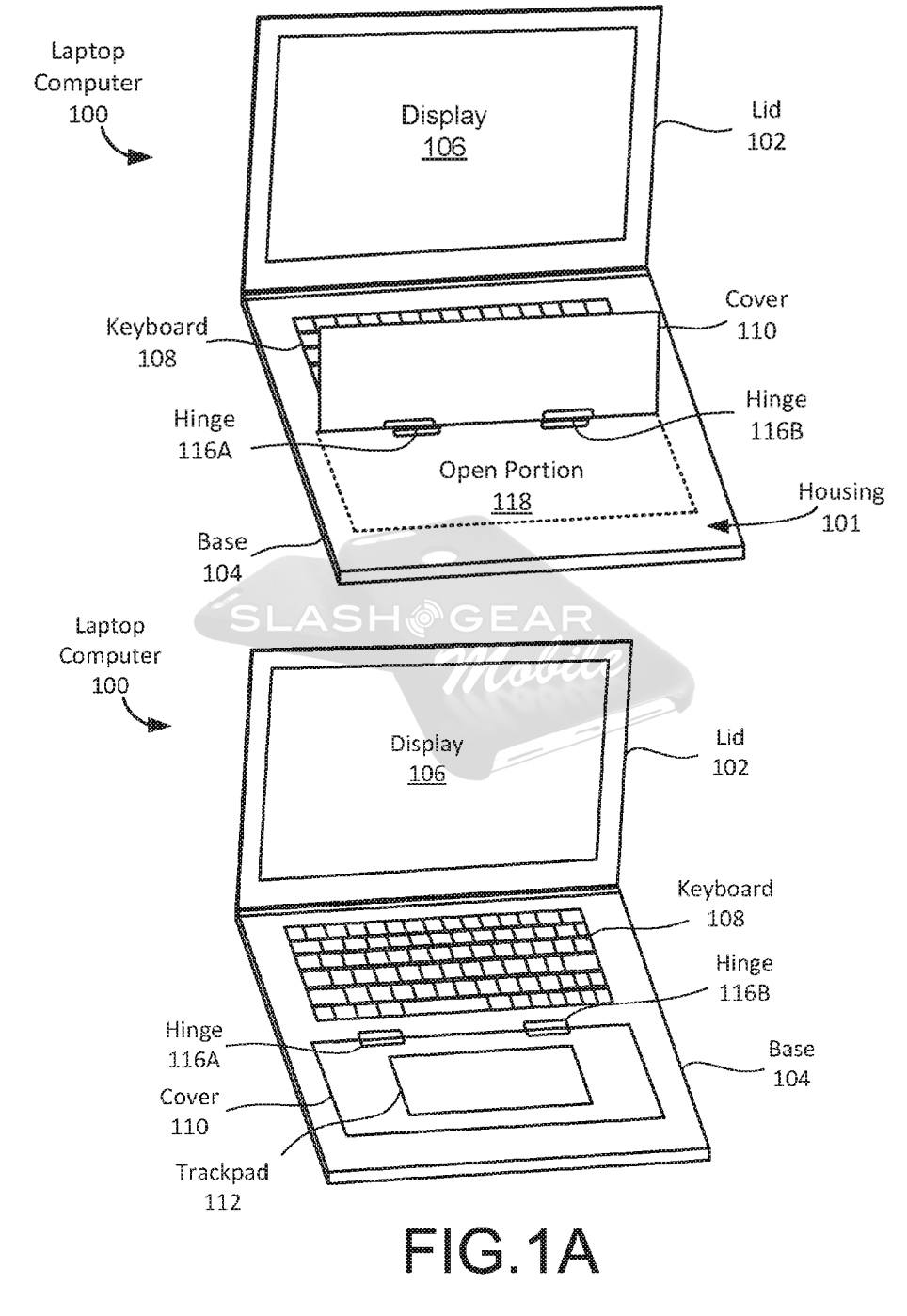 As with all patents, there’s no telling whether Google will actually utilize this listing’s contents. If only the love Google has for hinges translated to real-world products! Then we’d have all the hinges we could ever desire, with panels covering everything we’re not using at any given time. What a wonderful world that would be.

Google’s last laptop was a tablet that disconnected from its base. That’s the device seen in the photos at the head of this article. That device worked with a Pixel C Keyboard – an accessory that had its own hinge, only that time with a placement and purpose that was opposite of Google’s newest patent. See our full Pixel C Review to learn more about that little-known Android tablet (or laptop, if you prefer).