It’s just 126 days until Google I/O 2014, the company’s annual developers conference that’ll once again be taking place at Moscone West (aka the Moscone Center) in San Francisco, California. This event will be largely the same as in past years with a similar setup and subject matter – as far as we know – while the sign-up process will be entirely different.

As recounted by Google’s own boss of Android and Chrome, Sundar Pichai, Google I/O 2014’s attendees will be chosen randomly. Unlike in past years, registration will not require you to “scramble the second registration opens.” Instead, says he, there’ll be a submission process.

“We’ll be implementing a new system, where you can submit your interest to attend Google I/O 2014. Successful applicants will then be randomly selected and notified shortly thereafter.” – Sundar Pichai for Google

This process will be shared some time next month – that’s March. We’ll be keeping a close eye on all Google users who would potentially break the news, so count on SlashGear to bring it to you first. Meanwhile the Google I/O 2014 website is a fine place to take a peek as well.

At the moment the Google I/O homepage does not have any Google I/O 2014 information. Instead we’ve got the one blurb from Pichai and a suggestion that the event will once again be relegated to two days rather than three. Google is – no matter how you’re going to look at it – scaling back in this regard. 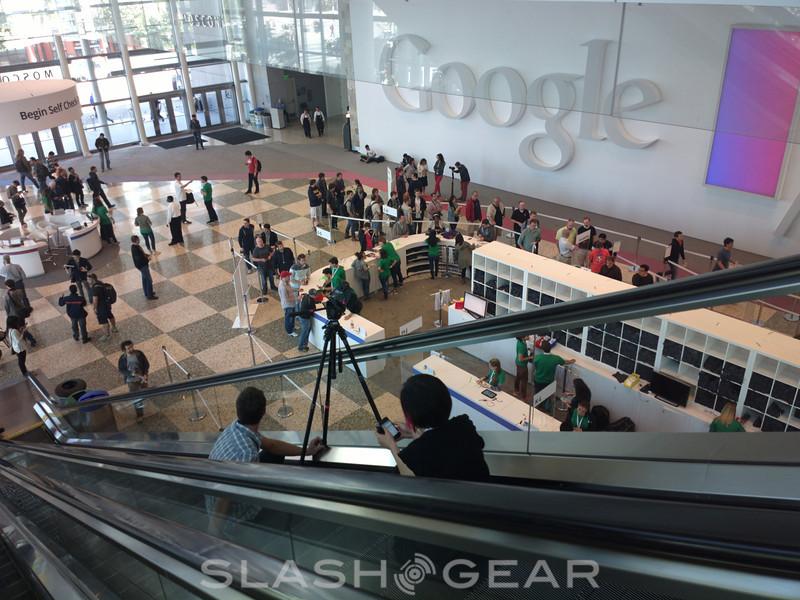 Have a peek at our Google I/O tag portal for information about how the event was run in the past and how it’ll be run in the future as well. We’ll also be at Google I/O 2014 bright and early to bring you wall-to-wall coverage as it all goes down!