Today we’re getting up close and personal with the just-revealed Google Home Hub. This device is effectively a touchscreen display with speakers and a mic and front-facing camera made to work with Google Assistant. It’s a Google Home device with a touchscreen display. Now that we’ve got ALL the details, let’s run through the little interesting tidbits we’ve not yet covered.

The key to understanding Google Home Hub was shared in a single video by Google this morning. This is the “Meet Google Home Hub” video, as hosted by YouTube. It’s a nice nutshell! Watch out though, it’s extremely upbeat and fun, and will probably make you want to buy things.

The standard Gray is called “Chalk”. There’s a black called “Charcoal”, an Aqua, and a Sand. The Sand is roughly equivalent to the “Not Pink” Google’s using for one version of its Pixel 3, and the Aqua is sort of like the color of a different Pixel 3’s home/lock button. Below you’ll see a view views of these devices for visual details – including where these colors come into play. 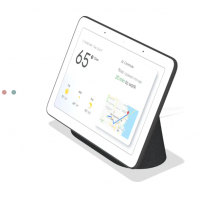 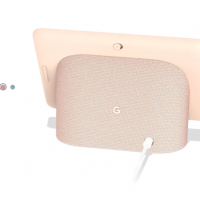 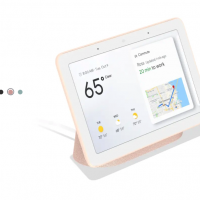 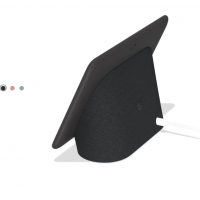 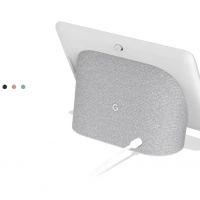 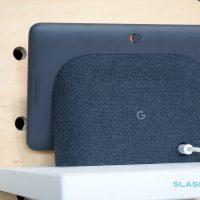 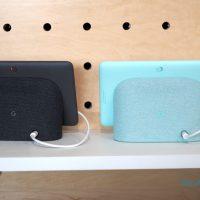 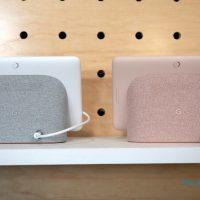 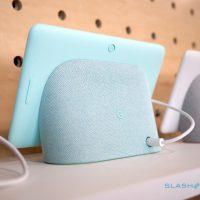 The Google Home Hub has a 7-inch touchscreen display. It’s 118mm tall, 178.5mm wide, and 67.3mm deep. That’s 7.02 inches wide, 2.65-inches deep, and 4.65 inches tall. Up top are two far-field microphones for accepting voice commands – and there’s an Ambient EQ light sensor above the display up front in the middle. That’s so the display turns off when there’s no light in the room – dependent on your settings.

There’s a “full-range speaker” – 80 dB SPL @ 1KHz, @ 1m -around back (because who would want a speaker facing forward, I guess?) This device has Google Assistant built-in, of course, and connects to other devices via Bluetooth 5. This device “works with Android, iOS, Mac, Windows, and Chromebook,” so says Google. This device includes a 1.5-meter power cable with it in its box.

Some of the requirements to run this device seem pretty standard. Those include Wi-Fi internet and a nearby electrical outlet. But to make this device work, a user must also have a compatible mobile device for device setup. That means an Android or iOS smartphone or tablet.

Also included in the device’s official page requirements is a “TV with an HDMI port.” So that’s kinda weird, too. That’s likely a piece of text left over from the requirements of one of the Google Home devices without its own display – but we’ll see!

Google suggests that in their Google Store, all shipping is free on orders over $35. All four colors of the Google Home Hub cost approximately $149 USD right now, and they’re on pre-order. Google Home Hub will ship on October 22nd, 2018.