The Pixel 3 might not be the only thing Google will unveil in two weeks. Though it will probably give it less stage time, the Google Home Hub is bound to capture as much interest as the new smartphones, especially considering how little we still know about it. It is part of the Google Home smart speaker family, of course, but it might not look like that based on the first leaks. Worry not, however, because a new leak corrects that, presenting the smart display an iconic charcoal color.

What’s in a color? Well, it doesn’t feel like (Google) Home if it doesn’t come in at least two colors. We’ve seen the Home Hub in white-ish Chalk. Now Android Headlines brings up gray Charcoal to complete the pattern, bringing it closer to the Home Max in terms of color options.

But this new leak brings one more detail we didn’t see until now: the side view. This angle shows us the, well, angle of the screen, the thickness of its base, and the rather odd way the two connect. It almost feels like the thing could topple over at any moment and fall flat on its glass face. 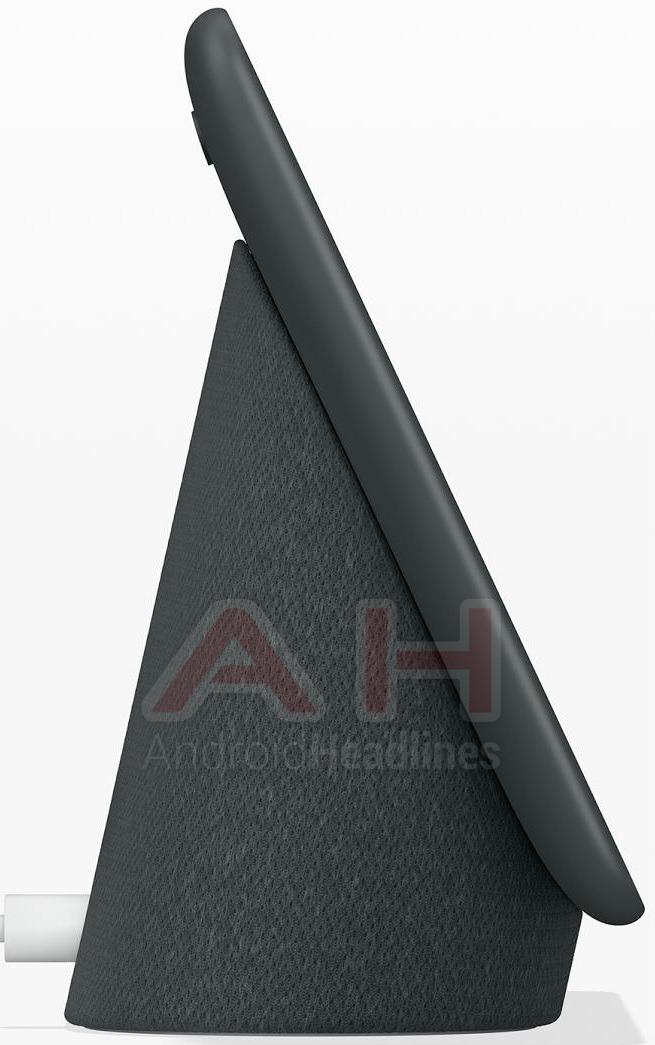 What the images don’t show, or at least not conspicuously, is any sort of camera. It would imply that the Home Hub wouldn’t be capable of video calls or face recognition, which is probably for the best considering this is a Google product. Hopefully it will at least support voice calls though. That said, those who are looking for that feature, or better sounding speakers, do have other choices in the market at least. We’ll have to wait and hear if the Google Home Hub will sound just as good.