As the first edition so foretold, so too is there a second piece of this puzzle: Google’s Project Glass appears to have been shown at South by Southwest this past week in at least one well-attended keynote. While we’d seen some relatively blurry looks at this particular showing late last week, this week we’re seeing not one, but two relatively close-up versions of the presentation. While we’ve seen some still shots of the Glass device’s basic UI before, here we get more in-depth with how Email, Skitch, and Evernote will work.

In the video shown earlier today, we saw a basic showing of how the camera will work, what we’ll see when we want information on the weather around us, and how it’ll feel to share content. Also shown was a nearly instant translation of English into Japanese spoken aloud as well as a glimpse at how Pinterest will be included in the first released build. It was there that we were also reminded that the touch interface on the side of the first Project Glass build will be touch-sensitive.

What you’re seeing above is the second of two filmings of this Google Glass UI demo at SXSW. This demonstration begins with a look at how Gmail will be integrated into the set right out of the box. A new email will, if you want it, be shown in brief complete with a user icon where possible. 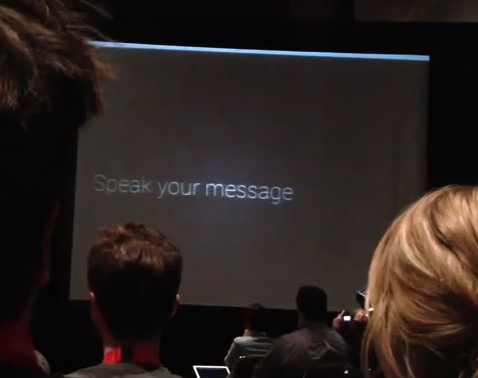 You’ll see that the instant dictation feature present in many Google apps today will be a rather important tool in Glass. To reply to an email, you’ll have only to tap the side of your Glass unit once, see the reply button, tap again, and begin speaking. Here you’ll see the presenter saying “Are you kidding I can’t wait :-)” There’s a bit of a hiccup with the word “remind” at the beginning of the sentence, but other than that, dictation appears to be perfect. 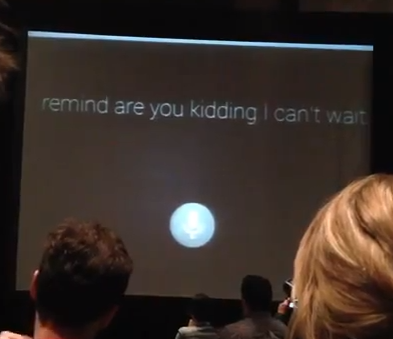 Next there’s another sharing bit of action shown, with the presenter showing that once you’ve got a photo taken, you can tap, see that you’re able to share, tap again, and slide back and forth through your options for sharing. Here he shares to Skitch the same as he would to Evernote – in this case he’s shared to an Android device and Skitch brings up the image as soon as his Android device receives the file. This same sort of situation happens with Evernote, but with the big E, you’re saving to a massive archive rather than just sending a file via Bluetooth to your phone. 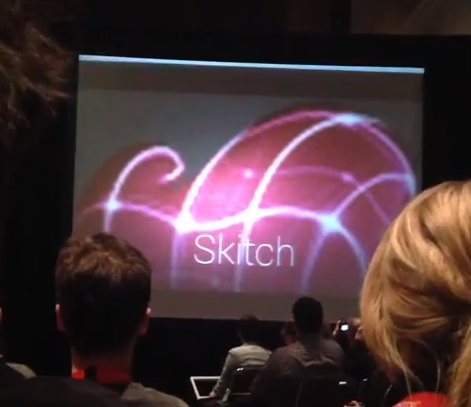 Have a peek at the timeline below to see additional demonstrations with Glass and see how and when you’ll be getting your own – in general – rather soon!