The second full generation of Google Glass has begun to appear in homes officially as one Det Ansinn breaks out the box this morning. This fellow is one of a group called BrickSimple, LLC, developers of Glass apps specifically. They’ve created such oddities as the GlassBattle game – a Battleship-like title for Google Glass. Describing the new Glass headset, Ansinn suggests that it “looks identical” from the outset – below you’ll see a photo of another BrickSimple employee Kel Bucey sporting the new headset.

The real ramp-up toward total Glass coverage is quite apparent in the halls of BrickSimple. Ansinn suggests that they’ve got “five devices in house” – for developers, that is – while they plan on working with a total of 12 in the immediate future. They’ve also planned on swapping out their 4 original Explorer devices for the new headsets as soon as possible. 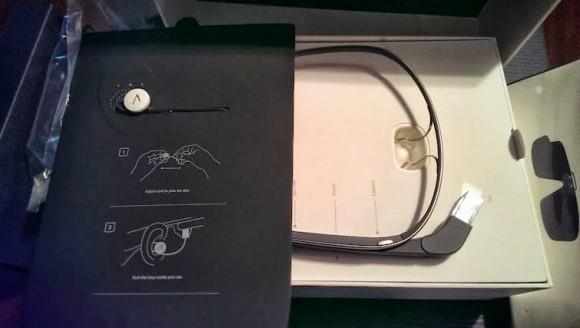 Also of note is the fact that the earbuds work with any model Glass – they connect through the headsets’ microUSB port and function right out of the box. It’s also true that you can continue to use the Bone Conduction technology in this new model Glass if you prefer. Google has also made note of the possibility of prescription glass attachment this week:

“Prescription frames for Glass aren’t ready quite yet, but this Glass will be compatible with them when they come out. You’ll be able to remove the titanium band and replace it with a compatible frame that suits your style, preference and prescription.” 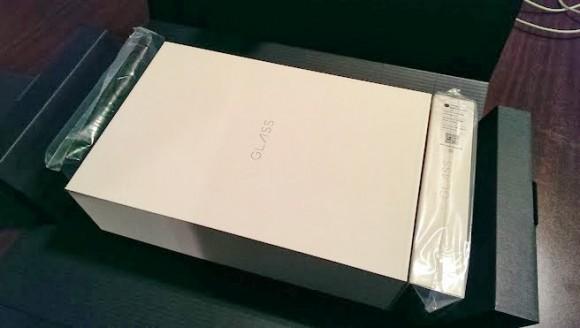 This is quite similar to what we heard earlier this year at Google I/O 2013 during our series of talks with Glass creators during a Fireside Chat of sorts. You’ll want to check out Google Glass Scalability and Customization specifically for more word straight from the source.