Google Glass isn’t solely about photography, but that’s inevitably the first thing you try out – and the first thing you demonstrate to people when they inevitably ask you questions. Right now there seem to be two approaches to wearables like Glass, either aiming to make the headset blend in, and not cause waves by avoiding being noticed in the first place, or by facing the privacy and photography concerns people have face-on, and opening up a dialog about how bodyworn tech is going to change things. Maybe the fact I picked Google’s tangerine-finish Glass Explorer Edition is an indicator, but I’m all for challenging the status-quo rather than hoping it will merely blend in.

I picked up Glass a little less than a week ago, and it’s already become a must-grab gadget when I leave the house. A big part of that is how closely it weaves multimedia into your daily life, not just in how you record them, but how you can then instantly share them in a way that doesn’t take you away from the moment.

The quality of the footage Glass produces is actually pretty good. The camera snaps stills at 5-megapixels and up to 720p HD video, and while low-light performance pales in comparison to the more adept smartphones, it’s still good enough to make our your subject in the resulting clip. What takes more getting used to is the actual process of filming clips, which only serves to highlight quite how much movement we make without realizing it.

Usually, with a smartphone camera, we’re pretty adept at keeping it still during filming. When the camera is mounted on your head, though, you suddenly realize that we seldom keep our heads still, nodding and turning around and generally doing things completely at odds with capturing a stable clip. It also took a little time before I learned to plan movements with my eyes before turning my head: otherwise, you dash the frame all around. That also means no nodding when in conversations with people, no looking off to the side to make sure the dog hasn’t run off, and no glancing down at your watch unless you want everybody to look at it too.

If there are compromises to be made, though, then there are advantages to Glass-style filming too. The ability to go hands-free when you’re playing with your kids, or to quickly snap off a photo when a friend is doing something goofy, without having to dig into your pocket first and unlock your phone. It’s also surprisingly useful for documenting things as you do them, from the user’s eye view. Okay, not everybody is going to be running through opening up and applying a screen protector, like I did with Glass and this Galaxy S 4 kit, but giving remote tech support to a distant relative, or sitting in as someone shows you their favorite recipe, or piggy-backing into a meeting when you can’t be there in person.

What would make Glass better? I can’t help but imagine what an UltraPixel sensor as in HTC’s One could do for low-light shots. In fact, HTC’s Zoe system, pulling together a brief video clip (3.5s versus Glass’ default 10s) and a cluster of stills, seems like an ideal match for a wearable like Glass. That way you’d have more likelihood of picking out the best-framed image of the bunch, and with fewer headaches about low-light conditions.

That HTC also manages to fit in optical image stabilization is also tempting, since that might help iron out some of the judders we can’t help but make when wearing Glass. Most of all, though, I’d like to see more battery life: right now, with mixed use, I’m seeing around four hours before Glass is demanding I plug it in, though it’s worth pointing out that it does recharge relatively quickly.

I’m also excited about the camera potential when Glass spreads. Right now, it’s a one-way thing, since most people don’t have Explorer Edition units yet. But, when that changes – and I do believe it will, despite the Glass naysayers – it’ll mean we can effectively split ourselves between multiple places, switching between physical and virtual presence as we jump in and out of other Glass-wearers’ headsets. 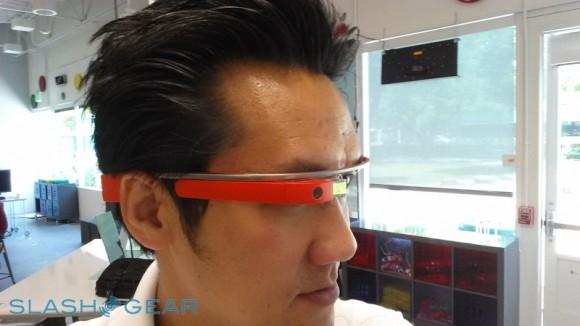 Still, as I said, there’s more to Glass than its camera. Next up I’ll be looking at the practicalities of slinging an Android computer to your head, and whether wearable tech really does offer more than just a capable smartphone. Meanwhile, if you have any Glass questions, ask them in the comments!