It’s time to get a handle on the Google Glass development kit – the SDK that is – readied for developers to start making their own GlassWare apps. This week at a Glass Hackathon event, Glass Developer Advocate Timothy Jordan shared about 30 minutes worth of new information on the Glass SDK. What you’ll see today as a consumer – or a potential or current owner of Google Glass – is what developers are about to be working with in the near future.

There are two types of GDK today – that’s the Glass Platform developer kit. One kind is offline, the other is online – connected to your smartphone and the internet. There’s also real-time connectivity in the mix as well as specific hardware connections.

A new example of a new app creation possibility is in a live translation app where you tell Glass “Ok Glass, translate” and it allows you to see the text you’re looking at in the language you’ve pre-set. The ability to see this text in real-time is part of Glass’ “Immersion” feature set. This is through an app called Word Lens. 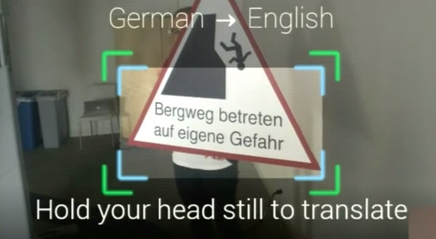 Another example of a Glass app in the works, as presented by T.Jordan this week, is a translation of the abilities of the Strava app. This is a simple cycling app for those bicyclists out there wanting to track their rides. With Strava on Glass you’ll just need to say “OK Glass, start a bike ride” and you’ll be off. 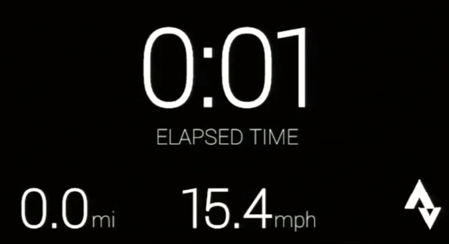 Implementation of a golf app called GolfSight was shown this week, with the command “OK Glass, start a round of golf” leading to a quick search of nearby golf courses. Finding the course of your choosing leads you to the course you’re playing on at the time, and you move on from there. 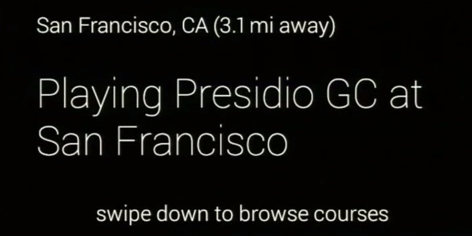 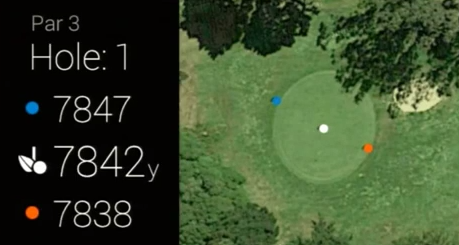 The app Spellista (by developer Glu) was shown off as well. This spelling/word jumble app that has you un-jumble by moving your head around, this moving the cursor from letter to letter to win. This app is extremely simple and is made to show a unique case of using the device’s abilities (with the gyroscope) allowing the head to become the cursor – in a way. 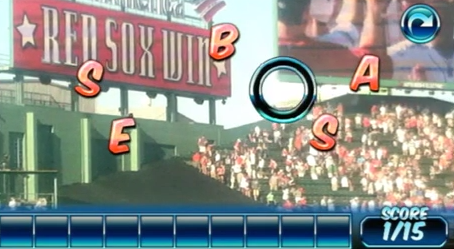 Finally they showed off an app called AllTheCooks. With this app you’ll be creating works of food art. This app begins with the user asking Glass to look up a recipe, seeing a list of items based on a single ingredient (with photos!) and moving into a simple cooking user interface.

This demonstration joins a collection of up-close looks Google has provided the public over the past year. You’ll also find some interesting bits and pieces – with T.Jordan, no less – in our Fire-side Chat tag portal from earlier this year at Google I/O where the GDK was first introduced for real – have a peek!