NTT DoCoMo hasn’t just confirmed that the Google Galaxy Nexus is coming in a few hours time, but apparently the specifications we can expect to see in the Android 4.0 Ice Cream Sandwich handset. According to what’s apparently a printed flyer distributed by the carrier, gpad.tv reports, he new flagship will indeed have a 4.65-inch Super AMOLED HD display running at 1280 x 720 resolution, and be powered by a 1.2GHz TI OMAP4460 processor.

There’s also said to be 1GB of RAM and 32GB of integrated ROM, while connectivity includes UMTS/WCDMA with up to 14.4Mbps downloads and 5.76Mbps uploads, WiFi a/b/g/n and Bluetooth 3.0. In a minor surprise, the primary camera is tipped to be a 5-megapixel unit (with 1080p HD video recording support), though it’s always worth remembering that there’s more to a good photo than how many megapixels you pack. We’re hoping Samsung has done some hard work on the optics system, though, to make the most of what the Galaxy Nexus has.

Finally, there’s a 1.3-megapixel front-facing camera and a 1,750 mAh battery, all packed into a 136 x 68 x 8.8mm casing (11.5mm at its thickest point) that tips the scales at 135g. We’ll know all this for sure at Google and Samsung’s launch event later on in Hong Kong; SlashGear will be bringing you all the news from the show, so join us at 10pm ET tonight for every last detail! 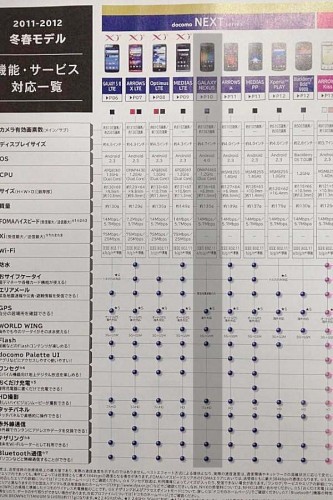