Google+ for iOS gets bold update

Google has released a new version of Google+ for iOS, the iPhone app for its Facebook-rivaling social network, with an ambitious interface redesign that promises to “embrace” the mobile experience. Google+ for iOS v2.0.0.5888 delivers another step “toward a simpler, more beautiful Google” the search giant claims, with crisper fonts, a more user-friendly homescreen design, better transitions and photos and multimedia that look eye-poppingly good.

“We’re not interested in a mobile or social experience that’s just smaller” Google says of the update. “We’re embracing the sensor-rich smartphone (with its touchable screen and high-density display), and transforming Google+ into something more intimate, and more expressive. Today’s new iPhone app is an important step in this direction—toward a simpler, more beautiful Google.”

The somewhat stilted and plain UI of before has gone, replaced with crisp grays and blacks and plentiful use of overlays, gradients and other tweaks. Buttons have been simplified, and there’s Hangout video conferencing support – for up to nine people – with the ability to use either the iPhone’s front or rear cameras.

Google+ for iOS is a free download from the App Store [iTunes link]. Meanwhile, the company promises an update for the Android version of Google+ in the coming weeks, along “with a few extra surprises.” We’re hoping that means a tablet version might be incoming too. 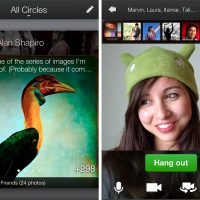 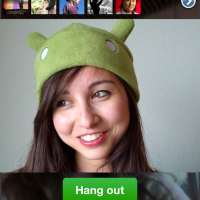 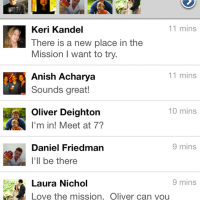 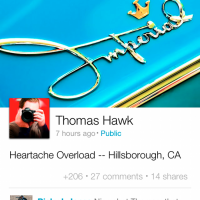 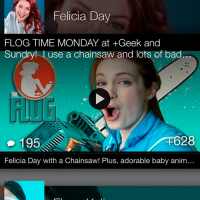 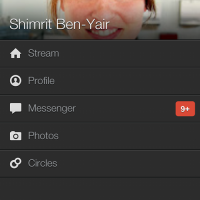 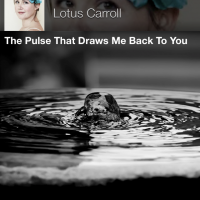 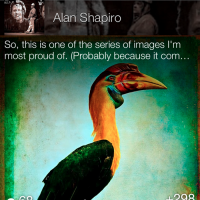