Google is pushing out a new version of Google Earth for Android that will boost the 3D navigation of the geographic app, as well as see updates to mapping data be pushed out to users more rapidly and thus cut down misdirections. The refresh sees Google change the 3D rendering engine for Google Earth on Android phones and tablets for the first time in over a decade, the company’s mapping team points out, which should add up to smoother zooming, faster rendering, and less glitchy transitions.

One of the key changes is where Google gets its data for Google Earth from. Now, the app will use the same mapping databases as Google Maps, while that app also shares some of its easier to read labeling, too.

In the before-and-after comparison below, for instance, you can see how Google Earth used to show the San Jose, CA region before the new version (on the left), compared to the new view (on the right).

Road and highway labeling is cleaner and less distracting from the underlying geography, but there’s still more detail shown on-screen at any one zoom level than before. That means Google has more space to label points of interest and place names. 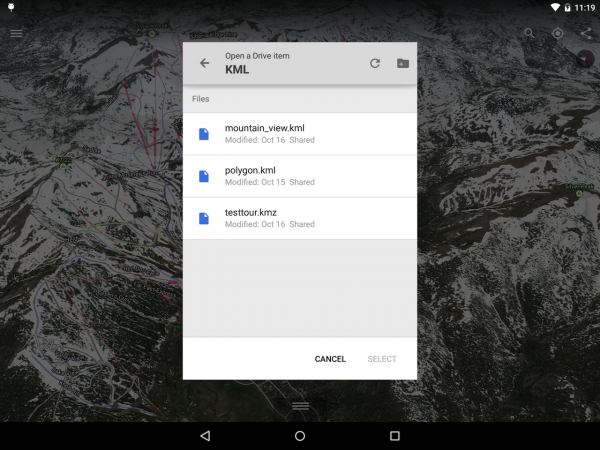 Meanwhile, there’s also a new way to import KML custom Google Earth maps into the app, with a tool to open such files that have been saved in Drive.

As always, there are the same 3D views of top cities, a Tour Guide feature to highlight different must-see spots as you travel, and optional layers from sources like Wikipedia to add more context. The Maps Gallery, meanwhile, launched earlier this year, offers a place for other data sources to add their content, ranging from showing where planes are flying in real-time, through hiking trails, and even upcoming roadworks and infrastructure projects.