Google has revealed another of its homepage doodles, this time celebrating the 30th birthday of the ZX Spectrum – a gateway drug into computers for many – as well as St. George’s Day. The doodle is an 8-bit recreation of St. George fighting the dragon, mimicking the “advanced” graphics the ZX Spectrum was capable of.

Successor to the ZX81, the ZX Spectrum introduced a new name and a rainbow stripe to indicate its color abilities over its monochrome predecessor. In the process, it took on the Commodore 64 and the BBC Micro, undercutting them significantly but, as the company took pains to highlight, capable of faster crunching than either rival. 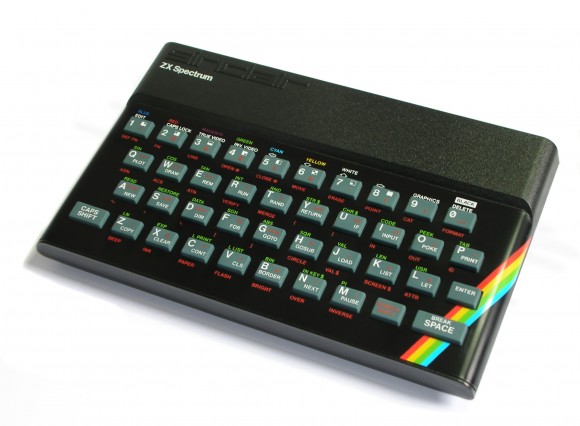 As with other computers of the time, users programming their own applications was considered just as important as playing pre-created titles. The ZX Spectrum used a version of the same BASIC language on the ZX81, with software saved to and loaded from cassette tape initially and then, in 1987, via a floppy disc drive in the updated ZX Spectrum +3.

St. George, meanwhile, didn’t know much about computing but did, according to legend, manage to slay a fearsome dragon just before it could eat a princess. According to the tale, the dragon had demanded a tithe of either sheep or children; the knight subdued it with a lance and then killed it in front of the villagers. It’s unclear whether Sir Clive Sinclair, creator of the ZX Spectrum, is related to any of the descendants of those villagers, which would certainly be a neat way of tying up the doodle.

More on the Sinclair ZX Spectrum at Wikipedia.