The Google Card was leaked today in full color, complete with co-branding with a set of bank partners. Early indicators suggest Google is working with Stanford Federal Credit Union, CITI, and other bank brands. This is not the first time Google’s had plans for (or gone so far as to release) a physical, plastic card with which to pay for products and services.

Imagery leaked today indicate a more versatile credit card / debit card than what Google launched a half-decade ago in the Google Wallet card. That card was cancelled in March of 2016, this new Google Card, or Google Pay Card, hasn’t yet been officially confirmed as a real release. 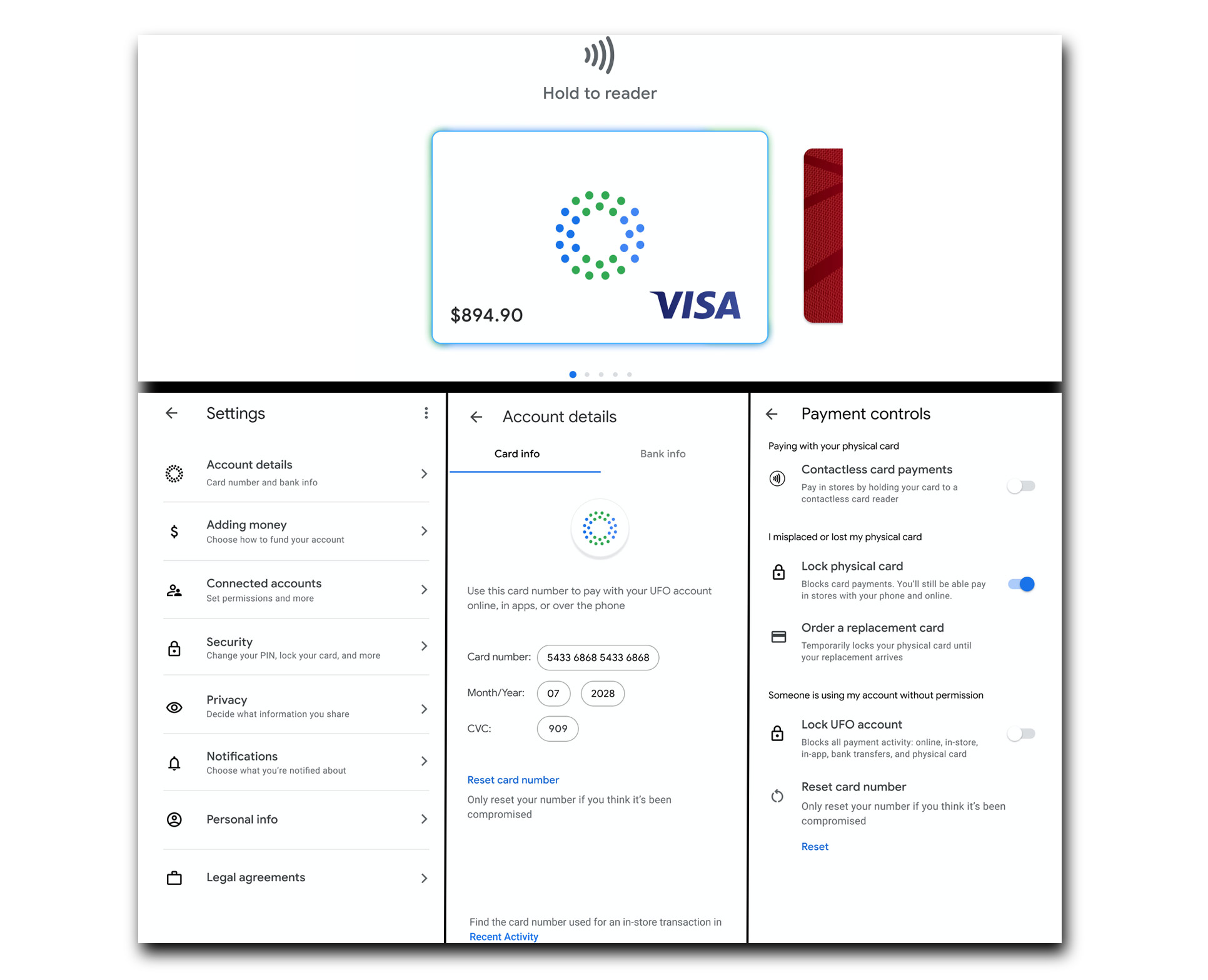 The Google Card – the Google debit card – was leaked in imagery that suggests a simple but extensive set of tools and features with which the card owner would be able to use. The user would be given not only a list of purchases and payments they’d made with the card, they’d also get the merchant name, the date, the amount of money they’d spent, and links to information on the location of the store in Google Maps, directions, phone numbers and contact info.

This would be a welcome upgrade from the archaic basic setup given to most debit card users by major banks around the world. Instead of needing to view a bare bones transaction list in a web browser or printed out on physical paper, the Google Card – with the Google Pay app – would allow review of in-depth transactions info at a glance, complete with quick action for unrecognized charges.

The card would include a contactless card reader chip – and the ability to switch off access to said chip in the Google Pay app. The leak today showed the app as having simple switches for contactless card payments, locking the physical card, and locking one’s own bank account in general.

This app would allow the user to reset their debit card number if they believe it’s been compromised. No more waiting 3 weeks to get a brand new physical card just to get a different account number. The app leak showed a button to temporarily lock a card as one orders a replacement card – simple.

These images and the future

The images shown here come from TechCrunch who suggested that they’d attained “proof that they came from Google.” Upon asking if a Google Card was being developed, Google provided TechCrunch with the following statement:

“We’re exploring how we can partner with banks and credit unions in the US to offer smart checking accounts through Google Pay, helping their customers benefit from useful insights and budgeting tools, while keeping their money in an FDIC or NCUA-insured account,” said a Google representative. “Our lead partners today are Citi and Stanford Federal Credit Union, and we look forward to sharing more details in the coming months.”

This is not the first time this statement was shared to the press by Google. They also shared the same statement with the Wall Street Journal back in November of 2019. Financial technology, personal finance, Google Pay, Google Wallet, and the like – it’s not a shock that Google’s never given up on attempting to get a piece of this potentially monstrously lucrative pie.

Back in August 2019, Apple launched the Apple Card. That was (and is) a MasterCard credit card made with backing from Goldman Sachs. Apple’s card looks simple, with the user’s name, the Apple logo, and the chip. That card works with Apple Pay, and works with a “virtual card” that can be used with the Apple Pay iPhone app.

It is not currently clear when Google will launch this Google Pay Card, or Google Card. It is also unclear whether Google will release the card and/or the associated software in the form in which we see it here today. It’s been approximately 4 years since Google axed the Google Wallet card MasterCard credit card. It might be high time the more versatile Google Card sees the light of day here in 2020.