Google’s CEO Sundar Pichai stood onstage at Google IO 2019 today and spoke about Google Assistant’s latest innovations. One of the most major innovations Google’s made of late, he said, was reducing the size of their voice recognition model from 100GB to just 0.5GB, small enough to fit on your phone, locally.

“What if we could bring the AI that powers the Assistant right onto your phone,” said Google’s Scott Huffman. “What if Assistant was so fast that tapping to use your phone seemed slow?” Huffman went into a preview of the newest Assistant (with his onstage partner Maggie), showing how Assistant zipped through commands – with the greatest of ease!

This newest version of Google Assistant is local, but can access the internet with great speed. “By moving AI models onto the device, we’re envisioning a paradigm shift, said Huffman. “Zero latency, and actions like opening the flashlight will work offline.”

Above you’ll see some demonstrations of this new system in action. Not shown – a new alternative to Android Auto. The new Assistant includes a new mode. “With the Assistant already on your phone, there’s no need to download an app,” said Huffman. “Driving Mode is coming this summer on any device with the Assistant.” 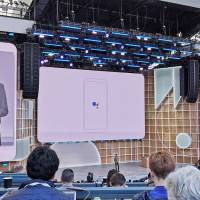 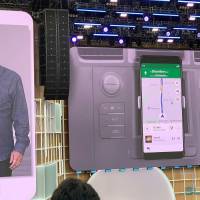 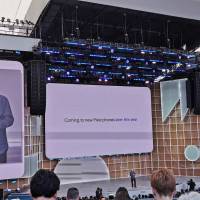 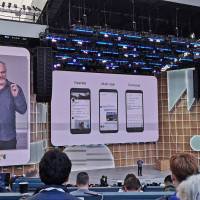 While this looks super new, it’ll still just be called Google Assistant. How does Google make something so major look new when there’s no new name? How will people know how to spread the good word when the words are the same as they were before? This functionality will be popping up on Google Pixel smartphones “later this year.”