Google has brought the Assistant along to CES 2020, and it’s gaining new family features as well as previewing Scheduled Actions and a more natural way to read long-form content. There’s certainly no shortage of Assistant-enabled devices at the annual tech show, where Google’s virtual helper continues its battle with arch-rival Amazon Alexa. Now, though, the Assistant is getting some features Alexa doesn’t have.

The Assistant already recognizes different users by their voice patterns, but now Google is exploring how a single smart display or smart speaker could better facilitate whole families. Household notes, for example, will add virtual sticky notes to the screen of a smart display. You won’t need to peck at an onscreen keyboard (or find a pen): just say something like “Hey Google, leave a note that the cat has already had two breakfasts so far.”

Household contacts, meanwhile, will offer a “speed dial” for the most important numbers. That way, simply saying “Hey Google, call Paul” will pick out the correct Paul and the right number for them. They’ll also be shown on a contacts list on the display.

The two new family features are expected to begin rolling out later in the year. 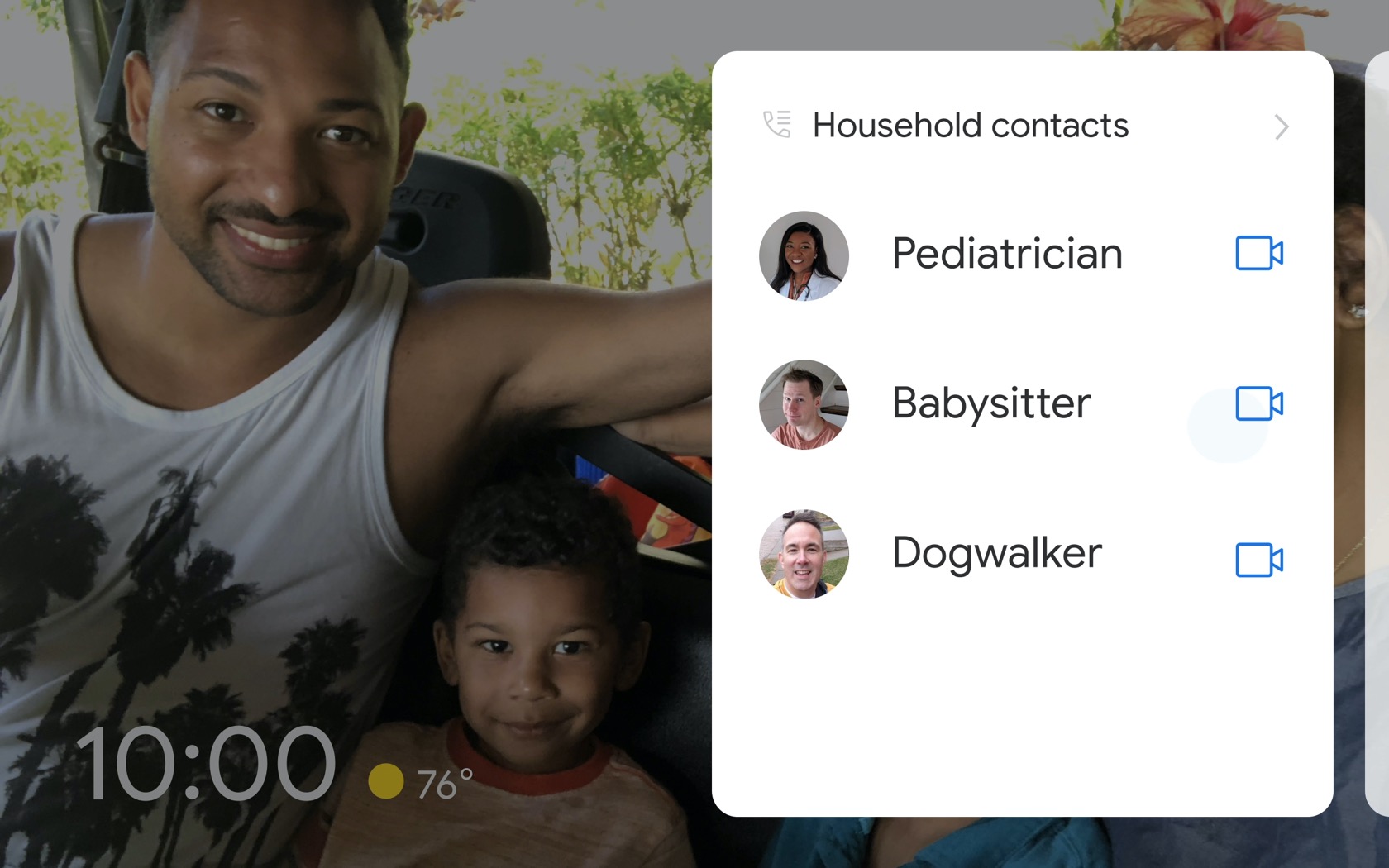 The Assistant can already integrate with a variety of smart home hardware like connected lights, locks, and outlets. With Scheduled Actions, Google will be adding more granular control over those connections, with the ability to set specific times for them to be used.

It’ll join more than 20 new devices that the Assistant can integrate, spanning connected gadgets that include AC units and air purifiers, through vacuums and even connected bathtubs. All will show up in the Google Home app, as well as being controllable by voice. Later in 2020, Google will expand the list further, with devices like the following:

Scheduled Actions is due to hit Assistant-powered devices as an update later in 2020.

While the Assistant can read out from Wikipedia pages and news reports already, it’s not exactly like the smooth experience of having an audiobook read out to you. At CES, Google is previewing a new natural reading system for long-form content, which it says should be more expressive and sound more human.

Saying “Hey Google, read it” or “read this page” when looking at an article or story would have the Assistant start reading it out. Google has used new voice datasets, it says, to ramp up the realism. It also allows for 42 different languages, and Google is experimenting with follow-along features like auto-scroll and text highlighting so that those using a smartphone or smart display can see where the Assistant is up to.

Being sure of just when a virtual assistant is listening and what it does with that data has been an increasing focus of interest as privacy in the smart home is considered by more people, and now Google is adding new commands to control what the Assistant collects. Already users can say things like “Hey Google, delete what I said to you this week” to control the log of their interactions.

For CES, Google is adding two new voice actions. The first is “Hey Google, that wasn’t for you”: it instantly causes the Assistant to forget what it just heard from an inadvertent activation. “Hey Google, are you saving my audio data,” meanwhile, brings up information about what is being stored and then works as a shortcut straight into the settings pages.