It would seem that Google is taking their office fight to their biggest competitor right where it hurts – in several of the biggest enterprise sectors. Google let it be known this week that with Google Drive for Work, they’ve brought on encryption in transit and on-server, audit and activity APIs, and enhanced admin controls, all a part of their plan to continue pulling enterprise customers away from Microsoft’s Office suite.

Since the creation of Google Drive and Google Drive for Work, Google suggests that 67 of the top 100 start-up companies have switched away from Microsoft’s Office and “traditional Windows architecture” for business. They suggest that 58% of Fortune 500 companies have followed along, switching from Office to Google services. 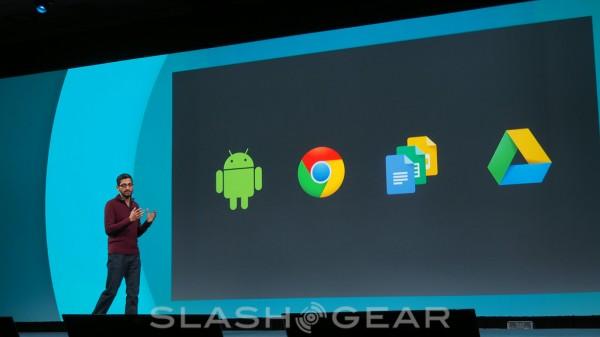 Google also suggested that 72 of the top 100 Universities have “Gone Google” since Google Drive arrived. “The combination of Android for Work, our Google Docs Suite, and Google Drive for Work, really offers a comprehensive suite for companies,” said Chrome and Android head Sundar Pichai.

Pichai continued, “As companies are thinking about moving away from traditional Windows architecture, we are seeing tremendous momentum.”