If you track this story all the way back to the source, you might find the actual factual bits to be less than brick solid, but just like the codename on which this Android-based Siri opponent is based, the reality of the situation might be much less important than what COULD be should the future unfold how this story reads. What we’re to understand here is that Google’s propensity to select much better codenames than the manufacturers who create phones based on their mobile OS Android continues here with “Majel,” a voice controlled assistant made to compete against Apple’s iPhone 4S-based Siri. Majel is short for Majel Barrett, both Star Trek creator Gene Roddenberry’s wife and the voice of the computer on the starship Enterprise*.

Of course the Trekkies amongst you will recognize instantly that *the Enterprise D wasn’t the only home for Majel in the Star Trek series, but it’s her representation as the voice-activated assistant of that particular starship that makes this unconfirmed rumor enjoyable enough to cover with less than the average amount of confirmation. When it comes to Androids and Star Trek, there’s just no resisting, that’s what it comes down to here on the internet. 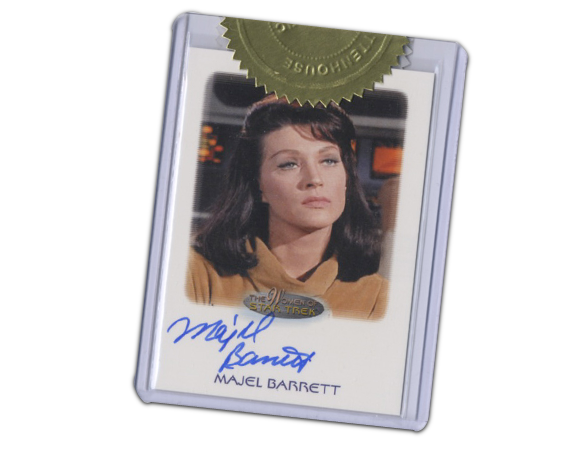 Google Android has had voice recognition for some time now, your Android device able to hear what you’re looking for in Search, Navigation, Texting, and basically anywhere else, just so long as a developer is willing to work with Android’s open source code for integration. There’s even a slightly far-fetched yet interestingly ironic moment of reference for the voice recognition already embedded in Android per our talk with the Android authorities at the Galaxy Nexus launch in Hong Kong — as Director of Android OS User Experience Matias Duarte says, comparing Google’s approach to that of Apple:

“The metaphor I like to take is – if it’s Star Wars, you have these robot personalities like C-3PO who runs around and he tries to do stuff for you, messes up and makes jokes, he’s kind of a comic relief guy. Our approach is more like Star Trek, right, starship Enterprise; every piece of computing surface, everything is voice-aware. It’s not that there’s a personality, it doesn’t have a name, it’s just “Computer.” And you can talk to it and you can touch it, you can interact with it at the same time as you talk with it. It’s just another way to interface with the computer.” – Duarte

The word this week goes like this: engineers at Google X are hard at work creating the “first product” that was foretold by the source for the original word on Google X itself. What you’ll see in the following clip is the first time Commander Riker from Star Trek: The Next Generation meets the Galaxy-class starship he’ll be working aboard for the bulk of the series, showing off how voice recognition works well before the same thing works on smartphones.