Google’s ATAP team promised to blow our socks off at I/O 2015, and Project Jacquard is how it plans to do that, a new conductive fabric that can track touch. Intended to bring new types of sensing and control to clothes, furnishings, and other areas which might not normally be electronically connected. And, while we’ve seen conductive threads woven through materials before, Project Jacquard goes further than most, including a partnership with one of the biggest names in fashion.

Part of that ambition is down to the sheer degree of coverage across the fabric itself. Google has thoroughly woven through the conductive threads – the name of the project is a tip of the hat to Joseph Marie Jacquard, who invented a mechanical loom that bears his name and was capable of producing complexly-woven fabrics from patterns “stored” on punched cards – to the point where it can operate as a trackpad, for instance.

So, rather than having a remote control for your Android TV, for instance, you could have a trackpad and buttons actually built into the arm of your sofa. Part of a cushion could control your hue lights, as Google had set up in its demo area. 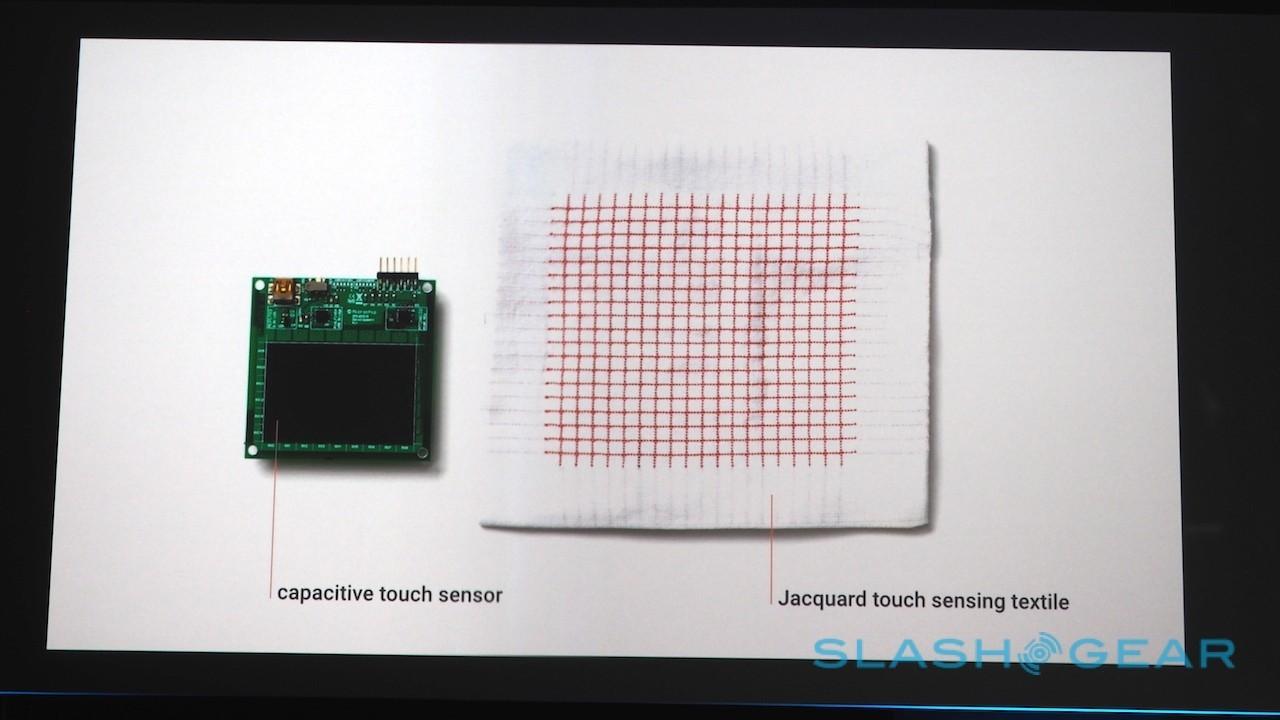 Your phone could be controlled using taps and swipes across your coat sleeve, meanwhile, or your trouser leg. Children’s stuffed toys could respond to touch as they’re picked up and carried, opening new avenues for interactive play.

The main challenge is actually producing such smart fabrics at a scale where they’re commercially viable. 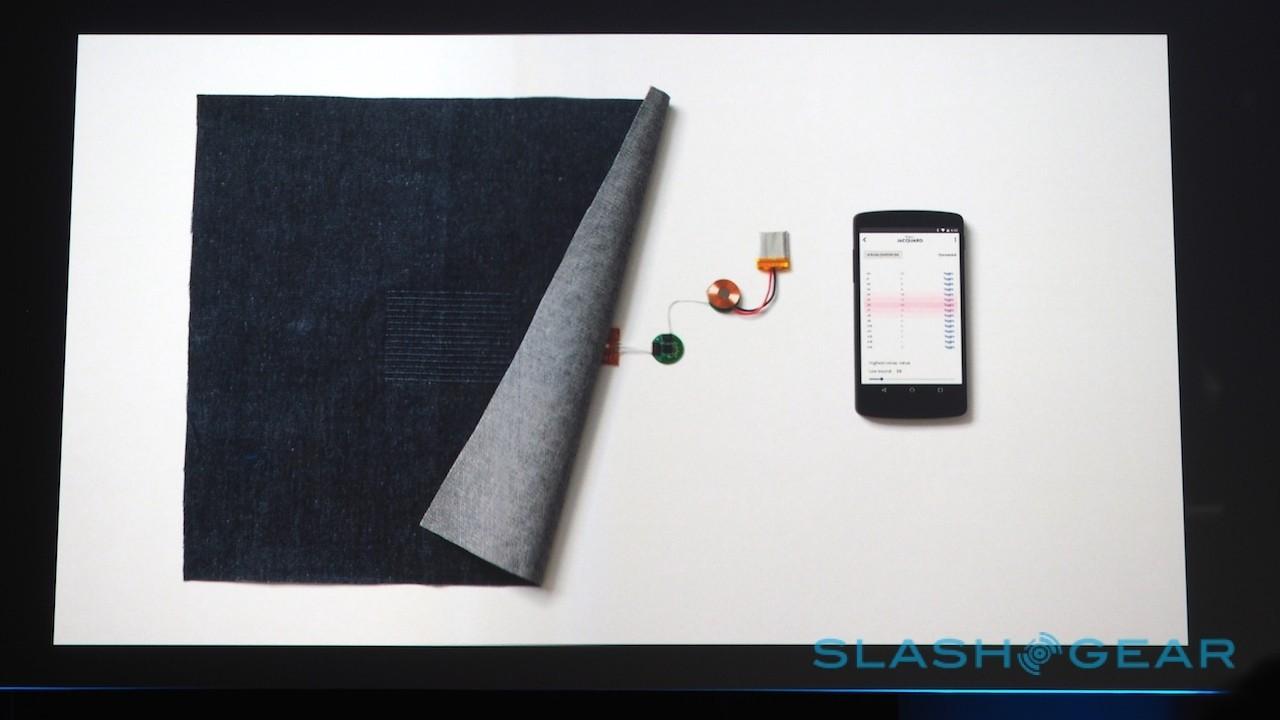 “We cannot expect the global fashion industry to change just for us,” Ivan Poupyrev of Google ATAP pointed out, “even though we’re Google!”

That pushed the researchers out into the textiles world, visiting manufacturers and suppliers to investigate whether the technology they needed was already out there. Turns out, conductive thread was only made in one thickness and one color, a rather uninspiring grey, so Google built the industrial processes required to braid a highly-conductive core with colored silk threads like the sleeve.

“This is a heavy industrial process, it’s very different from programming,” Poupyrev joked, pointing out that fabrics are expected to go through challenging environments – like being exposed to open heat – which electronics generally aren’t happy with.

The first roll of fabric was 20m of fully-interactive surface, and exposed another issue: how you connect those smart threads up to the companion electronics. ATAP ended up going back and localizing the patches instead, coming up with a 3D weaving system that can change direction and create sections of interactivity in any shape, size, or color, that are transparent or can be stretched, and that can blend seamlessly into the core material or stand out from it as a distinct area. 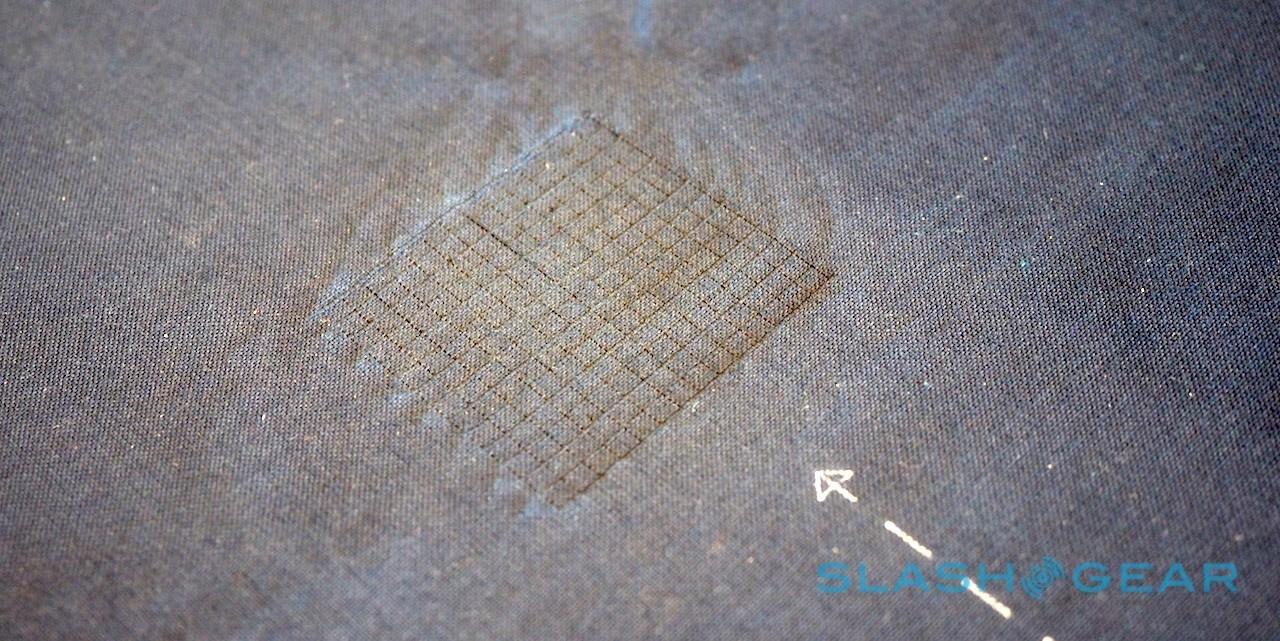 Those patches can recognize whole hands, fingers, multitouch gestures, and sweeping waves across the surface. Poupyrev and his team aren’t intending to replace touchscreens, but to make clothes and surfaces extensions of control surfaces, reacting to easy gestures and taps in a way that requires minimal mental load.

While the fabric side is pretty much a complete process at this stage, the companion electronics – which are communicated with via a low-power WiFi link – still need some work. Primarily that’s to shrink them down, since at the moment they’re pretty bulky.

For a test, Google got in touch with a Savile Row tailor in London, UK, and delivered him a bolt of the conductive fabric. The result is a suit jacket – which Poupyrev was wearing on-stage – that wouldn’t look out of place in the street, but with a touch-sensitive patch on the sleeve and a secret zippered-pocket for the companion tech. 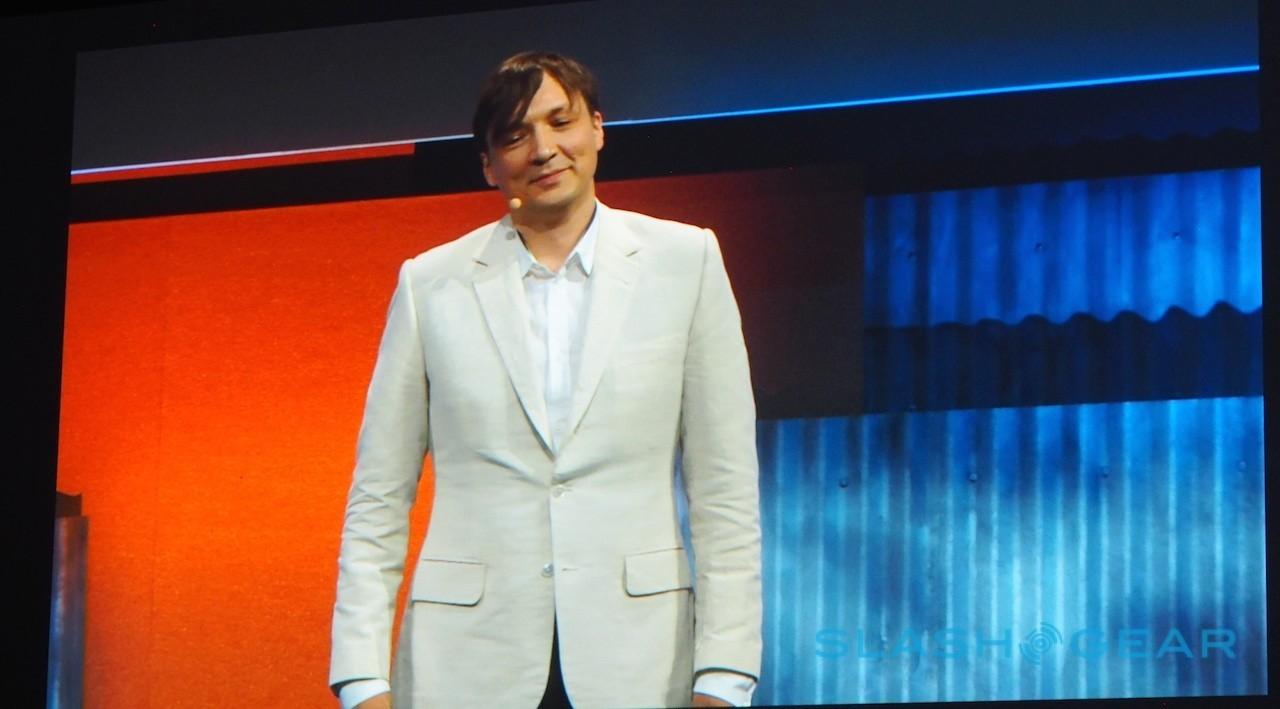 The first production clothes, though, won’t be bespoke suits but most likely jeans. Google announced a partnership with Levi’s, bringing designer Paul Dilliger out to explain why the legendary fashion company is interested in making its garments more tactile. 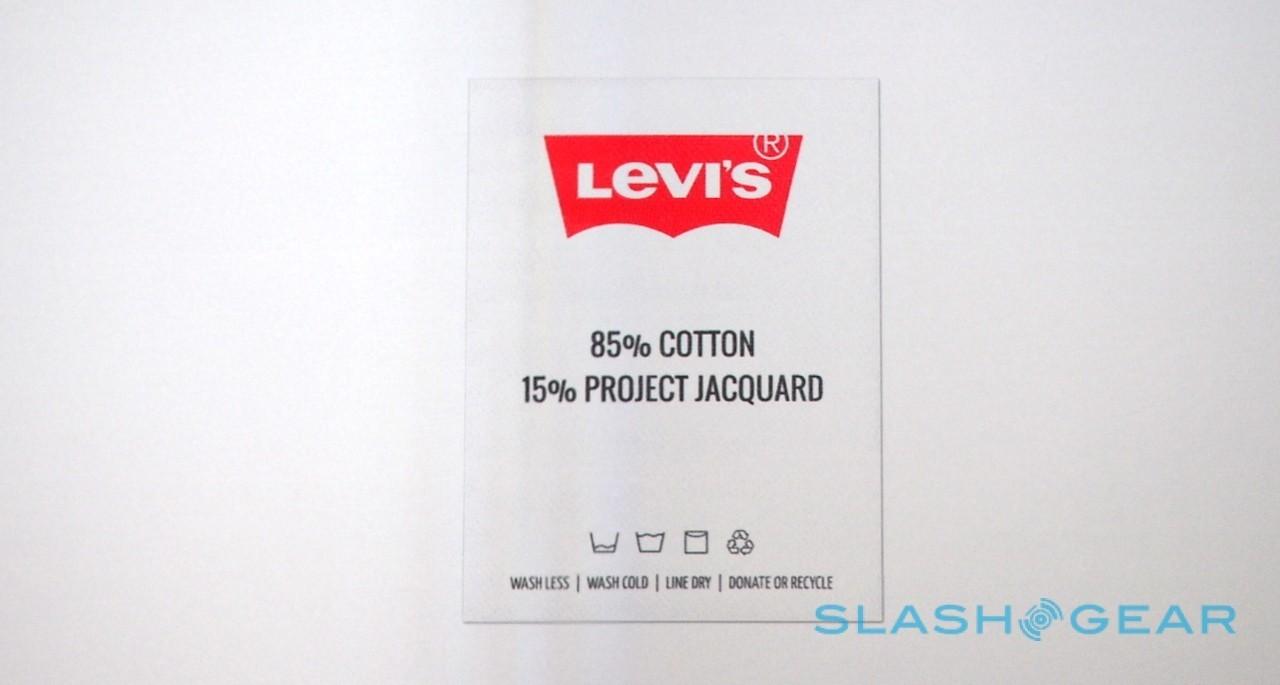 As Dilliger explained it, his obsession became finding the “why” of conductive fabrics, and one of the main reasons he fixated on was moving phones out of our eye-line when we’re in company.

“If there’s a chance to enable the clothes we already love to facilitate access to the best of the digital world while still keeping eye-contact with the people we’re having dinner with,” he suggested, “that is a project worth doing.” 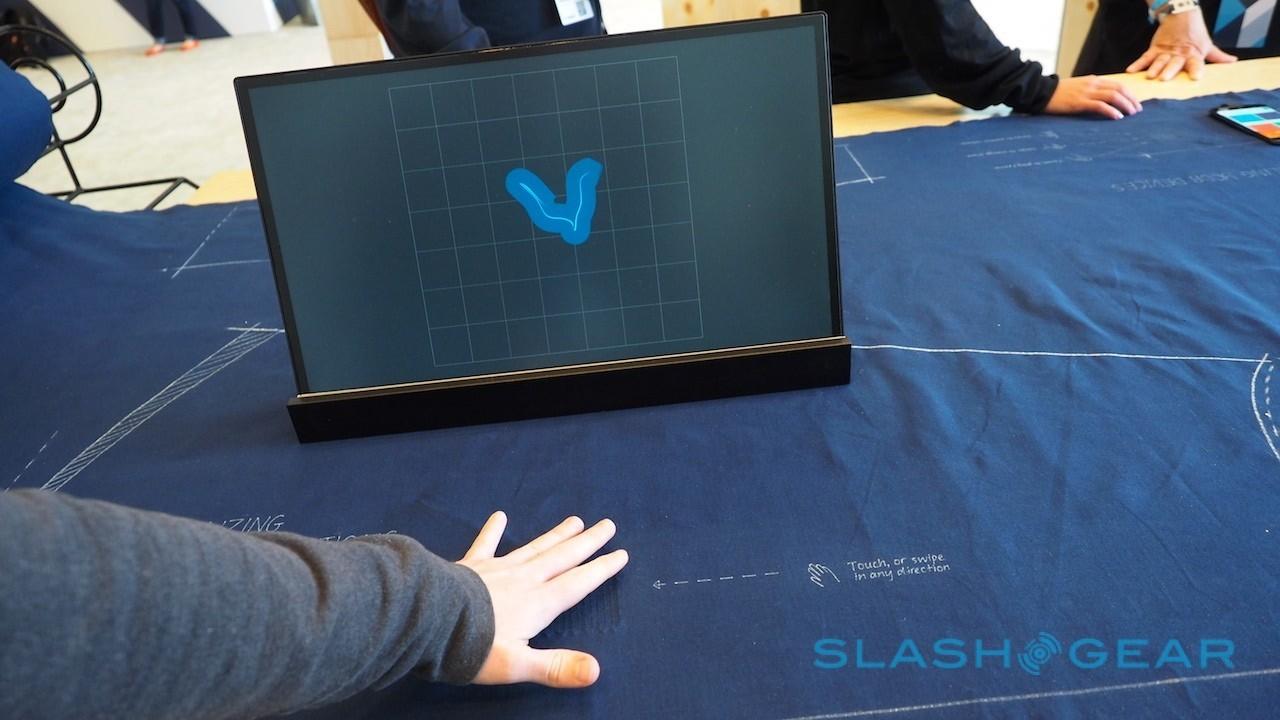 There are no touch-sensitive jeans or swipable jackets with Levi’s distinctive red tag quite yet, mind. Instead, ATAP and the clothing company are looking for suggestions on what sort of implementation and functionality would actually be of interest, in the hope that developers attending I/O get involved in the project.

And the socks? In the end, Dugan and her team didn’t do anything to our feet, though maybe a pair of Levi’s socks with built in Android media controls might one day be in the I/O swag bag. 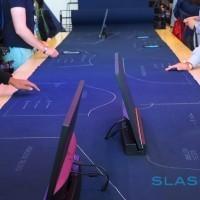 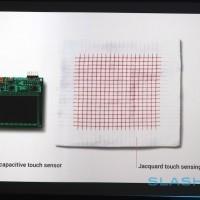 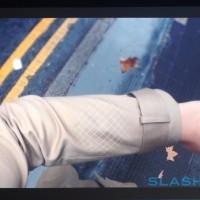 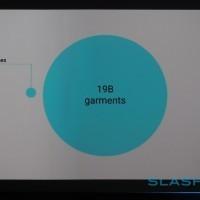 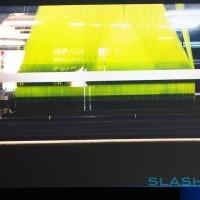 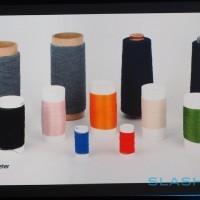 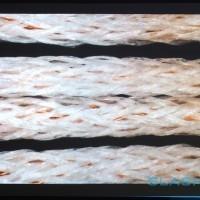 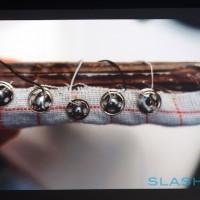 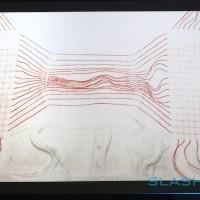 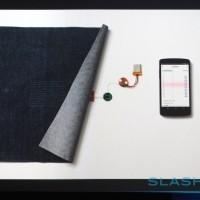 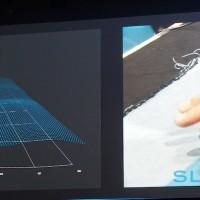 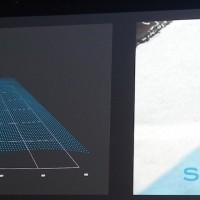 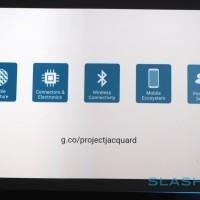 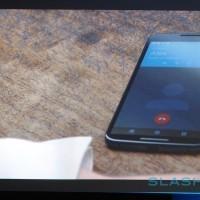 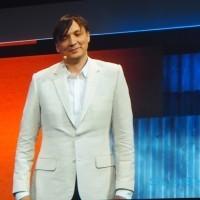 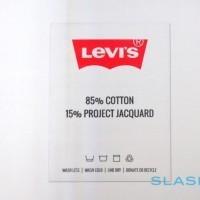 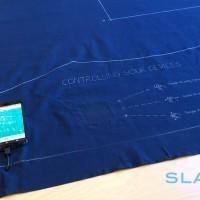 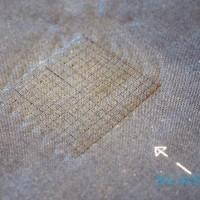 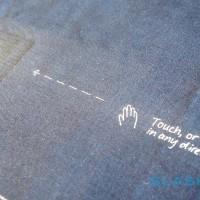 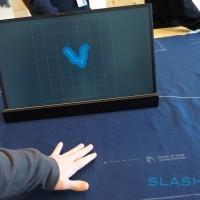 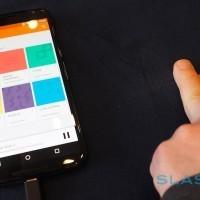 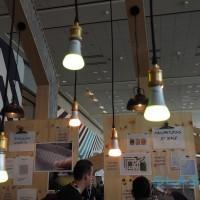