A new deal is in the works this week that would have Google running their own fabulous Google-branded airport out of San Jose has been reported this week, city approval and all. This report comes from the current San Jose airport where officials are “urging” the city to sign a deal that would allow two private companies to fund an $82 million dollar facility on land that up until now has been a west-side parking lot near the airfield. Google would, if approved, be flying Google-branded aircraft in and out of the area.

This deal is being penned by Signature Aviation and Blue City Holdings, the latter company being the one that currently represents the Google fleet. At the moment Google has a set of aircraft owned and operated by the company, each of them used for private Google flights – CEOs and the like. The memo this week would include a 29-acre plot made to house the planes as well as a main airport ticketing/baggage/general boarding area. 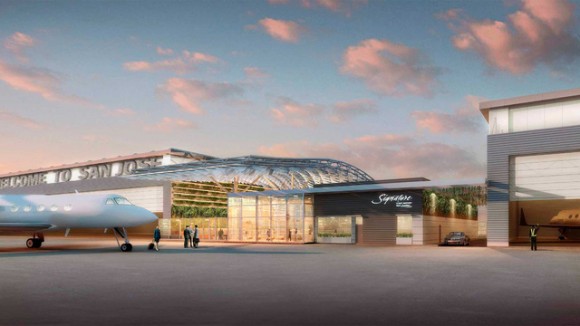 The lease with Signature and Blue City Holdings would have them using the area for “at least 50 years” where standard airport leases, according to Mercury News, tend to last between 20 and 30 years. Currently it’s at the Moffett Federal Airfield that Google aircraft are housed on the whole. Aviation Director Bill Sherry spoke up on the matter this week saying that all the way back in 2005 Google has approached the San Jose airport for a similar facility, but that back at that time, not enough space was to be had. 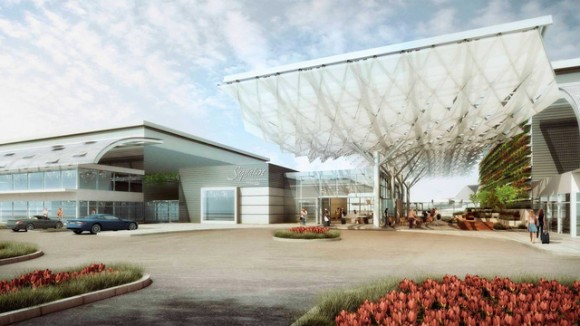 The proposal will be seen by the San Jose city council later this month, specifically by the council’s Airport Competitiveness Committee. This will be the first step in a series of reviews which will be completed by a full city council vote this Spring.

Sound like a fabulous sort of situation to you? It’s not just private Google employees that will be riding out on the Google flights flying out of San Jose. Would you ride a Google Airlines aircraft? Or are you move of a Virgin Airlines sort of traveler?