This week we’ve heard more than one unofficial confirmation that the iPhone 5S would be launched with three color models – and today we’re seeing the whole lot. According to sources – the anonymous kind – speaking on the iPhone 5S launch coming up soon (as soon as September 10th, as it were), the device is set to be sent out in white, black, and gold. This third color option is not likely to be gold the same way a golden pirate coin is gold, instead appearing much closer to a Champagne in tone.

Apple’s special media event next month is set – or so several unofficial comments this week say – to bring on a Gold iPhone akin to visual tips appearing back on the 9th of August when replacement “Champagne” parts began to appear in repair service inventories internationally. 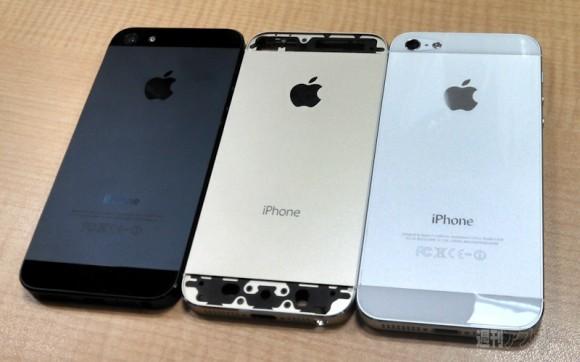 Meanwhile the iPhone 5S in gold does not have its top and bottom glass (or plastic) panels attached. These panels will clue you in on how the back-facing LED flash bulb will be modified for the next-generation model, it having a much more oblong shape than the iPhone 5 with its regular circular shape. It’s expected that the iPhone 5S will have two LED flash bulbs instead of just one. 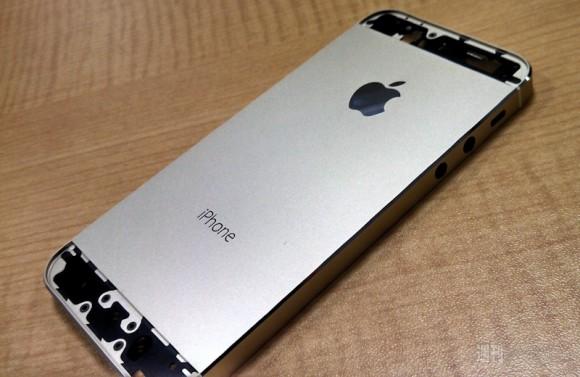 The iPhone 5S is rumored to be coming with a new Apple A7 chip inside and iOS 7 software right out of the box. The back and front-facing cameras are suggested to be given increased size significant enough to differentiate the model from the iPhone 5C – aka the lower-cost “budget model” you may have seen in various color plastics.

How does this golden beast of an iPhone look to you? Doused down enough from the gaudiness of the original concept models seen a week ago? Also note – though these images were posted by C Tech on Weibo, we’re on the lookout for the original photographer, as this “VIA” gave no original source – let us know if you’re in the know!