Gogoro’s Eeyo 1 e-bike has gone up for sale, promising riders a sleeker option in the powered bike category that supports riders rather than replacing their pedal-power altogether. Announced in May, Eeyo 1 looks at first glance like a regular bicycle – albeit a somewhat futuristic one made from Kevlar-reinforced carbon fiber – given the electronics are all packaged into the rear wheel hub.

Gogoro calls that its Eeyo Smartwheel, and it’s there that the Eeyo 1’s batteries are found too. There are two assist modes – Sport and Eco, with varying degrees of power-assistance – and range is between 40 and 55 miles depending on settings.

While other e-bikes maximize the amount of power their motors contribute, Gogoro’s strategy is for a more modest amplification. Eeyo’s target audience is riders who already enjoy cycling but want some assistance to fully replace their existing commute, or simply to achieve faster road-cycling. “It’s not about comfort, it’s about the thrill of the ride,” Horace Luke, founder and CEO of Gogoro, explained in May.

Such riders are likely to be more impressed by things like the 26.4 pound overall weight for the top-spec Eeyo 1s version, too, which is relatively low for an e-bike. They’ll also, hopefully, be willing to pay for that lightness. The Eeyo 1s is priced at $4,599, while the Eeyo 1 – which has an alloy seat post, handlebars, and rims rather than carbon fiber, and is 27.5 pounds overall – is $3,899.

Either can be carried over a shoulder for taking up to an apartment or down to a subway station, Gogoro suggests. Settings and other features are controlled via the companion app, which is also used for OTA firmware updates. Maximum speed assistance will be 19 mph for the US-spec Eeyo, or 15.5 mph for the version sold in the EU and Asia; however the goal is that you don’t really notice the ebike’s help. Gogoro says its Intelligent Power Assist system should automatically learn the rider’s power, cadence, and riding style, and finesse its contribution to suit.

A full charge – using a power adapter that clips over the back of the Smartwheel – takes around 2.5 hours, Gogoro says. Maintenance should be fairly minimal, with the company using a Gates Carbon Belt Drive rather than a chain, which doesn’t require lubrication. 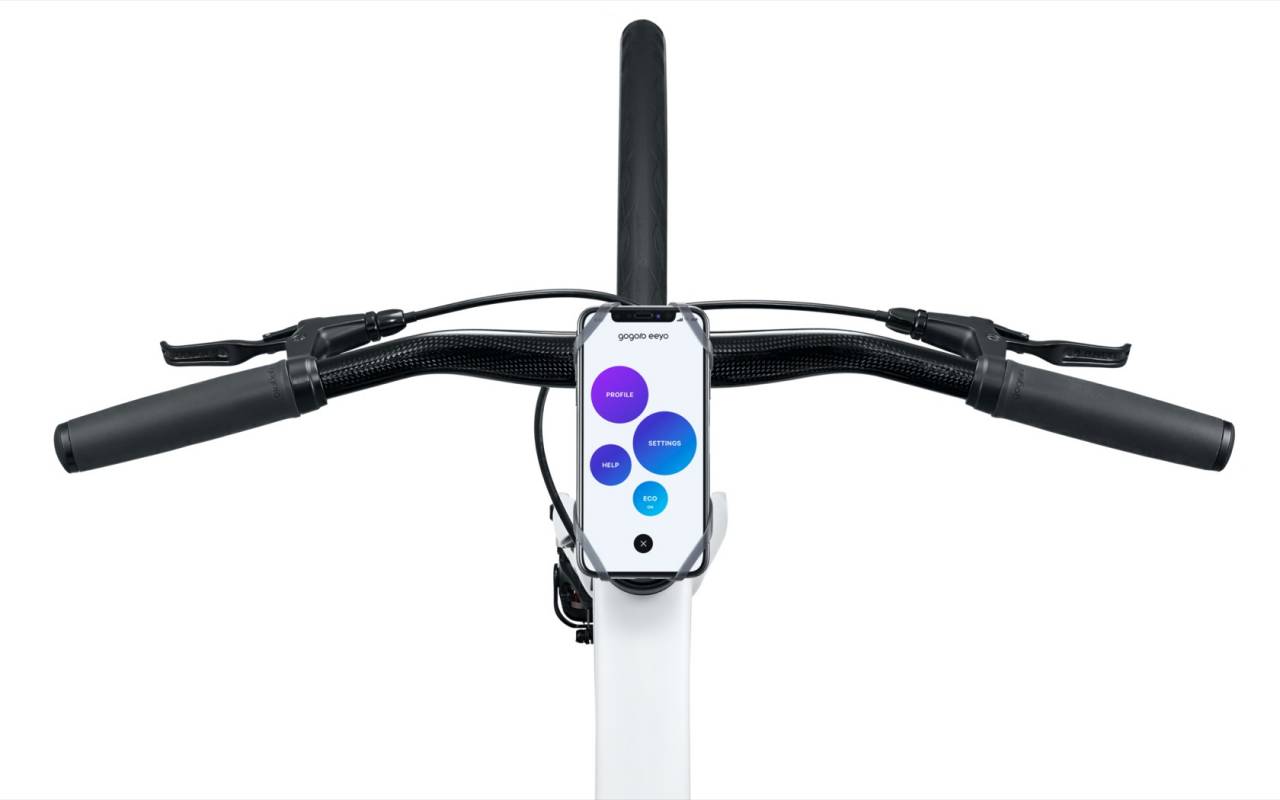 Eeyo 1s orders are expected to begin shipping from August 10, in warm matte white. It’ll be followed by Eeyo 1 shipments, in cloud blue or lobster orange, from mid-September. Around that time there’ll also be a number of Eeyo 1 accessories, including a phone mount for positioning your smartphone on the handlebars, and a stand charger which holds the bike up while it recharges.