Gogoro’s Eeyo e-bike has a new update, with the latest firmware adding synchronization support for Apple Health and other health trackers, among other improvements. Launched last year, Eeyo might not be mistaken for a motor-assisted bicycle at first glance, with Gogoro’s in-house design squeezing the electric motor and the battery all into the compact rear wheel hub.

At the same time, there are none of the obvious controls that e-bikes typically rely upon to for riders to interact with and control the degree of assistance they’re getting. Instead, Gogoro uses a variety of sensors to track how much effort they’re putting into each pedal stroke, and intelligently adds motor power to amplify that effort.

The result, the company promises, is a more familiar cycling feel for those who want assistance without that sense that they’re being propelled artificially. Indeed beyond the two power modes – accessed via the Eeyo app, which can be accessed from a smartphone mounted on the bike’s integrated phone-holder – there’s no way to adjust the motor assistance. While other e-bikes might pick up more of the slack, Eeyo 1’s big pitch is familiarity of experience for the biking enthusiast.

Now, that enthusiast can log just how much effort they’re putting in. Released today, the Eeyo v1.2 app brings Apple Health sync support: you’ll be able to add your Eeyo bike as a data source in the Health app on iPhone, and have your riding metrics imported into your profile. For those on Android, there’s data sharing with other health apps. 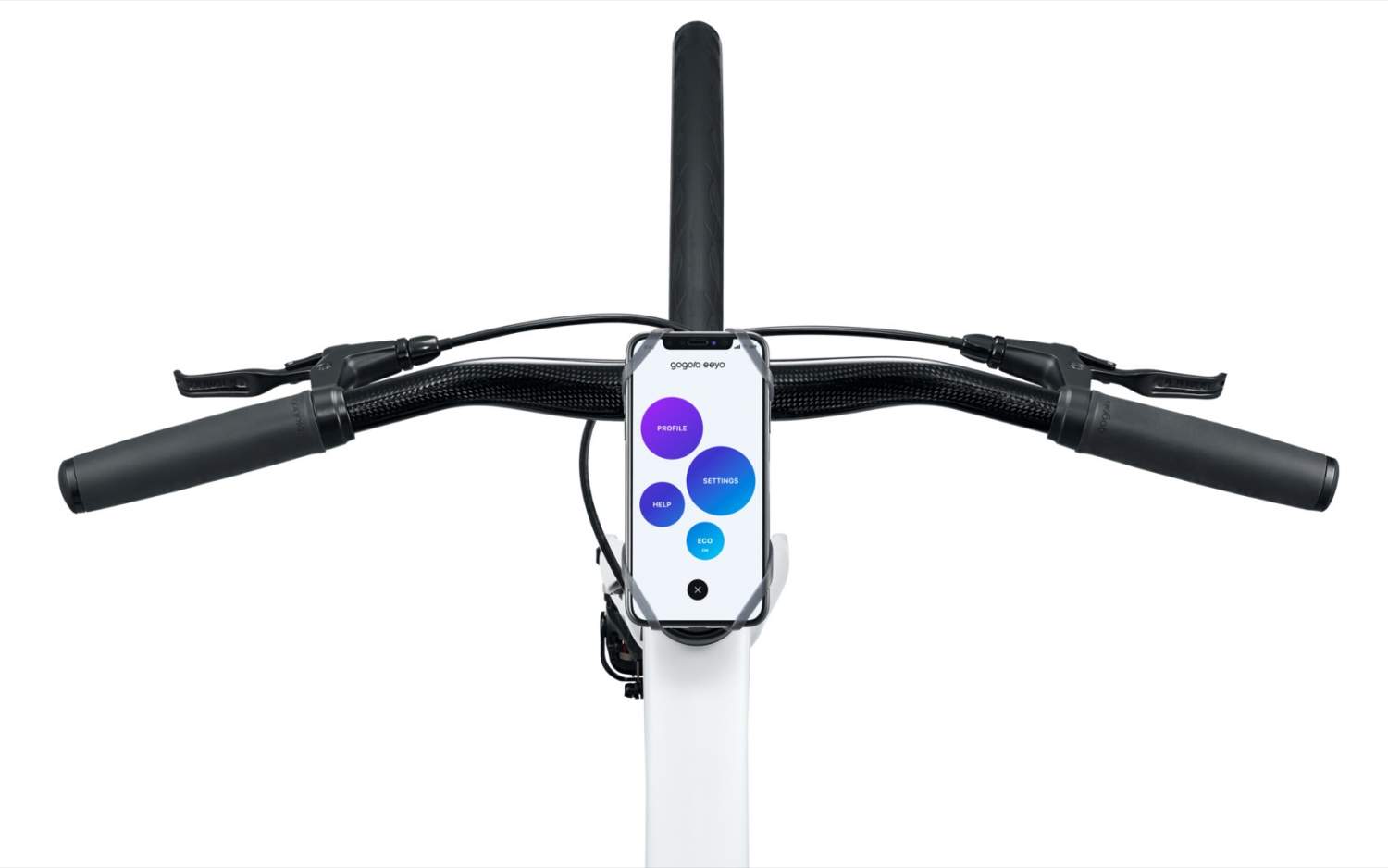 Exercise tracking for e-bikes can be tricky, given traditional ways of measuring effort while cycling – such as via a smartwatch – can be confused by the speed you’re traveling at versus the effort you’re putting in. This new update for Eeyo 1 follows Gogoro’s last new firmware release in December 2020, which began showing calories burned during riding. That was calculated using data from the torque sensor within the Smartwheel, which the company said was “an estimate on par with some of the most trusted cycling computers.”

This v1.2 app also adds a range estimate to the e-bike’s dashboard, and a battery charging reminder so that you don’t walk out in the morning and discover the Smartwheel hasn’t enough power to help you get to work (or the coffee shop). There’s also a new sleep option, which can be set to activate after a preset time and put the Eeyo 1 into a low-power state. Alternatively, it can be left to simply lock itself as is the current behavior.

The new Eeyo app 1.2 is available to download now. You’ll obviously need to be using an iPhone if you want Apple Health integration; Android users get integration with the health tracking apps on their phones. As well as the smartphone update, there’s also new firmware for the e-bike itself, which you’ll be prompted to install when your phone connects to the bike.