Sony has a fairly long list of big games lined up for the PlayStation 4 in 2018, but one of the biggest is unquestionably the new God of War. Though this is something of a soft reboot for the series, it still features the very same Kratos that challenged the gods and titans of ancient Greek mythology. Despite that, it appears to shake up some of the series’ core mechanics and settings, sticking Kratos in a frozen land where the Norse gods reign.

After a long wait, God of War finally got a release date today. Sony revealed that the new God of War will launch on PlayStation 4 on April 20, so those who are excited to return to the world of violent god-slaying only have three more months to wait. Sony also shared a new trailer for God of War, which explores the relationship between Kratos and his son Arteus. Check it out below.

Of course, it’s not a release date announcement without the reveal of multiple special editions. Sony begins by saying that anyone who pre-orders any version of the game will get one of three legendary shield skins to use in-game, while those who pre-order from GameStop or EB Games will also receive a Luck of Ages XP Talisman, which improves things like XP and Hacksilver gains while you have it equipped. 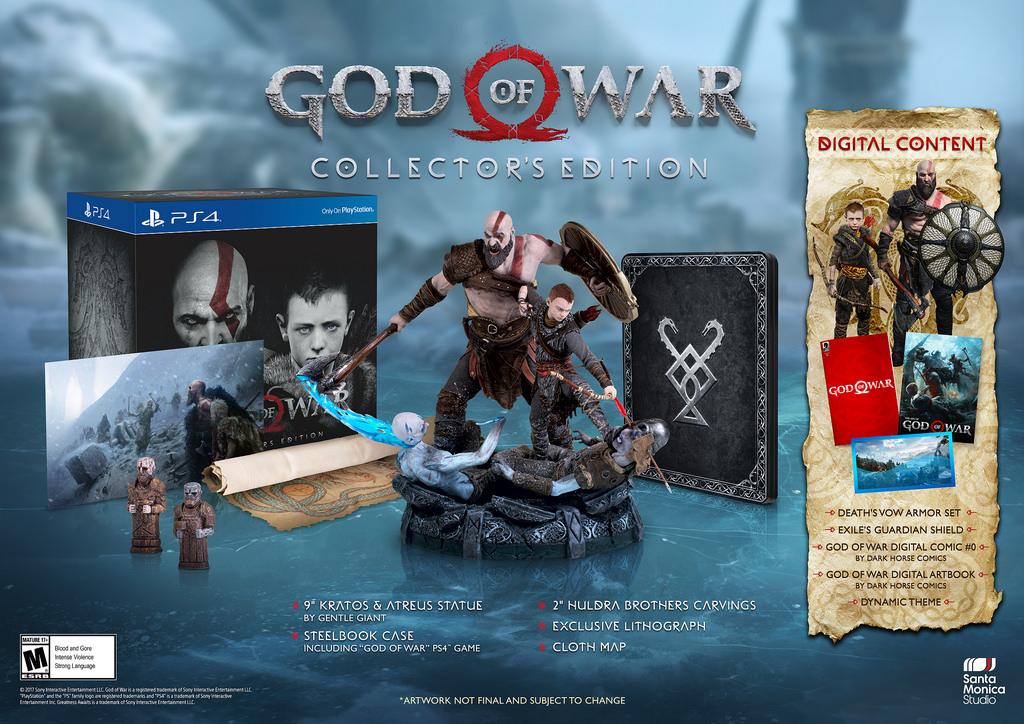 A $130 Collector’s Edition will offer a 9-inch statue of Kratos and Arteus as the marquee bonus, along with other physical goodies like a steelbook case, a lithograph, a cloth map, and a pair of Huldra Brothers carvings that each stand 2-inches tall. You’ll also get a collection of digital content, including one of the aforementioned shield skins, a digital comic, digital artbook, and a dynamic theme. 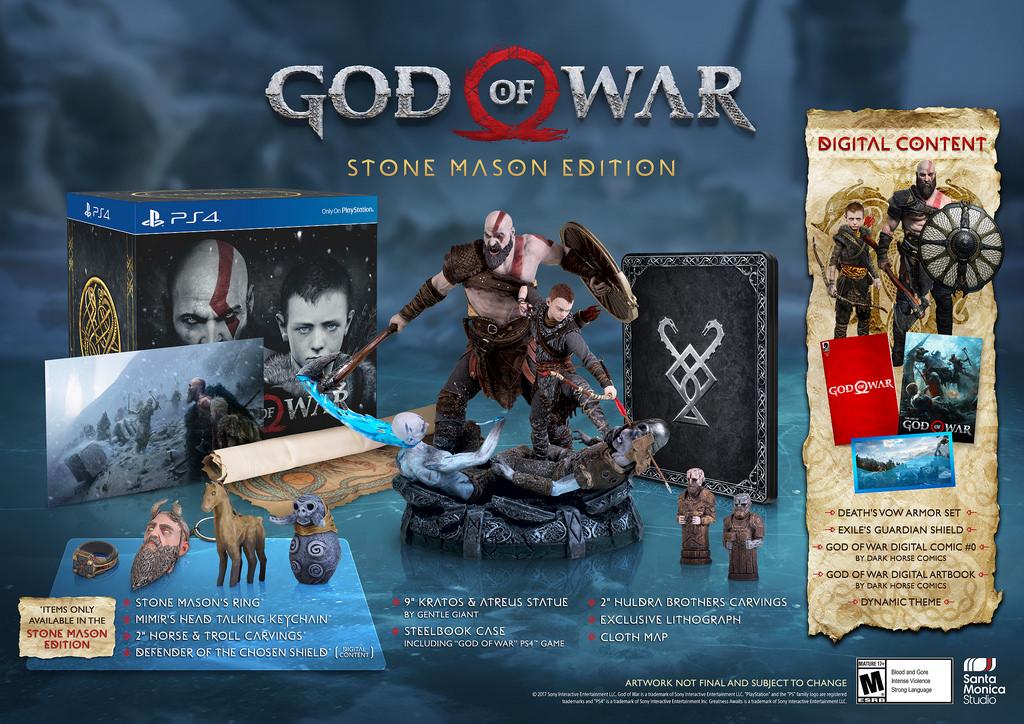 The $150 Stone Mason Edition, on the other hand, comes with everything found in the Collector’s Edition but throws in a few more physical items, including a Stone Mason ring, another set of carvings, and even a talking keychain. Finally, we come to the Digital Deluxe Edition, which will run $70 and includes all of the digital items in the Collector’s and Steel Mason Editions. 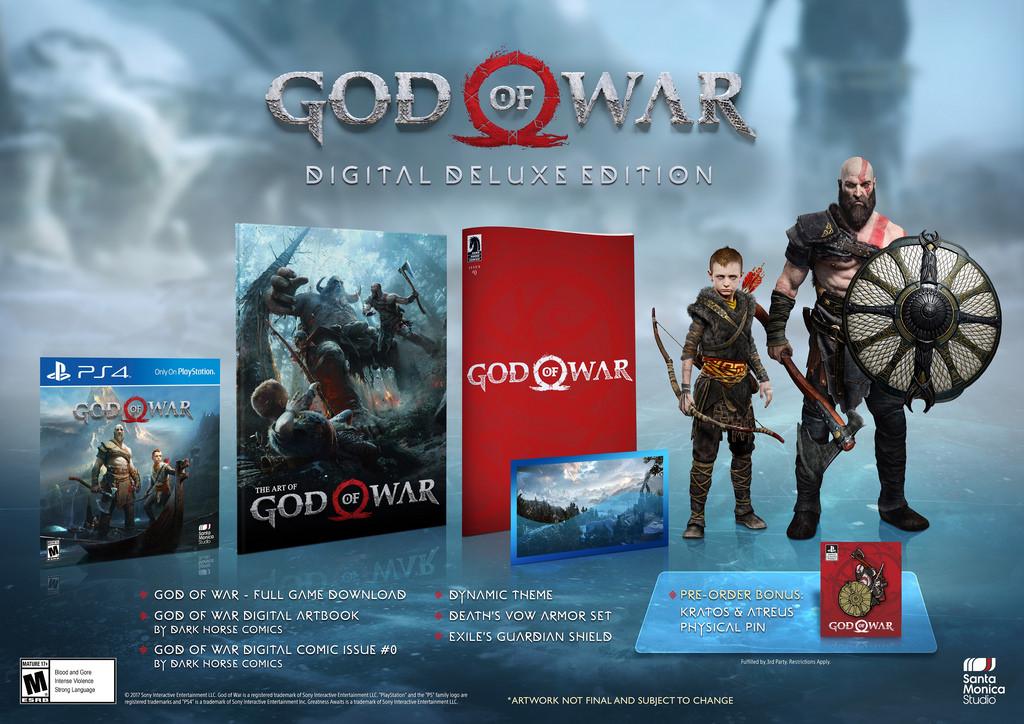 So, there you have it: if you’re a God of War enthusiast, Sony has plenty of ways for you to spend your hard-earned cash come launch day. Here’s hoping that the return to God of War is well worth the wait. Are you excited for the new God of War, or has the change of scenery left you feeling cool toward the new game? Head down to the comments section and let us know!