Overnight there’s been no sleep. Not while the goat roams free. Goat Simulator has been released for iOS for iPhone/iPad/iWhatever as well as Android, and it’s glorious. We’ve taken the time to get acquainted with the first big segment and let me tell you: this game is the first on-screen controls-having Android/iOS game I’ve ever truly not minded using on-screen controls with.

You’ll begin as a goat. There are no directions. Move forward in space and explore your environment, smashing things as you go. Hit the ram button and you’ll head-but whatever’s in front of you. Walk backwards while tapping said button and you’ll do a fabulous little kick. 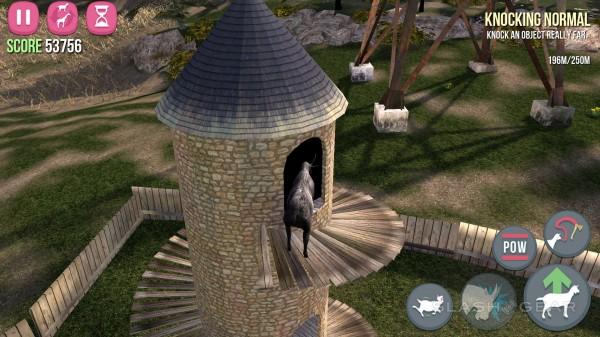 Once you start kicking things like gas pumps you’ll really start enjoying what you’re doing. Make certain you’re ready to get exploded into the ground, though.

This game is full of glitches. 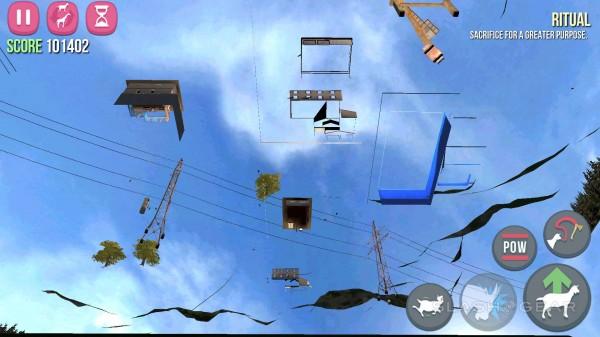 But it’s meant to be – so say the developers. 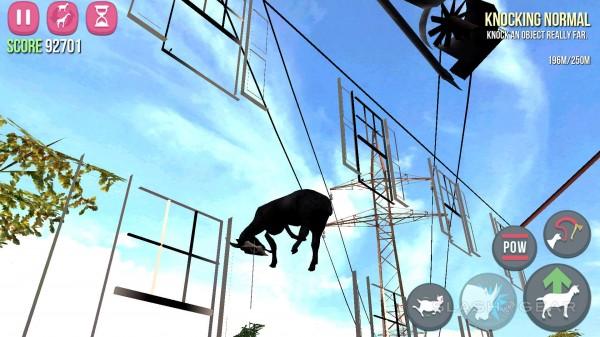 That’s why there’s a respawn button if you tap the pause button. Getting caught below the ground is only one of several glitch scenarios. You can also get caught in the side of a building! 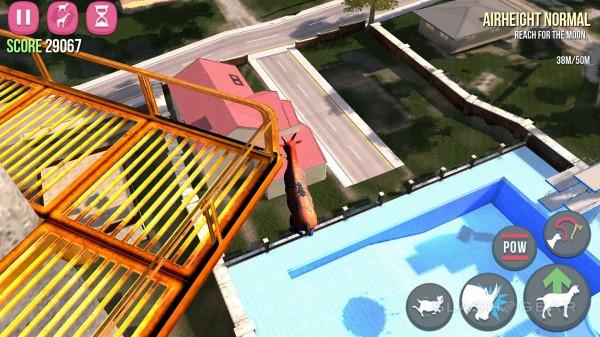 Or stuck to the top of a crane! Or lodged in the side of a pool! 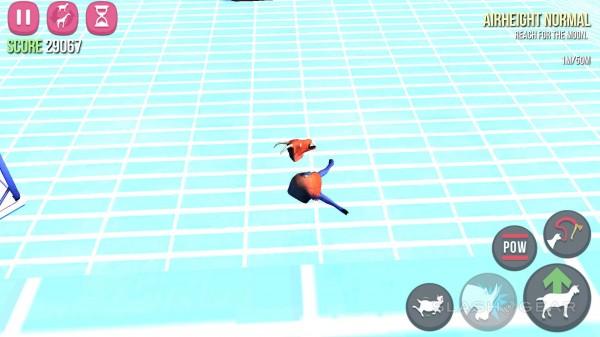 It’s all part of the Goat Simulator experience. You can also turn into various kinds of goats, including Spider-Goat, which you’ll see above, and Tall Goat. 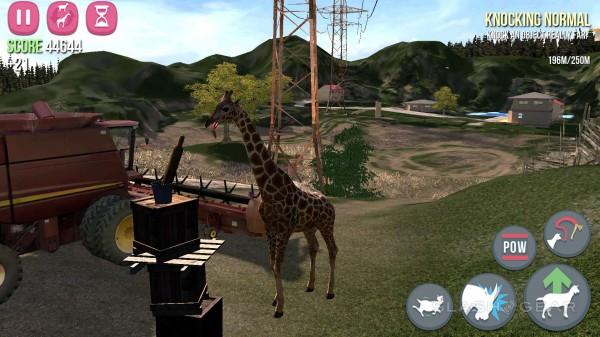 Below you’ll see several other kinds of goats, as well as the entrance to the worship palace for the evil queen goat. You’ll also see the goat tongue appearing more than once – it works in a manner sort of similar to Spider-Man’s webbing, hence the Spider-Transformation. 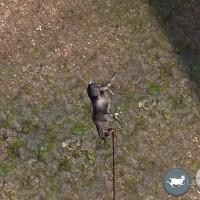 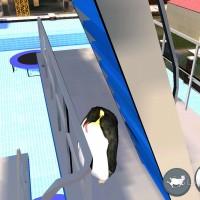 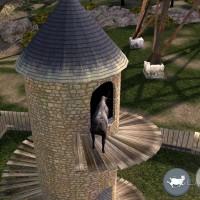 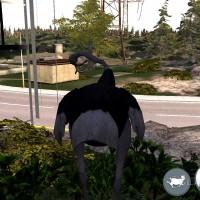 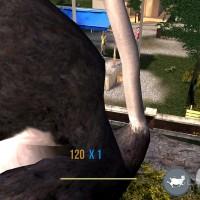 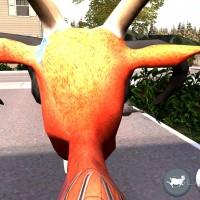 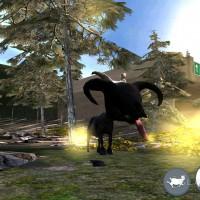 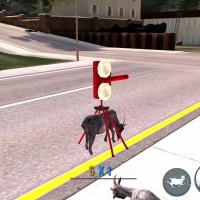 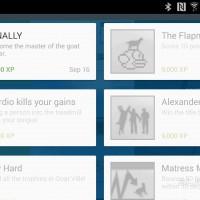 Make sure you understand that once you begin playing, you’ll have a difficult time stopping.

And let me tell you this: while we’re not certain of updates or upgrades or any future plans like that, the price you pay for this game for any platform is worth it. A fiver for a game I’ll play for hours on end on whatever device I’ve got in my pocket or backpack? Absolutely.