GM’s Cruise Origin is not like other autonomous cars

Rarely has “form follows function” been so fitting as with the Cruise Origin, the autonomous taxi pod that the GM and Honda-backed transportation company revealed this week. It’s a far cry from most of the self-driving concepts we’ve seen before, swoopingly futuristic vehicles fit for a sci-fi movie. That’s not from a lack of design attention, however: indeed, everything about the Origin is painstakingly intentional.

Cruise isn’t talking about when its ride-hailing service might actually be launching yet, or where that’ll happen initially. It has some bold boasts about how affordable the Origin will be – roughly half of an electric SUV like the Tesla Model X, apparently – but no actual figures.

At this point we’d be ready to consign the project to the “far fetched” tray, were it not for Cruise’s backers. General Motors – which acquired Cruise in early 2016, though has left it relatively independent since – and more recently Honda may not be the first names you think of when you consider autonomous driving, but they certainly know how to pump out affordable, mass-produced cars. That, Bryan Nesbitt, Executive Director of Global Architecture and Global Advanced Design at GM, explained to me, is why the trio works. 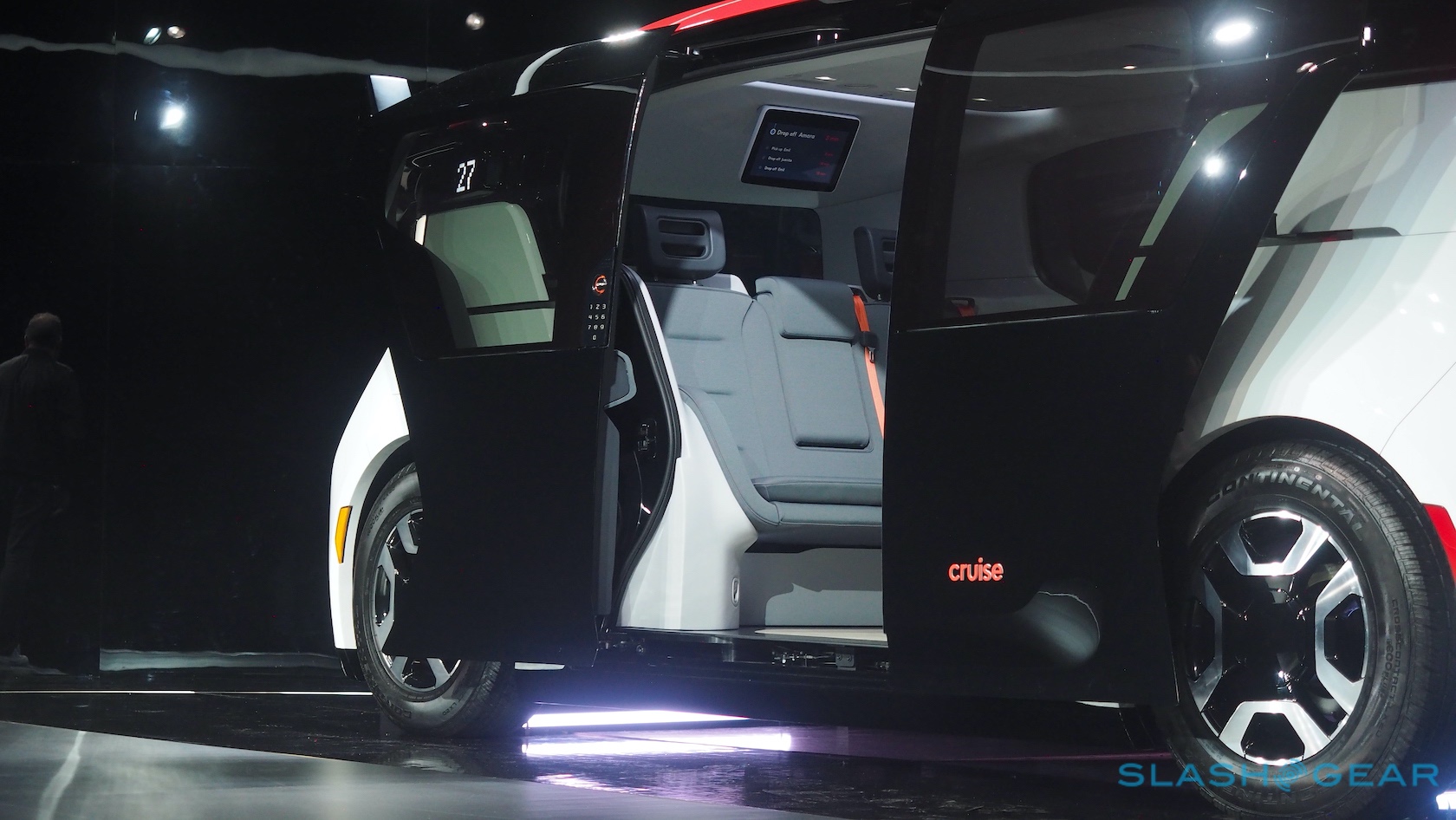 “For us, this was basically a dedicated white paper study,” Nesbitt says. “We started from the very base of what is the experience today, how could it be improved, and what are really the solution sets to enable that improvement?”

What the Origin isn’t is a Bolt EV – Chevy’s all-electric hatchback – with a boxy body slapped on top. “Everything’s very dedicated, a very dedicated execution,” Nesbitt insists. “Now we’ve got a lot of equity in battery-electric, with the Bolt, and of course that’s a big enabler in the construction of the platform. So the flat floor, getting things low for entry and egress, it’s a big enabler. And then with a dedicated electrical architecture you can move things around a lot.”

Platform sharing between automakers isn’t new, but when it comes to the brave new world of autonomous driving we’ve already seen fiefdoms spring up. Traditional car-makers seem simultaneously obsessed with, and terrified by, the idea of driverless vehicles. On the one hand it’s a whole new market; on the other, a massive step away from the status-quo. The idea of challenging that preconception, while also working with Honda, is something Nesbitt argues has fallen together relatively straightforwardly. 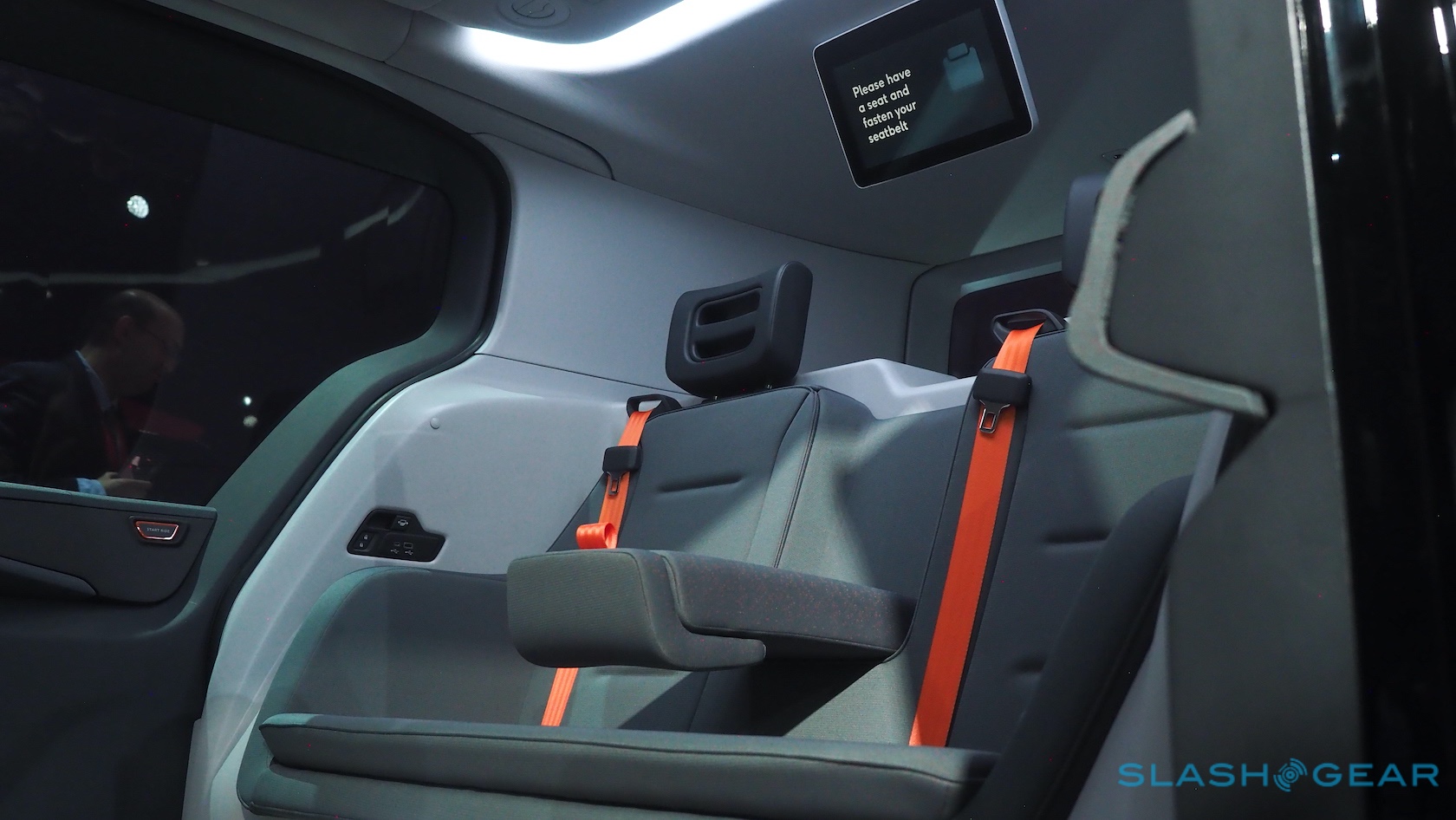 “It’s a partnership and collaboration,” the GM exec told me. “Certainly Cruise is here in the heat of collecting all the data, and they understand the users. We’re collecting all that information and trying to look at different scenarios of what are the solution sets, and then working with Honda on how to execute those solution sets.”

“At a high level we’re bringing our EV experience in chassis development,” Nesbit explains. “Honda’s experience in a lot of closures areas, and body areas. And then of course integrating all the hardware and software relative to Cruise.”

As for the boxy shape, that too was very intentional: not least for how it allowed Cruise’s engineers to place their sensor pods. “We wanted everything high and on the ends so that it doesn’t get damaged, expensive stuff doesn’t get damaged, and it’s a better field of view,” Carl Jenkins, Vice President of Hardware at Cruise, told me. “And it’s easier to replace: it allows the vehicle to get off and do high volume, long mileage, and that allows me to be able to swap and change as much as possible.” 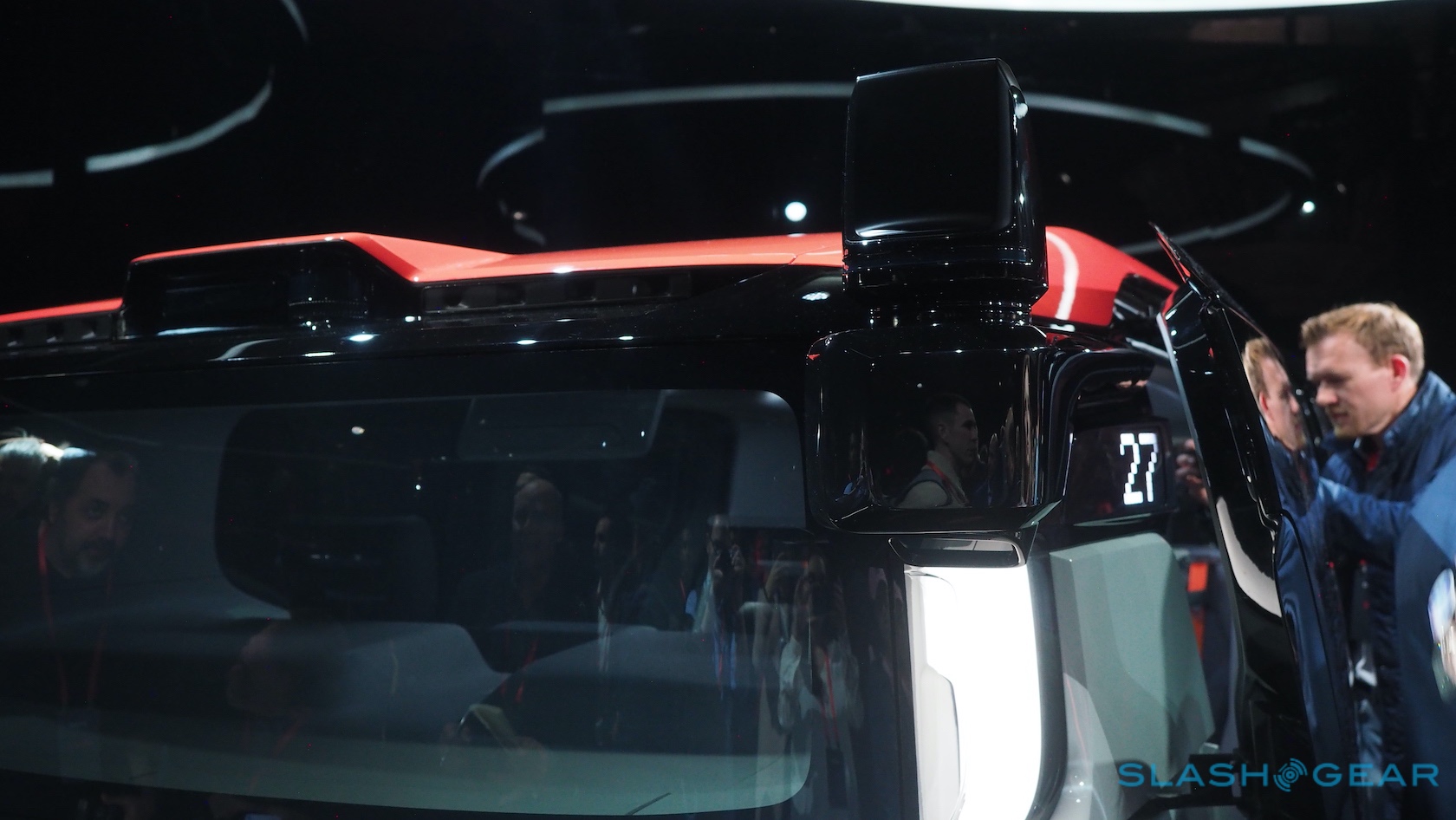 Modularity is key to the ethos of the Origin, and to its value proposition. On the one hand, being able to upgrade each vehicle as new sensors and other technologies come online – or for more mundane things, like broken body panels – means Cruise can keep them on the road longer. Each Origin is promised to have a lifespan of over a million miles.

It also helps keep the costs down, since the rapid pace of autonomous technology evolution could easily mean this year’s Origin is outdated twelve months from now. “This is very modular because we’re going to constantly upgrade, because we’re driving new design in sensors ourselves and onto the marketplace,” Jenkins says. “There’s lots of very interesting startup companies. There’s lots of very interesting established ones, deciding whether they want to be part of this game or not. So we’re going to embrace the use of that.”

Such an approach gives Cruise the flexibility to target the relatively “low hanging fruit” first in terms of deployments. “First of all it’s going to be urban environments that have okay weather,” Jenkins says. “Then we want to bring in more extreme weather conditions. So that that drives another set of sensor requirements again.” 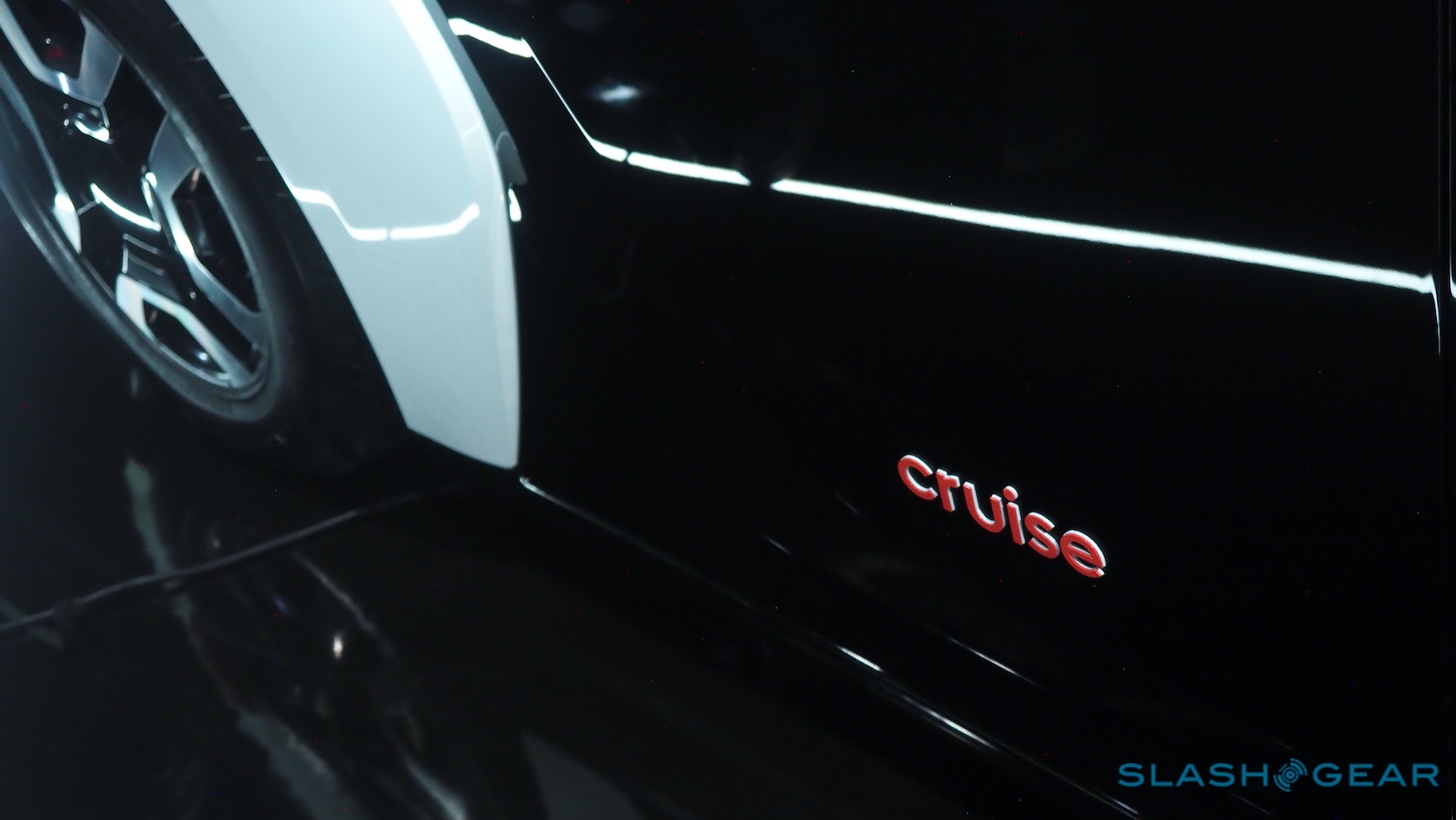 For the automotive industry, where car development lifecycles are typically measured in several year increments, Cruise’s pace is an outlier. We’re talking sensors being switched out in a matter of weeks, as the company finds a balance between performance, price, and packaging. What’s inside those owl-inspired rotating sensor pods, or their counterparts fixed elsewhere in the Origin’s bodywork, is flexible by design.

“I can’t even say whether it’s camera, radar, or LIDAR,” Jenkins told me when I asked what sort of sensors the vehicle shown off this week was equipped with, “because I can tell you that even in the last few weeks we’ve changed that and we’ve actually got rid of one of those.”

What’s interesting isn’t just how much of GM and Honda’s expertise filters down to Cruise, but what of the technology Cruise is developing will – and won’t – be shared with its heavyweight backers. You won’t, for example, see the Origin’s sensor pods on a GM vehicle, Jenkins confirms, though that’s not to say the tech behind them won’t. 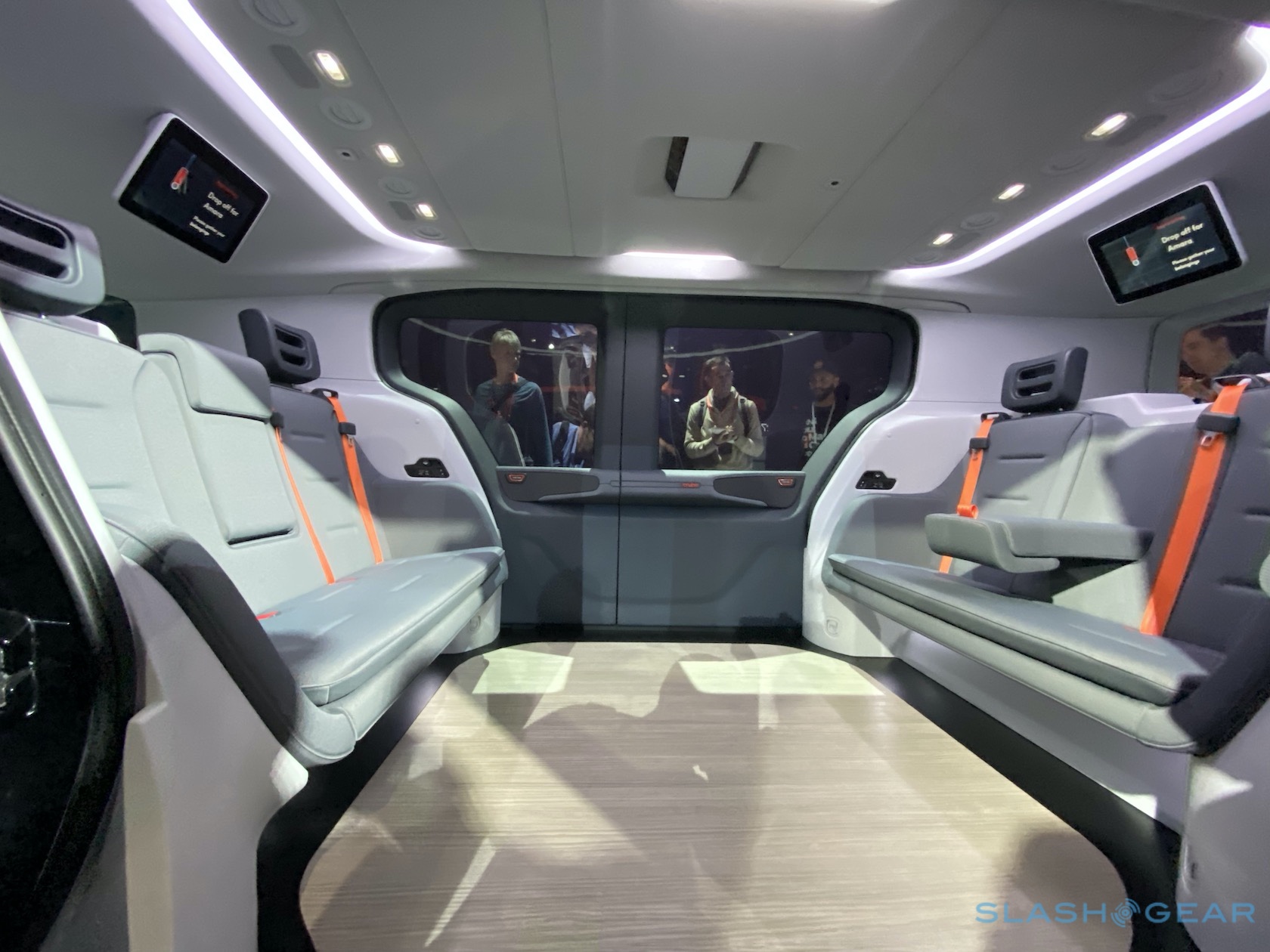 “Do we work together,” the former chief engineer for Google’s self-driving car project explained, “on some of the compute and sensor technologies that could make sense for Super Cruise and whatever their need is? Of course we do, that’s economies of scale as well.”

Down the line, Cruise might even branch out into selling its sensor technology to other companies making autonomous vehicles, Jenkins told me, or indeed anything else that demands high-performance tracking and mapping abilities.

Today, exactly how Cruise’s eventual ride-hailing service will operate has more questions than answers. The company has been operating a closed beta with its Bolt EV-based prototypes in San Francisco for more than a year now, driving Cruise employees around the peninsula though with a human safety driver poised at the wheel, and the city would seem an obvious place for a commercial service to start out, too. That’s something the company isn’t willing to talk about yet, however.

What we do know is that Cruise will be responsible for the operations and maintenance of the service and its vehicles. The fleet will likely be stored in underground parking garages – that, Jenkins says, defined the Origin’s maximum height of 80-inches – where it will presumably be charged and cleaned. Much as the exterior strikes a practical balance, so the interior was crafted with shared use in mind, but without wearing that too conspicuously on its sleeve.

“We were designing the materials to comprehend all those situations: the spills, someone gets sick, whatever those scenarios are,” GM’s Nesbitt says. “We wanted something very inviting on the material side, something home-like, so that it didn’t feel shared.”

How soon before we can try that out for ourselves? Cruise says to expect an announcement about production location for Origin soon, but it’s unclear what sort of timelines that will follow. GM has said it aims to have 20 new electric vehicles by 2023, spread across its various nameplates, and of which Origin is believed to be just one. If all goes to plan, though, it could end up being the most interesting of the lot.