The GMC Hummer EV will get its big reveal on October 20, the automaker has confirmed today, rebooting the iconic nameplate but adding some new features that the original, gas-guzzling Hummers never had. It’s been a later-than-expected announcement for the all-electric SUV, with General Motors’ initial intention of an earlier debut in 2020 yet another casualty of what’s been a very unusual year.

Instead, we’ll see it next month, as part of a virtual launch rather than an in-person one. We already know a fair amount about the new Hummer EV, which will be based on GM’s new Ultium platform for all-electric vehicles.

That consists of both new battery architecture and a new vehicle platform. GM will have the flexibility to add multiple motors in different configurations, along with various sizes of battery pack to balance price, range, and weight. For the Hummer EV, we’re expecting GMC to pull out all the stops.

One of the truck’s most eye-catching features is likely to be Crab Mode. An option on the electric vehicle, it’ll take advantage of the four-wheel steering support, where the rear wheels can turn either in tandem with, or in the opposite direction to, those at the front. Combined with the electric drive, it means the Hummer EV can scoot diagonally as well as in a straight line.

Choose the “Crabwalk” option from the truck’s infotainment system, and the front and rear wheels turn in tandem. Then, the Hummer EV moves part sideways, part forwards, all at once. GMC is billing it as perfect for off-roading situations, though we could see it being handy for maneuvering the new truck into awkward parking spots as well. 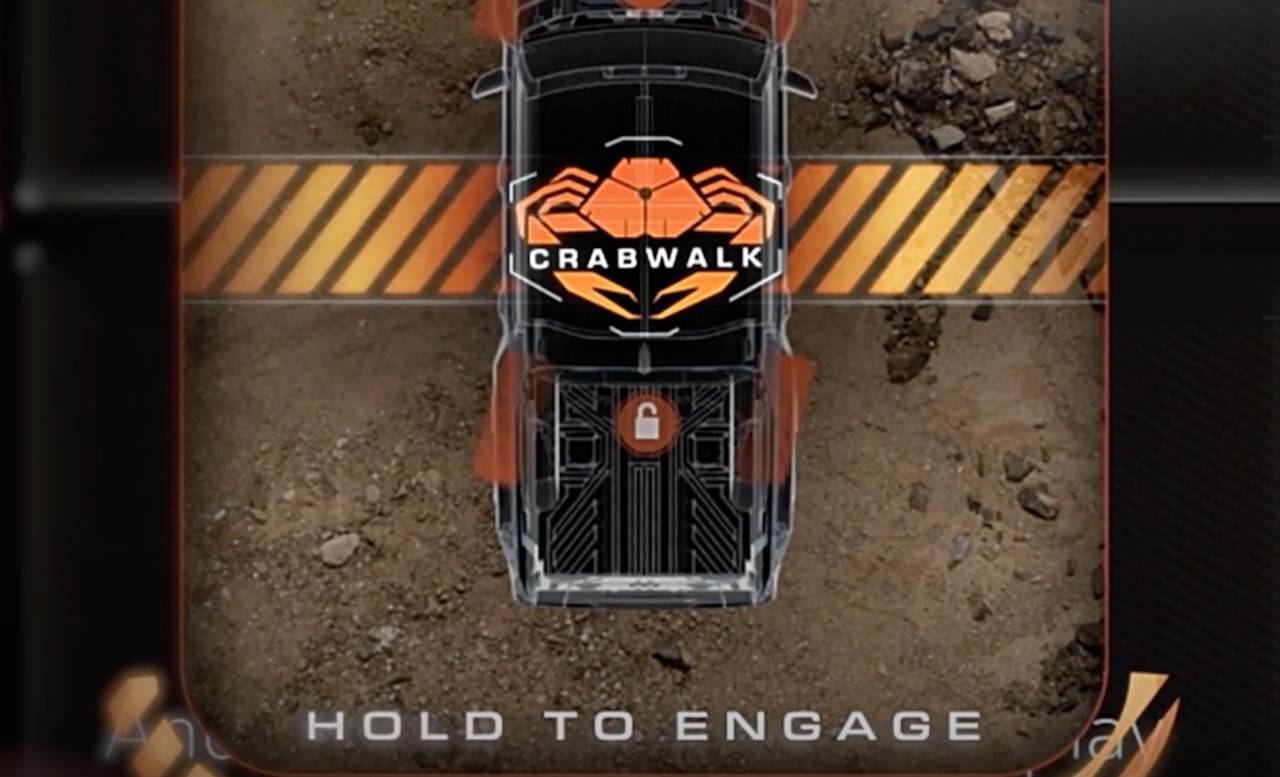 It’s unclear just what the maximum angle that the Crab Mode will support is, and the maximum speed. It seems unlikely that GMC would allow the truck to operate at more than a crab’s pace. However all-wheel steering does pay dividends when at a higher pace, as we’ve seen on other cars, where it can help improve stability at highway-speed lane changes, among other things.

The biggest questions, of course, are things like range and price. GMC has talked up the Hummer EV’s potent electric motor power, but it’ll also need to have the battery stamina to make use of that. We’ll find out more come Thursday, October 20.