Gmail update: Attach emails to other emails without download

If you’re here to learn how to attach emails to other emails in Gmail, you’re in luck. Today, Google revealed that they’d updated Gmail via the G Suite update blog to allow emails to attach to other emails without downloading before attaching. As such, you can now drag an email or multiple emails from your Gmail browser window into an already-open draft email to see said email or emails attached to said draft.

If you’re here, it’s likely you already have a use-case in mind when it comes to attaching emails to other emails. But just in case you came here curious, Google explains the feature as follows. “We’ve heard from you that there are situations where attaching emails makes more sense than forwarding separate emails, like wanting to forward multiple messages related to a single topic.”

“Sending emails as attachments allows you to write a summary email message to your recipients, and attach the set of supporting emails that recipients can directly open in their mail client.” As Google suggested today, this feature should be most useful for those times when you’ve gotten a BUNCH of emails – not in a string – that you’d like to then forward on to a recipient.

There are a couple different ways in which this feature can be activated, the first of which is shown in the image above (at the head of this article). There, the user has an email open in a draft window – this is the sort of window you see if you’re writing an email and can still see your inboxes with individual emails in the area behind said email. If you select several emails (or just one email) via checkbox, you can drag and drop those emails into your draft email.

To get to a draft email like you see at the head of this article, you may need to tap an email’s “pop out reply” button as shown in the image below. 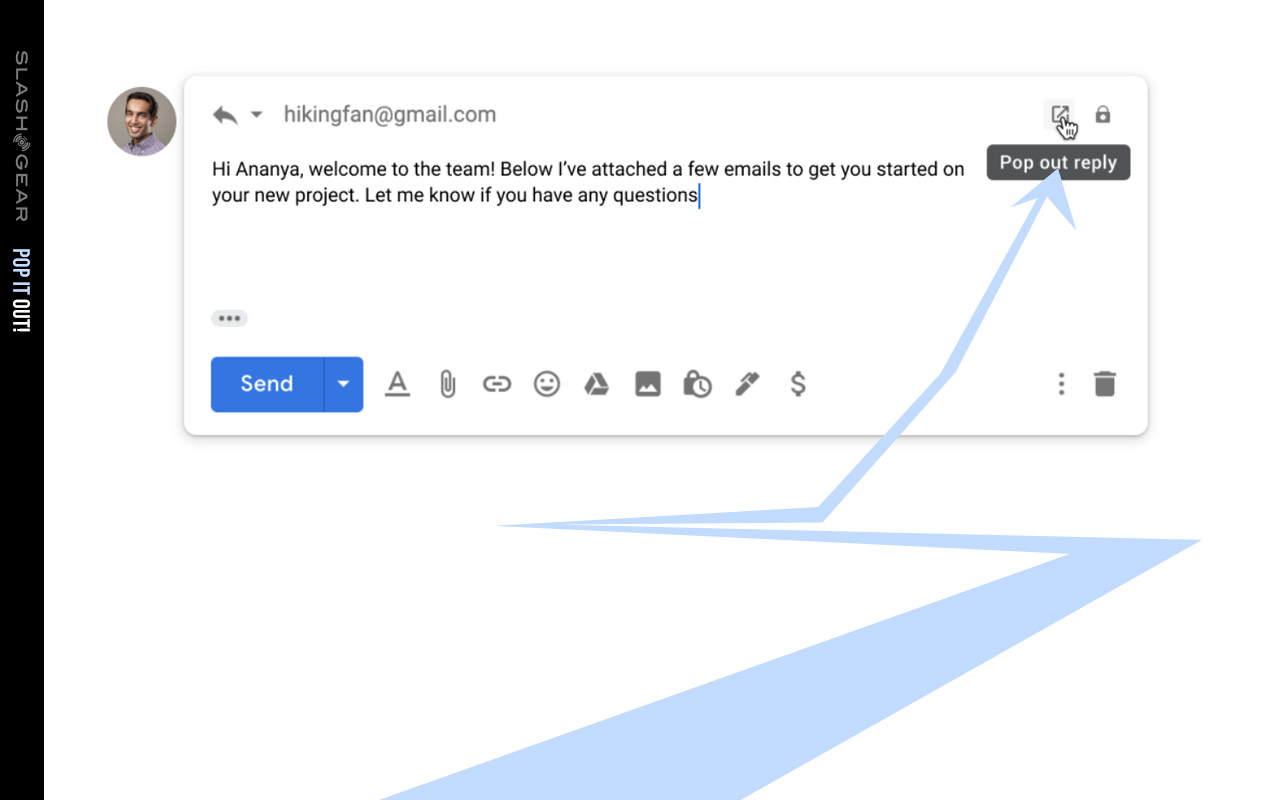 Another way this can be done is by selecting multiple emails via tapping checkboxes. After checking off emails, you’ll want to tap the overflow button (three dots) and select the “Forward as attachment” option. 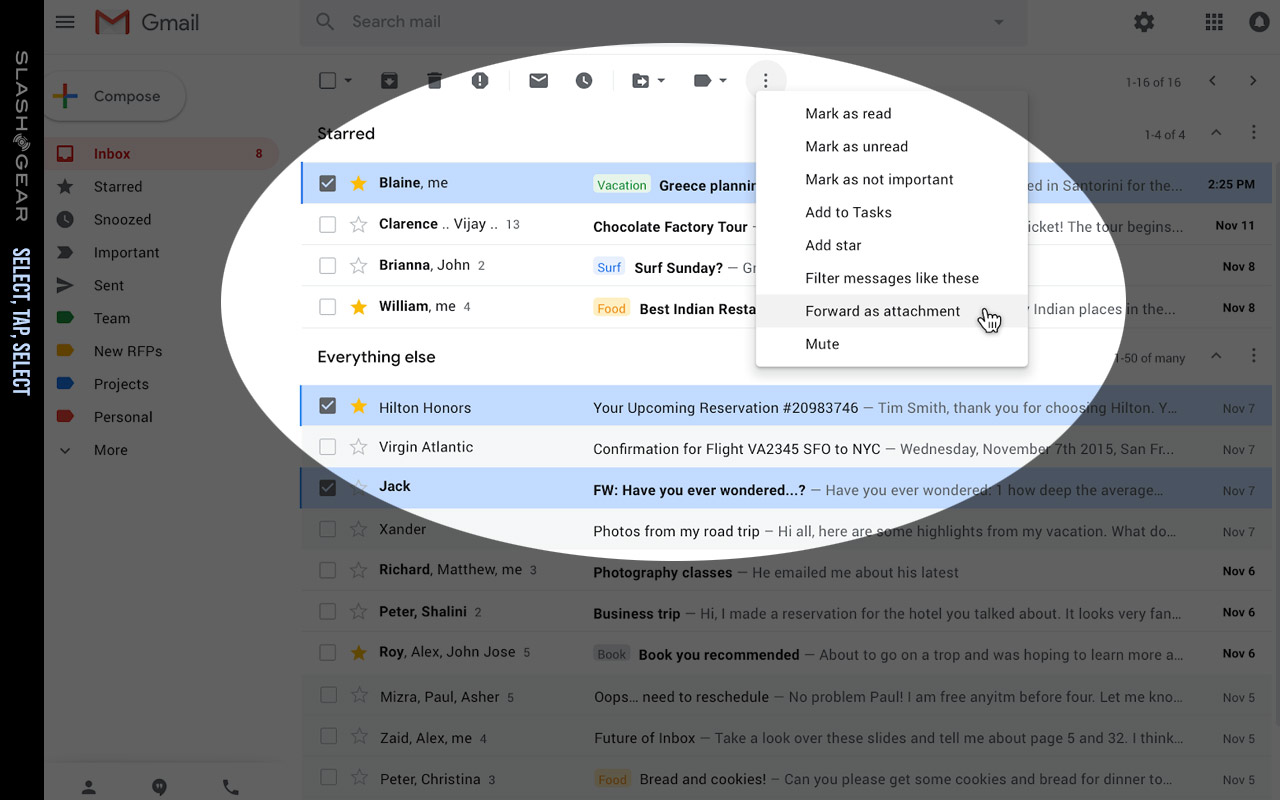 If you’re reading this article before the update is released, you will not necessarily have this feature available in Gmail.

There is no way to force the update with which this feature will appear available. It’ll be ON by default when available in Gmail on all G Suite editions, and you’ll know it when you see it. It’ll appear when you see the “Forward as attachment” option in the three-dot More menu as such. Until you get there for that, you’ll have to download emails individually, then attach them as you’d have done otherwise.