Google’s Glass Explorer Edition headsets will come with a set of usage, tech, and app limitations at odds with the freedom Android developers are used to, including blanket permission to remotely strip out functionality from the wearable computer. Glass, which Google announced had begun shipping in partial numbers from Monday, comes with a new Terms of Sale agreement as part of the setup process, with strict limits on who you can allow to use your headset, and how Google can update it to remove features it may decide are dangerous or simply not in keeping with how it feels the wearable should evolve.

Would-be international developers have already voiced their frustration about Google’s decision to limit availability of the Glass Explorer Edition to those in the US only; even the Glass companion app, freshly released into the Play store, is geo-restricted to those in the US. However, the conditions of use for the developer headset are even stricter than normal:

In short, if Google discovers you’ve tried to sell on your Glass unit, or even allow another developer to borrow it to cook up their own “Glassware” apps, the search giant is within its rights to remotely kill the wearable. It’s unclear how this might affect teams of developers looking to share a single headset while working together on services, though presumably Google will track possible signs of loaning behavior by which Google+ accounts Glass is logged into. 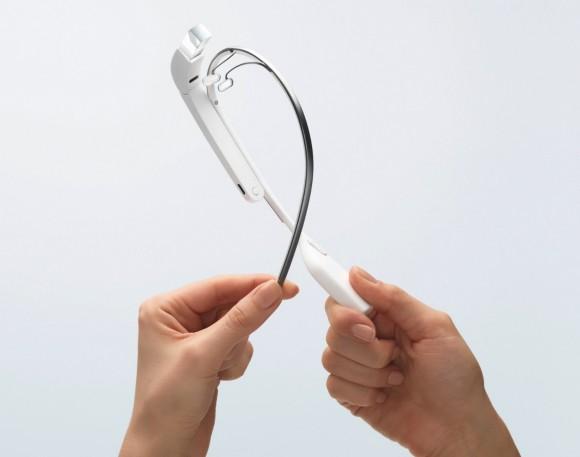 Remotely bricking a Glass unit might be somewhat draconian, but Google has other methods of remote control it can call upon. Glass will periodically check in with one or more update servers for the latest software, with the system automatically upgrading to the newest firmware. That sort of system is familiar from Android phones, of course, but the difference with Glass is that the user will have no control over whether it happens: running Google’s newest version is mandatory.

“From time to time, Glass may check with remote servers (hosted by Google or by third parties) for available updates to both the Glass software and any Glass services you have enabled, including but not limited to bug fixes or enhanced functionality. You agree that such updates will be automatically requested, downloaded, and installed without further notice to you” Google

In a similar way, Google reserves the right to remotely kill any service or feature on a Glass unit that it deems unsuitable, using a blacklist of banned services that the wearable will periodically check for.

“From time to time, Google may discover a Glass service that violates Google developer terms or other legal agreements, laws, regulations or policies. Glass will periodically download a list of such Glass services from Google’s servers. You agree that Google may remotely disable or remove any such Glass service from user systems in its sole discretion” Google

There’s no telling whether Google will be so strict with the commercial version of Glass, set to follow on after developers have got to grips with the Explorer Edition and begun cooking up software for it. However, the nature of the Glass system and the Mirror API that acts as a conduit for content means that users have little choice but to abide by Google’s rules.

That’s because everything passes through the Mirror API, with Google’s servers sitting in-between third-party services and the wearable itself. As SlashGear revealed back in February, Google can use that ‘conduit’ position to effectively place limits on what is displayed on Glass and what can be shared from the headset:

“For third-party developers, integrating with Glass is all about integrating with the Mirror API Google’s servers rely upon. So, if you’re Twitter, you’d use the API to push a card – say, to compose a new tweet, using voice recognition – to the Glass headset via the user’s Google+ account, coded in HTML, with a limited set of functions available on each card to keep things straightforward (say, dictate and tweet). Twitter pushes to Google’s servers, and Google pushes to Glass … As a system, it’s both highly flexible and strictly controlled”

It also means there’s no possibility of inserting adverts or charging for software, two other limits Google has revealed with this new blast of information. Again, the policies could well change by the time the commercial Glass is released, but for the moment any functionality served up for the developer models has to be free and barren of adverts. User data also cannot be sold or shared for advertising purposes.

On the one hand, Google’s stricter controls around Glass make perfect sense with its more tentative approach to wearable functionality. The company has a set of four new “User Interface Guidelines” for instance, which it expects developers to follow when they design for Glass. That includes considerations about not distracting or overloading users with data.

On the flip side, however, there’s a strong contrast between the relative free-for-all of the Android developer scene and the environment – at least initially – for Glass developers. Arguably that’s down to the greater potential for damage in user-experience should Glass apps go rogue: something that might be mildly frustrating on a smartphone could well be considered a deal-breaker on a device intended to be worn throughout the day.

It remains to be seen as to how strict in following its regulations Google will be, and the fact that the company has given itself permission to remotely deactivate Glass units doesn’t necessarily mean it will take advantage of that. Nonetheless, developers will have to be ready to toe the line if they don’t want to run the risk of having an expensive – but non-functional – geek tiara instead of a high-tech wearable computer.