Here be dragons, they said, there’ll be dragons coming to the mainland soon, they kept saying. But there haven’t been dragons where I’ve wanted them in Game of Thrones on TV yet. That’s what I said. I want to see dragons where it matters most, I said. Lo! And behold – the latest Game of Thrones TV show poster teases the oncoming wrath of these dragons, right in front of everyone’s favorite main character Tyrion Lannister – whom, if you’ll remember from the end of last season, might not be in a great place right this minute.

The next season of Game of Thrones will be diverging from the books. Recent tips from on high suggested that this season would be bloodier than the books, and that we’d HAVE to move beyond the plot of the books or else. Not or else we’d die – but or else we’d just have to forget the fact that we’re already near the end of the plotline. 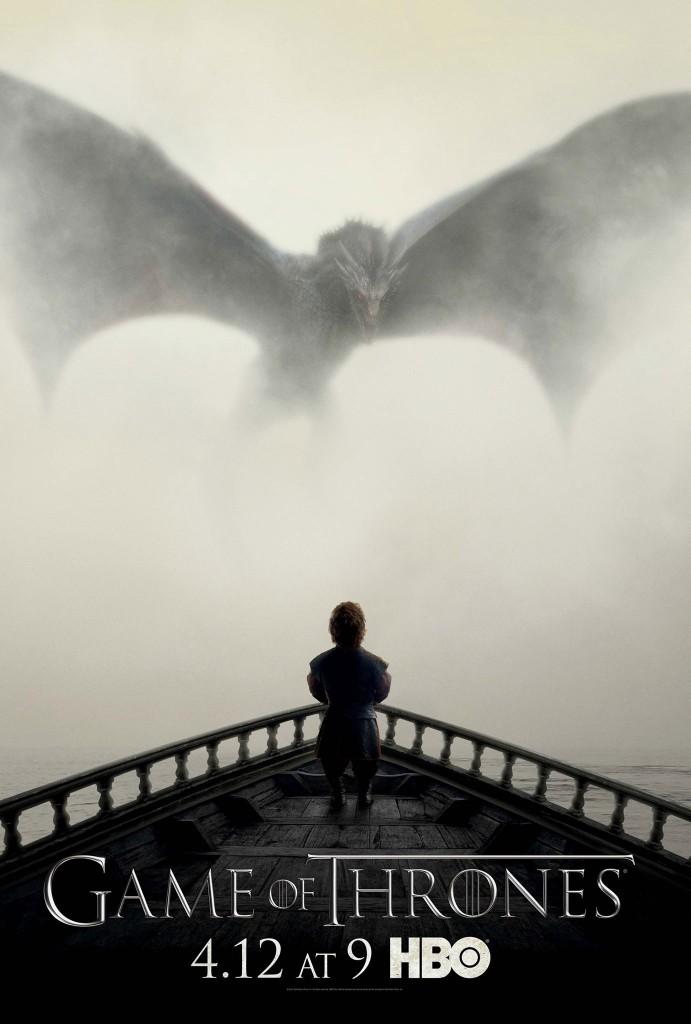 Tap the image above to see a full-sized iteration of the post (as large as we’ve got it thus far.)

The books will be surpassed in 2015. By the time we’re at the end of this season, we’ll have moved beyond the place where the most recent book ended.

Sadness, and joy. This means that the two universes can finally be rid of one another. The positive side of this is the end of fun-making on the part of the readers of the books, those that read the books exclusively and decided to make life hard on those that watched the show.

But no matter – the next season of the show comes on soon!

This week HBO is releasing a number of “The Sight” clips. This is meant to be a look from the perspective of a person who’s able to see with this 3rd-eye, but it really just gives you a glimpse into the future.

Watch out for swear words here or there – if it wasn’t already obvious, this collection of clips is not safe for work. Keep that in mind.

Below you’ll find a Game of Thrones Season 5 trailer. Watch out for spoilers of all sorts.

Finally you’ll see a bit called Game of Thrones Season 5: A Day in the Life.

Stick around SlashGear for more Game of Thrones teasers in the next few weeks.