The next major Samsung smartphone had a bit of a name leak today to match with a list of specifications leaked over the past few weeks. This device will be the successor to the Samsung Galaxy Fold. It’ll fold like a book, where the Samsung Galaxy Z Flip flipped open like a traditional flip phone. Now there’ll be two devices with “Z” in the title each year, one “Fold”, the other a “Flip”.

Samsung now has a Samsung Galaxy Note line of devices, Galaxy S, and Galaxy Z. These will be Samsung’s multiple hero smartphone lines for the foreseeable future. 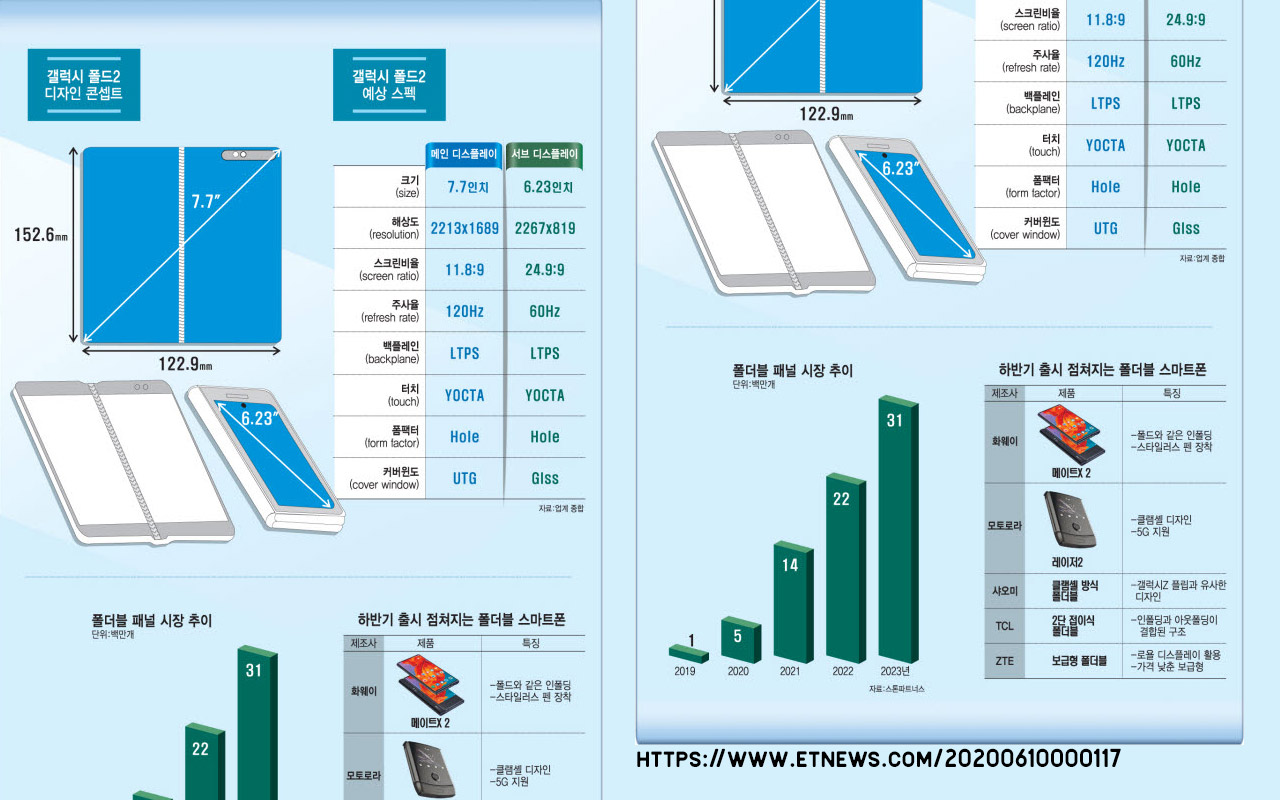 The Samsung Galaxy Z Fold 2 is rumored to roll with a display that covers a lot more of its outside than the first-gen device (which functioned a bit more like a window). The inner display (the folding display) will be larger than its predecessor, too, at 7.7-inches diagonally. It’ll also likely have a slightly different shape, with punch-holes for cameras and/or sensors and no notch as such.