Today we’ve had a look at the Galaxy S9 as leaked over the past few weeks as it measures up to the Galaxy S8. We’ve also taken out the Galaxy S9+ leaks and had them measured up against the Galaxy S8+, making for an all-out war of the step-up upgrades just before Samsung’s event. Is this half-step worth the big upgrade? How about if the number isn’t a half-step, but a whole number?

The Galaxy S8 and Galaxy S9 are quite likely going to be extremely similar in size and shape. They’ll be just different enough that you’ll be unable to use the same case and/or screen protectors as before – but they’re similar. The Galaxy S8 has dimensions of 148 x 68.1 x 8mm, while the Galaxy S9 is rumored to be 147.6 x 68.7 x 8.4mm. 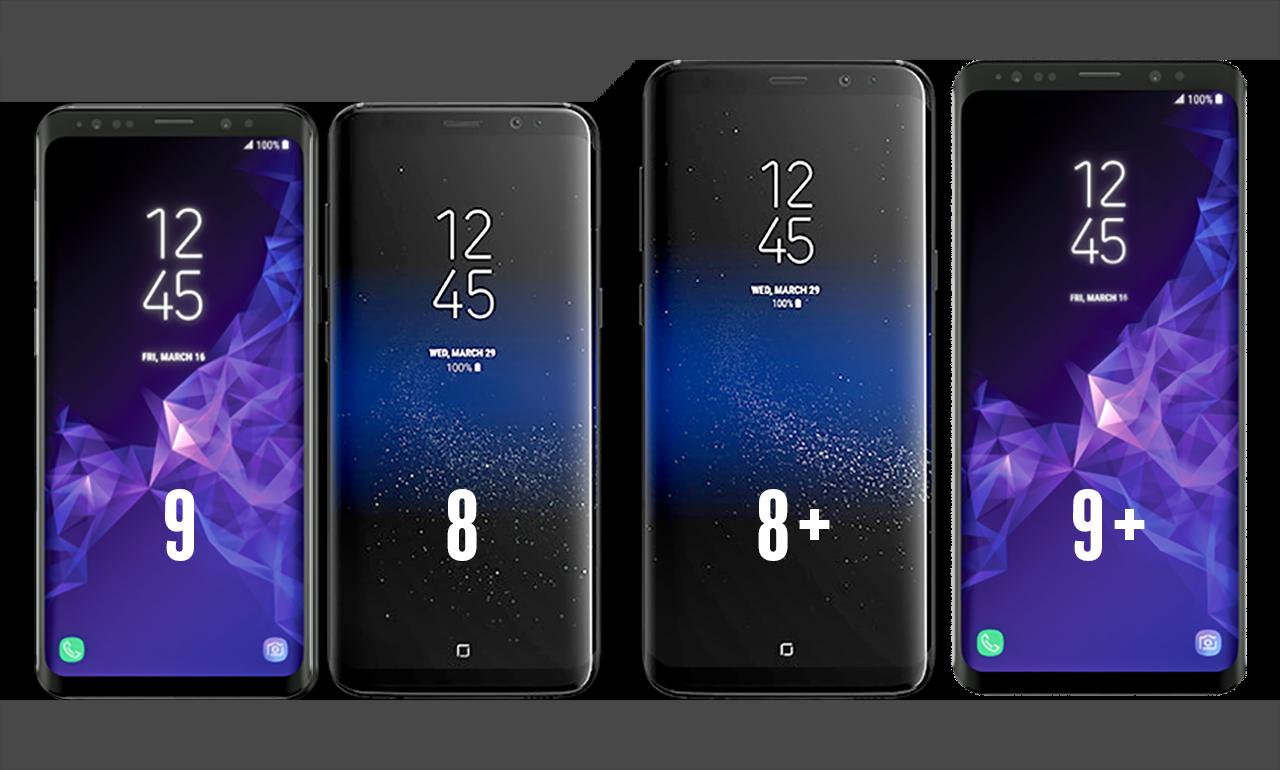 Above you’ll see an image which uses press renders of the Galaxy S8, the S9, the S9+, and the S8+. The S8 and S8+ are officially sourced Samsung images, while the S9 and S9+ come from a leak from earlier today. If my calculations are correct, the S9+ may need slightly sharper display corners, otherwise these leaked images match up perfectly with the rumors we’ve stacked up thus far. 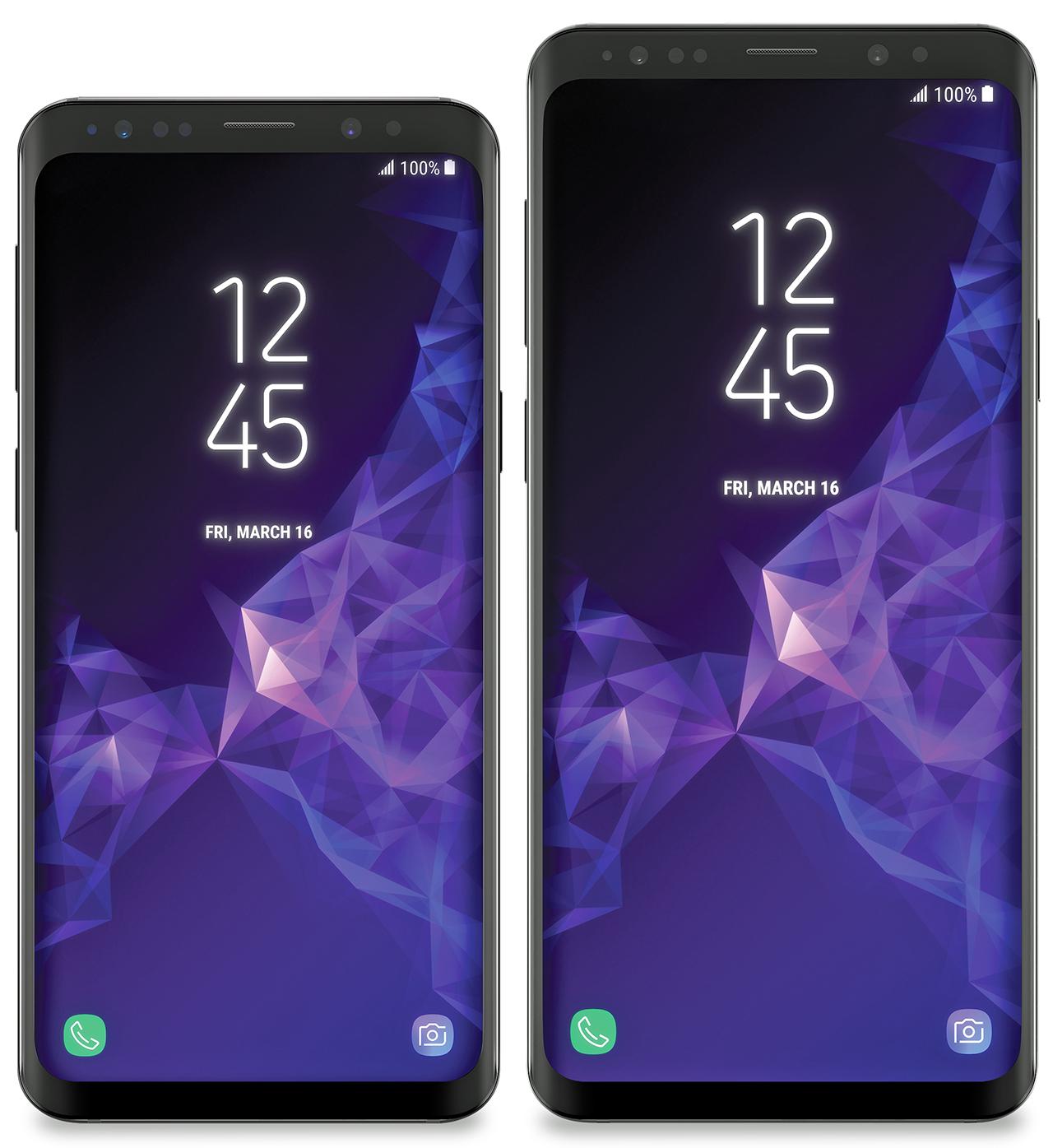 The Galaxy S8 and S9 are said to roll with 64GB internal storage and a 12-MP camera on their back. The battery in the S8 was 3000mAh while the S9 is said to have a 3100mAh battery. RAM in both devices is likely 4GB, and both also have access to additional data storage via microSD up to 256GB. 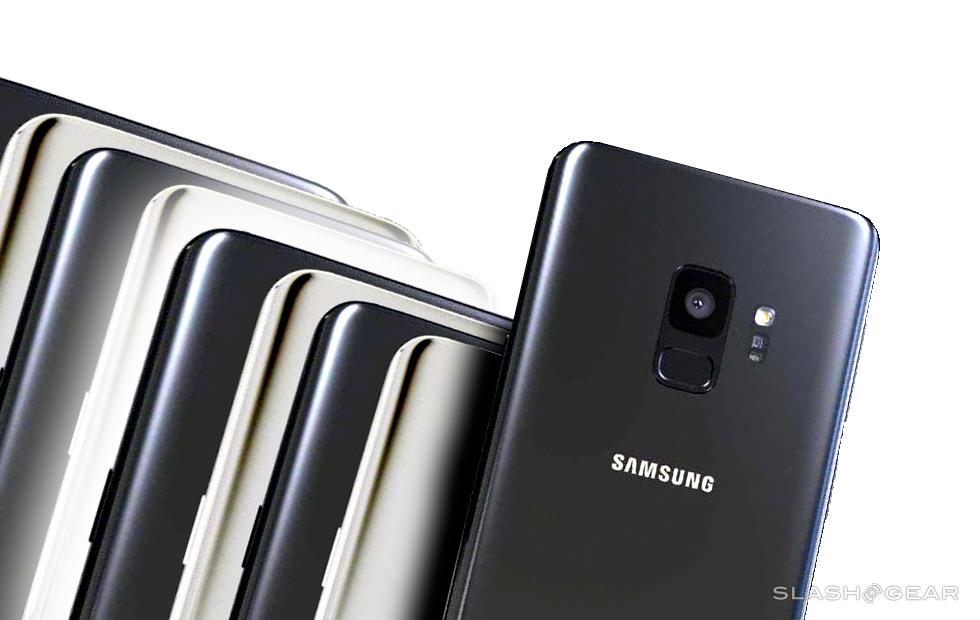 The Galaxy S8 had a Qualcomm Snapdragon 835 MSM8998 while the Galaxy S9 is said to come with the Qualcomm Snapdragon 845 SDM845. Both devices have wireless charting, USB-C, GPS and A-GPS, NFC, and Super AMOLED displays. While both have 1440 x 2960 pixel displays, the display on the Galaxy S9 is likely ever-so-slightly larger, giving it a slightly (unnoticeable by the human eye) lower screen density. Both displays are said to be 5.8-inches large.

The situation of ratios is very similar on the S9+ vs S8+, making the density very similar, but not exact. The Galaxy S9+ will have a significant detail change on its back: it’ll roll with a dual-lens camera setup instead of single-lens, giving it an advantage over the S8+, the S8, and the S9. We’ll see how much of a difference when we get our review units in-hand.

We’ll know the full story once we get in full contact with these devices on February 25th, 2018. That’ll be coming up quicker than you think – but it IS still a whole month away. Cross your fingers for more new details and super neato features before then!