The Samsung Galaxy S8 is tipped to feature a voice assistant called Bixby that’s so advanced, it’ll work in nearly every native app. “We are developing a key major interface which will bring about a totally new paradigm; an open AI platform.” said Samsung Electronics’ Vice President Rhee In-jong. “The current Galaxy smartphones need separate applications for users, for instance, to order pizza or coffee. But, the new AI platform will enable them to order (or do) things directly without going through separate applications.”

The next Samsung Galaxy phone will have a smart assistant with natural voice recognition, like Google or Apple’s Siri. The assistant will use technology acquired by Samsung in October of 2016 with a company called VIV Labs. The VIV Labs group was (and is) made up of former developers of Apple’s Siri.

The big differentiator for this AI – above and beyond those made by Apple, Google, Amazon, and Microsoft – is its ability to learn. Samsung’s AI will be open, and able to be used by developers and programmers of all sorts. Bixby can be told what to do, yes, but it can also adapt and teach itself new information with its user’s help. 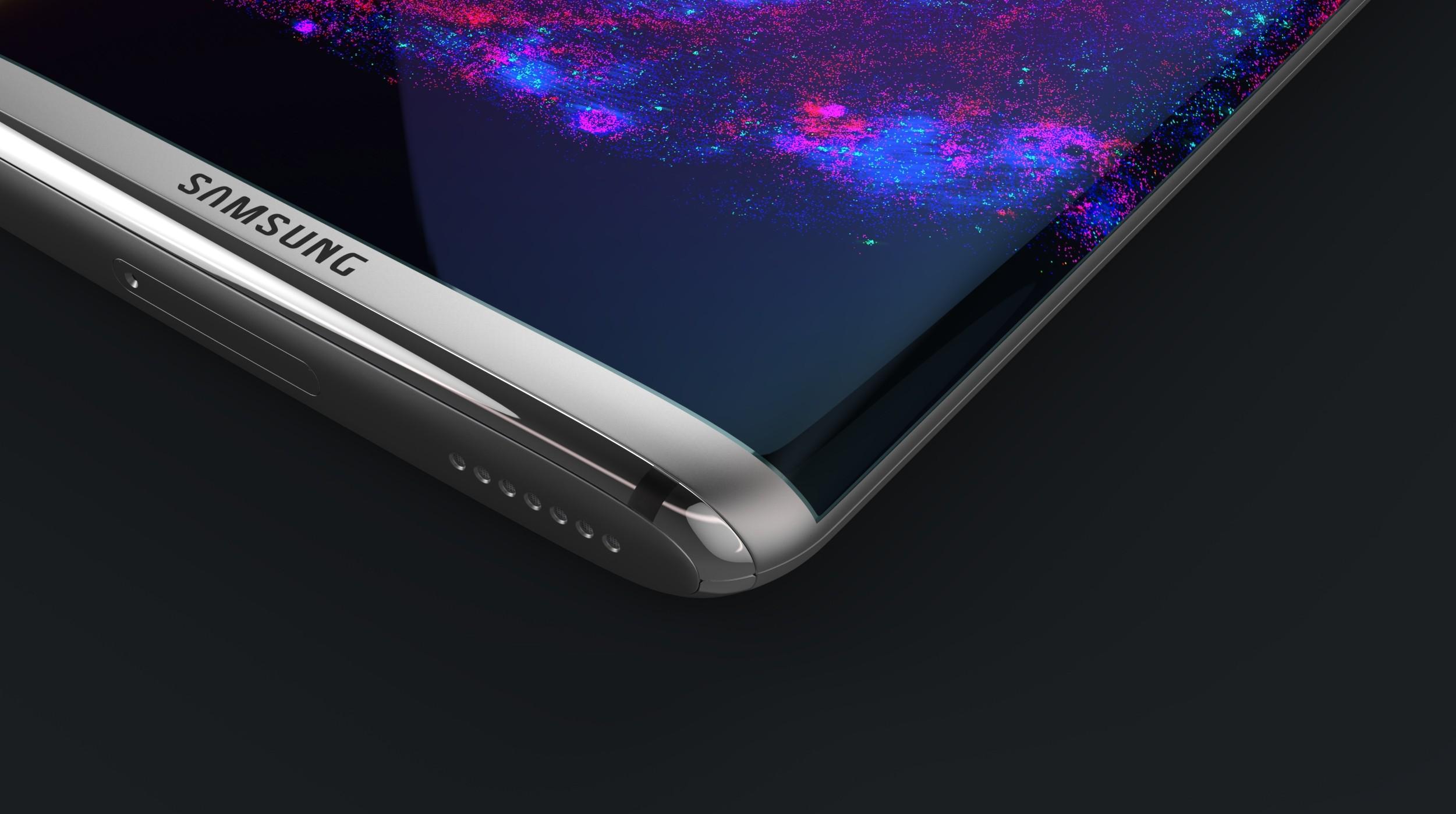 In other words – if Science Fiction has taught me anything – Bixby will bring about the Machine Wars and eventually end the human race. It’s only a matter of time. But until then, we’ll be able to work with Bixby and allow Bixby to be the best assistant we’ve ever had on a smartphone – or anywhere else, for that matter.

ABOVE: The Samsung Galaxy S8 concept smartphone in this article was created by Steel Drake (though the hero image was modified then by SlashGear). You can find more Steel Drake concept bits and pieces through Steel Drake dot com – there’s a fine Sony smartphone concept there now, too.

Bixby will work with the Galaxy S8 as well as future Samsung devices and smart home devices as well. If Bixby fulfills the promises that VIV had before being acquired by Samsung, this could be the next big jump in Artificially Intelligent PA. Self-learning, able to write code for itself, able to change and adapt.

According to SamMobile, Bixby will be used by Samsung in almost all native apps that’ll come pre-installed on the Galaxy S8. An example given by this source: asking Bixby to show pictures and/or videos of a certain type. Bixby could potentially show these images and videos regardless of the app open at the time.

This same source mentions that the Galaxy S8 will have an always-visible status bar. This would be similar to devices like the Google Pixel, whose status bar is (almost) always visible, regardless of which app is open. This wouldn’t necessarily reduce the amount of screen real-estate available to the end user – just so long as Samsung allows the status bar to disappear if app developers wish it.