Galaxy S8 ‘Pirates of the Caribbean’ Edition surfaces in photos

It appears Samsung is gearing up to offer a special ‘Pirates of the Caribbean’ edition of the Galaxy S8, at least per photos of such a device that have surfaced online. This wouldn’t be the first time Samsung launched a movie-themed special edition handset — we’ve seen it do similar for Batman and Iron Man. This latest phone has surfaced just days before the theatrical premiere of the next Pirates of the Caribbean movie — Dead Men Tell No Tales.

The information comes from Android Authority, which reports that details and images were posted on the Chinese websites Weibo and MyDrivers. In the images we see a special edition box, one that is clearly marked with an ‘S8,’ as well as the back of a handset featuring the now-iconic Pirates skull. 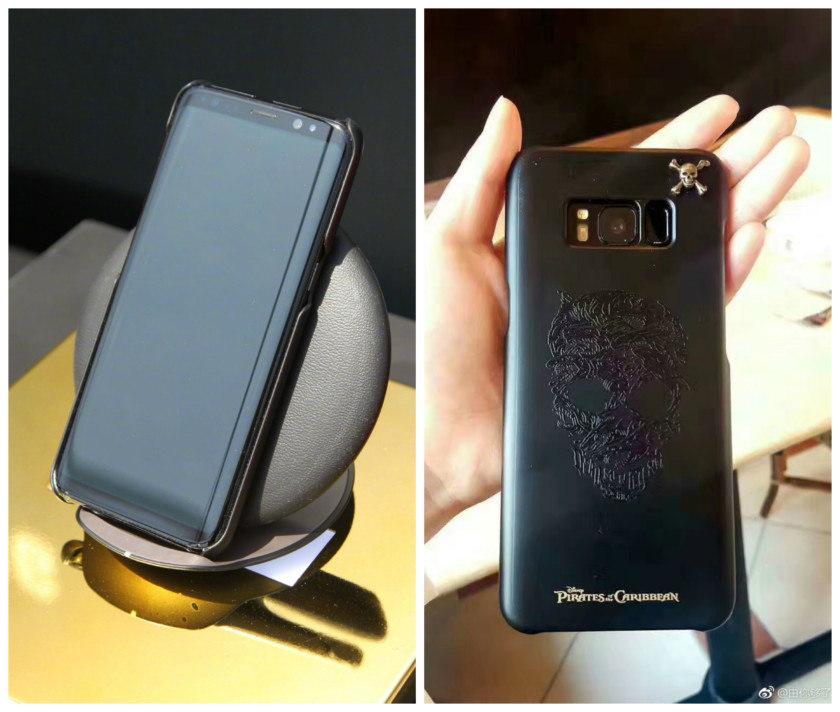 It doesn’t appear that Samsung has formally announced the handset at this time; the movie doesn’t arrive in theaters officially until May 26, though there are some early showings, so we’ll perhaps see the handset launched in the next 10 or so days. Until then we have to go by what the leaks show, which include a Galaxy S8 handset within a Pirates of the Caribbean phone case.

The kit is said to feature an ordinary Galaxy S8 phone with a phone case instead of a phone that has been altered to permanently show the theme. The handset is loaded with a customized user interface that appears when this ‘smart case’ is attached to the phone and disappears when it is removed, a function said to be facilitated by NFC. The kit itself includes the nifty ring visible in the top photo above, as well as some other unspecified accessories. Price and regional availability isn’t clear at this time.