The Galaxy Tab S3 is going to be Samsung’s nominal MWC 2017 star, but it is already being upstaged by the Galaxy S8. Especially if Samsung does have a teaser of sorts prepared next week. Case in point, the system image for the tablet has been leaked but, lo and behold, it supposedly contains clipart for the Galaxy S8. Take it for what it’s worth since we don’t know yet the connection between the two. These images, however, are quite telling of some of the features we expect to come in April when the Galaxy S8 does arrive.

The image shown above hints at the rather controversial location of the fingerprint scanner, to the right of camera lens. To be clear, it shows a finger placed on the heart rate sensor, something that has been for quite a few iterations already. We still have to see whether the one-sided placement of the fingerprint scanner, which on the surface seems to favor one specific way of holding the phone, will actually work differently in practice.

Another image shows the new on-screen navigation buttons for the Galaxy S8, which might also be a bit contentious, at least for Android purists. It would almost seem that, for the first time ever, Samsung has finally adopted the strongly advised Android convention of using on-screen navigation buttons instead of physical or capacitive ones like Samsung. That said, it seems that Samsung is still sticking to its preferred arrangement of those buttons, with the Back button on the right and the Multitasking button on the left, opposite of what the Android standard does. It is perhaps to provide a still familiar convention for long time Galaxy users. Hopefully, it can be configured. 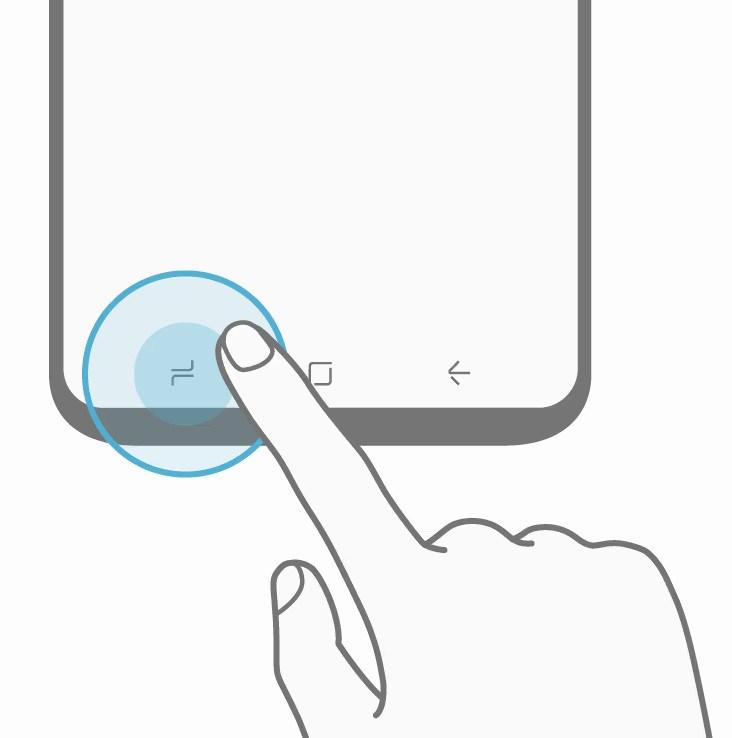 And finally there is one of the Galaxy S8 sitting cozily on what is believed to be a DeX Dock. DeX has been leaked as Samsung’s counterpart to Microsoft’s Continuum, which, on paper, transforms a phone’s interface into a desktop when connected to an external screen, keyboard, and mouse. Via a dock usually. As for the DeX Dock itself, it amusingly looks almost like a futon with what looks like Samsung’s circular wireless charging pad on the back. Why it would need wireless charging when it’s plugged in is a puzzle that needs solving.

Of course, a lot can still change before the Galaxy S8 actually lands in April. Samsung still has a lot of time to change some minor details, like navigation buttons, but the fingerprint sensor is probably there to stay.