Galaxy S6, S6 Edge show up side by side in leaked pics

Yesterday, the Galaxy S6 was leaked in all its prototype glory. Still cased in bubble wrap, we got our first look at what might be the next flagship from Samsung. Now, we’re getting a better look at the device, and a comparison to the Galaxy S6 Edge. Side by side (edge to edge?), the two phones give us our first look at Samsung’s new two-phone flagship scheme. Oddly enough, while the thought of a curved screen might not appeal to you, these pics might change your mind.

The Galaxy S6 is pretty close to what we saw yesterday, and has one feature that’s immediately noticeable. The home button is a bit chunkier; not so slim and ling this time around. That’s likely because Samsung has changed their fingerprint scanning to perform more like the Touch ID you find on the iPhone and iPad, where you don’t have to drag a finger across the button. 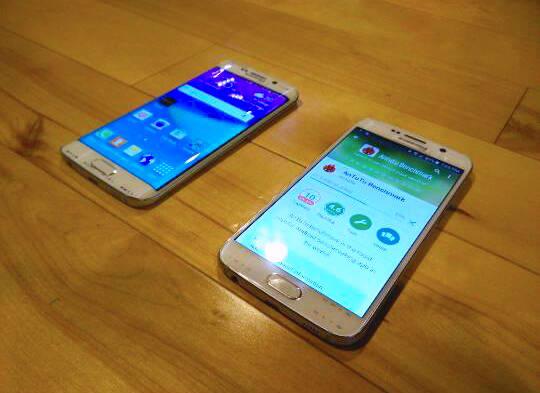 That edgy Galaxy S6 is actually pretty sharp. In these pics, the curve isn’t quite as pronounced as the Note Edge. I actually enjoy the Note Edge, so a dual-sided slope is going to be pretty interesting.

Around back, we find the camera hardware is bulging, and the flash sits right next to it. We hope that pretty obvious bulge means there is some amazing hardware packed in — something that iterates on Samsung’s recent history of really good smartphone cameras. 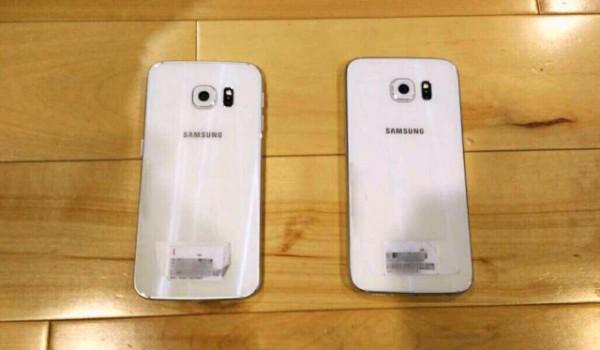 Still, it’s hard not to notice Samsung has decided to come to MWC with two flagship phones, each with its own use cases and market. The last time someone did that, Apple was giving us two big iPhones. Hopefully, the same move pulls Samsung from their rut.