Will the addition of a microSD card slot and a removable battery change your mind about the Galaxy S6? Incipio hopes so. They’ve created an Offgrid battery case that works for both the Samsung Galaxy S6 and the Samsung Galaxy S6 Edge that clamps either phone to a battery pack that adds a cool 3,700mAh of battery power while providing the option of expandable storage. The battery pack itself has a microSD card slot, as odd as that may seem, which uses the same micro-USB port as the battery normally would.

We’ve got the case here in our hands. It’s very sleek. While those of you that love the thinness of the Galaxy S6 will probably scream in horror when you realize you’ve doubled the size of your phone, everyone else will be more than willing to give that much space for what’s given in return.

The Samsung Galaxy S6 standard version has a 2,550mAh battery while the Galaxy S6 Edge has a 2,600mAh battery. The extra battery pack in this Incipio Offgrid case gives you more than a whole extra standard battery time’s worth of power at 3,700mAh.

See our “The big Samsung Galaxy S6 best case round-up and review if you need a case but don’t need the extra battery.

The case attaches to your phone in two parts. One fits around the front edge of your device, the other sits behind. Clips fit around the entire edge, and the device is held quite securely. While we would not trust this case to cushion falls from a third-story window, it’ll do just fine protecting your phone from pocket-level drops. 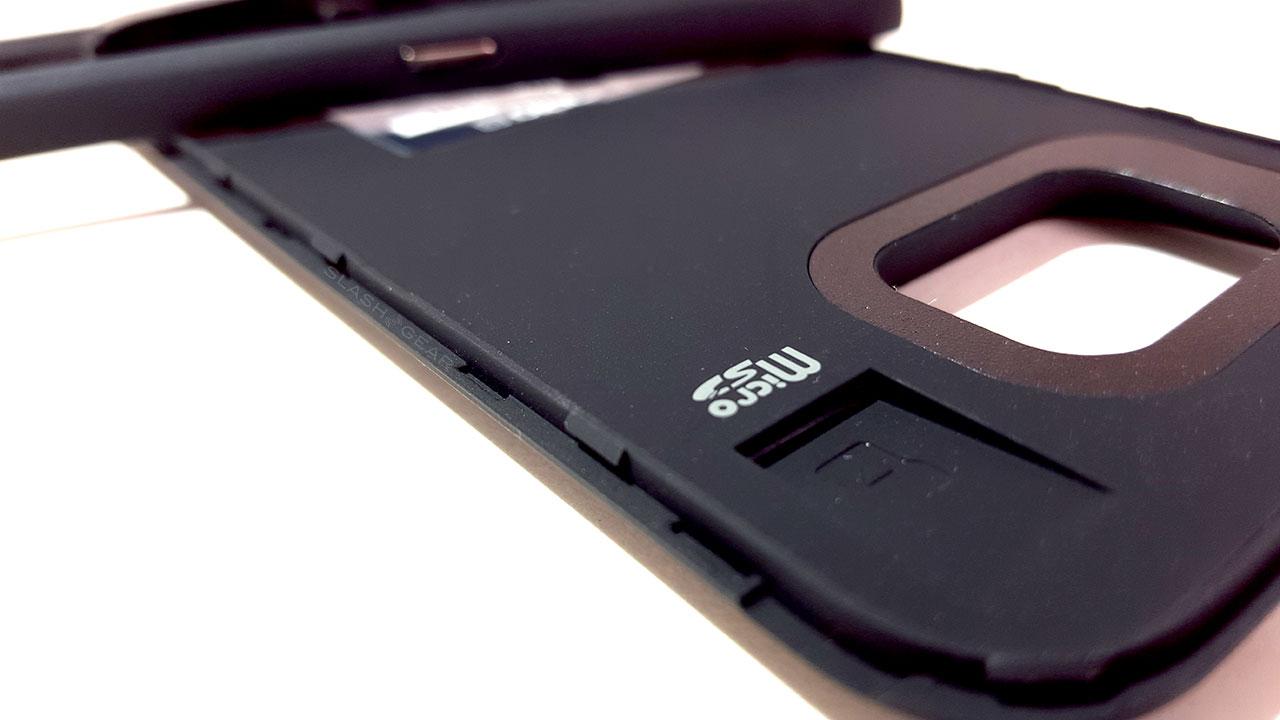 Unless the phone lands face-down, in which case you’re subject to rock-face blasts, since this case holds on to the edges of the phone, not aiming to protect the front more than a tiny bit.

The top of this case reveals one mic and your IR-blaster, while the bottom reveals your micro-USB port and your headphone port. This device works (somehow, magically) with Qualcomm QuickCharge 2.0, the same as the smartphone does. So you wont lose that particularly speedy bit of the equation.

While this case will not allow wireless charging, it does allow the NFC-based “swipe and pay” abilities of the smartphone to continue to work right through the back, as they normally would. 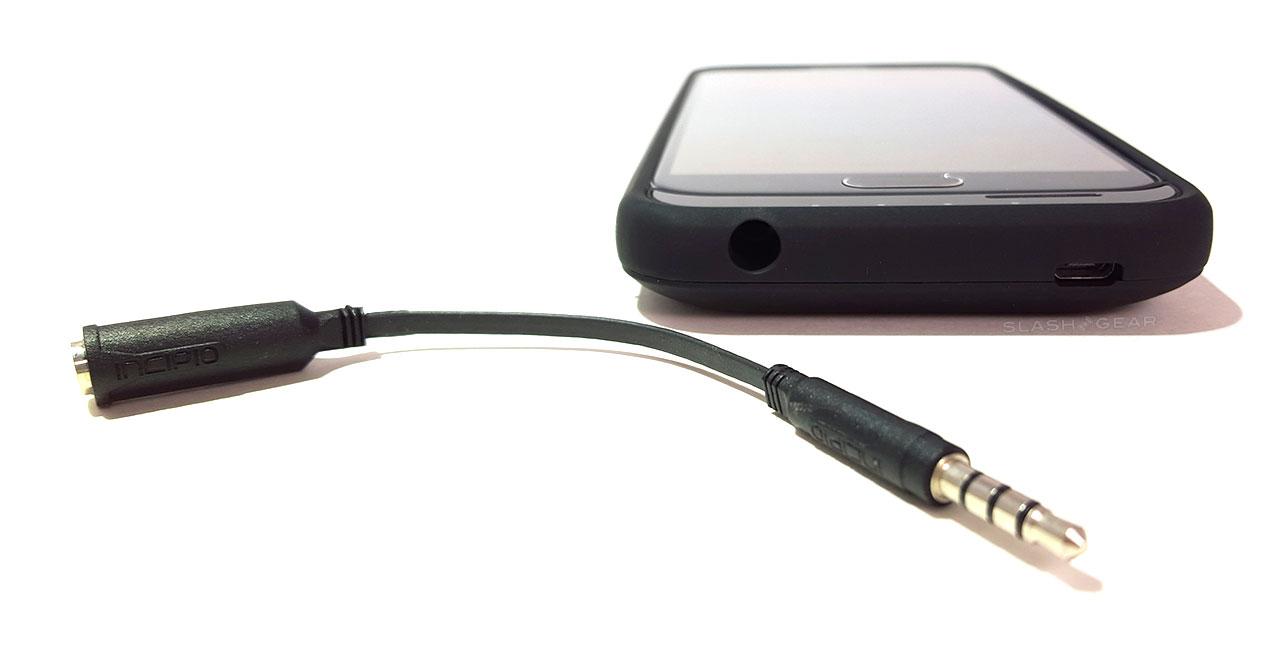 The headphone port is long and thin – too thin for most headphone jacks. Incipio realizes this, and provides an extension jack to make it work with whatever you’ve got on hand.

On the right side of the device is an extended power button to reach your standard power button. There’s also a button to switch between power and microSD storage. Pressing for three seconds switches between the two.

The microSD card slides in behind the phone into the battery pack, safe and secure whenever the case is attached. This port allows you to work with an up to 128GB microSD card.

Along the left side you’ll find a toggle switch to switch between storage mode and charging mode. Why on earth there’s a button and a switch on this device that do essentially the same thing, we do not know – but they both work. 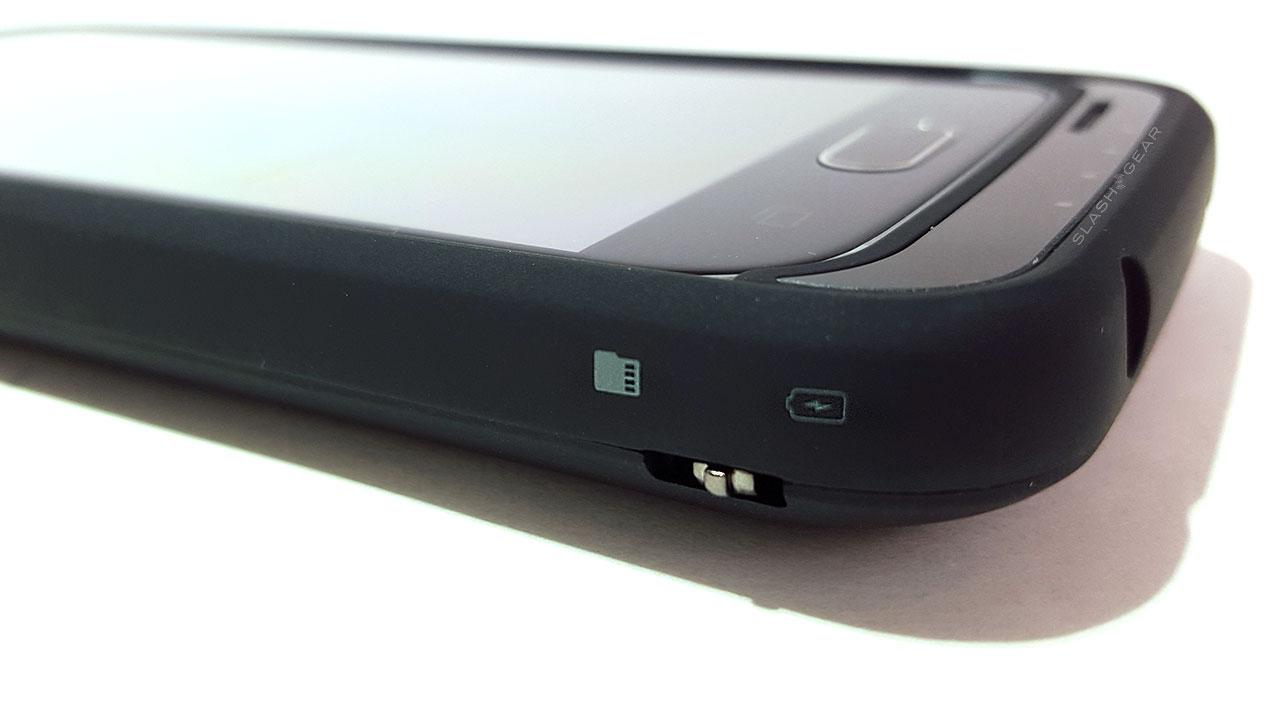 The left side here also has volume buttons that tap your smartphone’s volume buttons. There’s also a metal grill up front that’s essentially a tube to your bottom-facing speaker, which doesn’t do anything to amplify your sound, but does make it bounce forward more than down, which is nice.

Again, this device works just as well for the Galaxy S6 Edge as it does the standard Galaxy S6. There’s a separate edge for the front that fits that device specifically, holding it down just as securely as the standard S6.

The Incipio Offgrid Battery Case for Samsung Galaxy S6 and Galaxy S6 Edge will cost you $89.99 USD. That price includes both the front casings for the Galaxy S6 and the S6 Edge in one box. This case comes in black.