Galaxy S20 Ultra teardown: Difficult to repair, but not impossible

iFixit has published its Galaxy S20 Ultra teardown results, giving consumers their first detailed look inside of Samsung’s latest and greatest Galaxy handset. The good news is that if you’re patient and brave enough, the S20 Ultra can be repaired at home. The downside, as you may expect, is that it won’t be simple to take this phone apart and you’ll need several tools to make it possible.

The new iFixit teardown starts off the way you’d expect, which is with a heat gun used to soften the adhesives, making it possible to remove the back of the device.

If you attempt to replicate this yourself, you’ll need a big suction cup to pull the panel free. iFixit notes that the glue ‘seems tougher than usual,’ but the team isn’t sure what to make of it at this point.

Fortunately, the back can be removed without ripping out cables, which is often the first delicate operation for disassembling a modern phone. Once the back panel was removed, iFixit discovered that the handset’s cameras have protruding cones, explaining the large camera bump on the S20 Ultra. Unlike the other S20 models, the Ultra features a massive 108MP camera, among others. 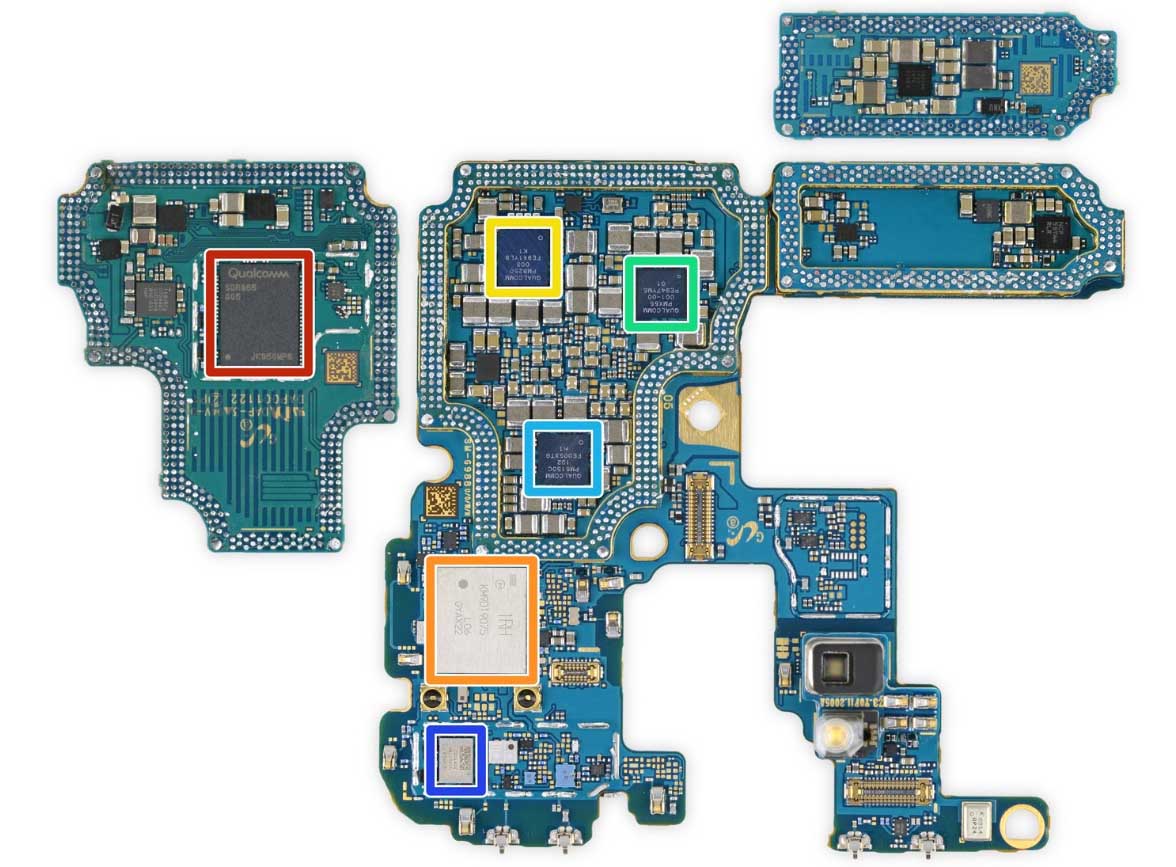 The teardown notes that Samsung used Phillips screws exclusively, which makes it easy to remove the mainboard. Consumers interested in all of the bits can see a clean layout of the various components powering the handset, including the Qualcomm 5G modem, Samsung flash storage, Murata Bluetooth and WiFi module, and more.

Ultimately, the teardown only gave the S20 Ultra one positive point, which is that Samsung used identical Phillips screws as fasteners. As a neutral point, the model also features many independently replaceable and modular components, but the USB-C port will likely experience extra wear due to the lack of a headphone port.

The downsides are what we’d expect, though — the battery is difficult to replace due to all of the glue, the entire device has to be disassembled to replace the display, and any repair requires the user to unglue the back panel, which is made from fragile glass. As a result, the Galaxy S20 Ultra earned a repairability score of only 3 out of 10.